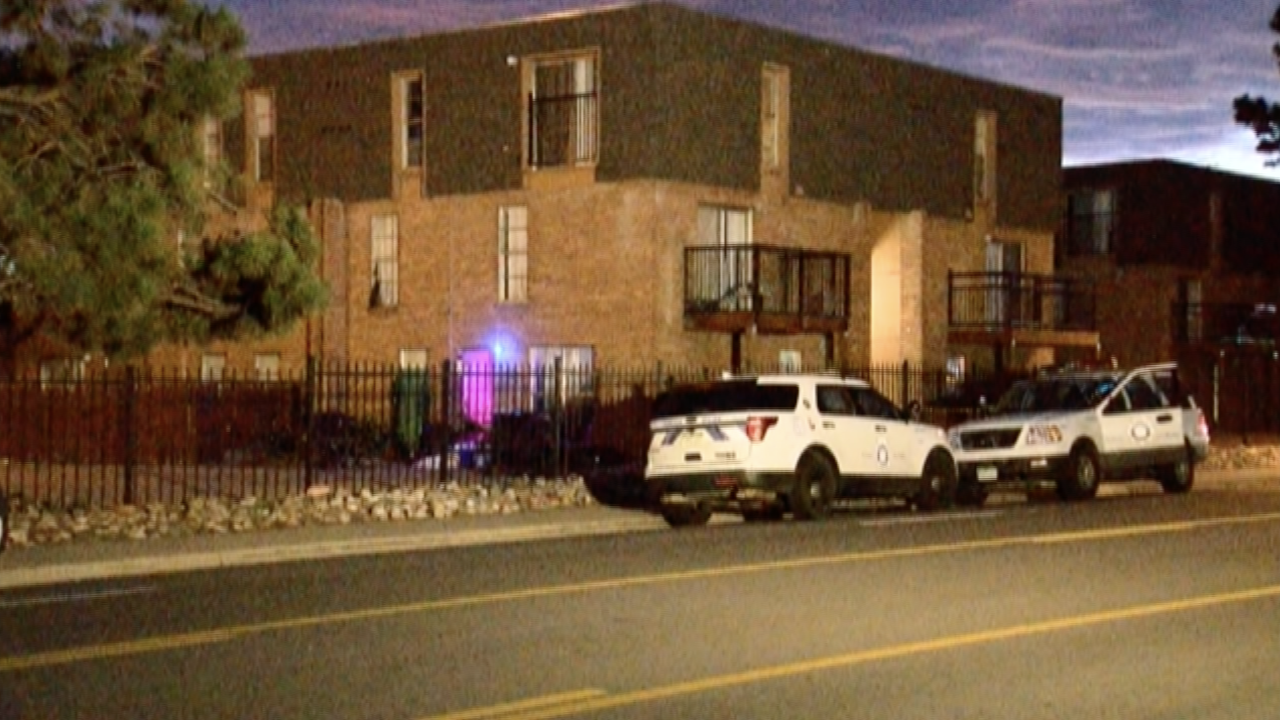 Copyright 2019 Scripps Media, Inc. All rights reserved. This material may not be published, broadcast, rewritten, or redistributed.
Denver police cruisers sit outside the scene of a shooting on East Albrook Drive Friday morning.

DENVER — Three people were killed in four separate shootings between Thursday evening and early Friday morning, though police did not release details about most of the shootings until late Friday morning.

According to a Denver Police Department news release issued just before 11 a.m. Friday, the first shooting took place shortly before 6:30 p.m. near West Colorado Avenue and South Meade Street. Police provided few details at the time but said Friday morning that an adult male victim was taken to the hospital, where he was pronounced dead.

Denver police then tweeted they were investigating a shooting in the 12400 block of East Albrook Drive at about 2 a.m. Friday but didn’t provide any further details.

Later Friday, police said they found two victims at the scene, an adult male and an adult female, both of whom were taken to the hospital. The woman died at the hospital and the man remains in critical condition but is expected to survive, police said.

About 15 minutes after they tweeted about the Albrook Drive shooting, police tweeted they were responding to a shooting in the 3200 block of Julian Street. Later Friday, police said an adult male bystander was taken to the hospital with a gunshot wound that did not appear to be life-threatening. Officers said they did not have any information on a suspect.

#DPD Officers are on-scene in the 3200 Blk of Julian St investigating a shooting. There is no suspect Information available at this time. #Denver pic.twitter.com/qLOqTH0kRp

Then, at about 3 a.m., police tweeted they were responding to a shooting in the area of 54th Avenue and Xenia Street. In the news release on Friday, police said a juvenile victim in that shooting died at the hospital.

#DPD Officers are on-scene in the area of 54th Avenue & Xenia St investigating a shooting. There is no suspect Information available at this time. #Denver pic.twitter.com/AeYxLJUe82

Police have not provided any further details on any of the shootings, including whether any suspects were arrested.

Detectives ask that anyone with information on any of the shootings call Metro Denver Crime Stoppers at 720-913-STOP (7867).