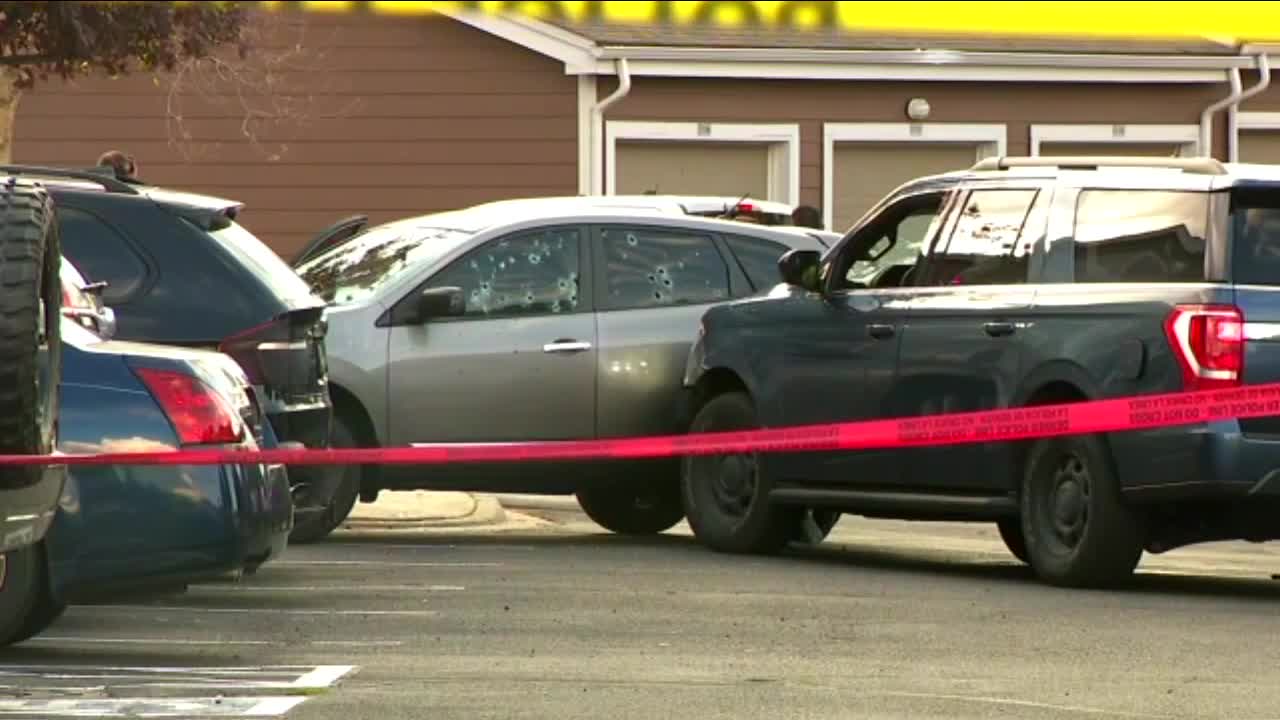 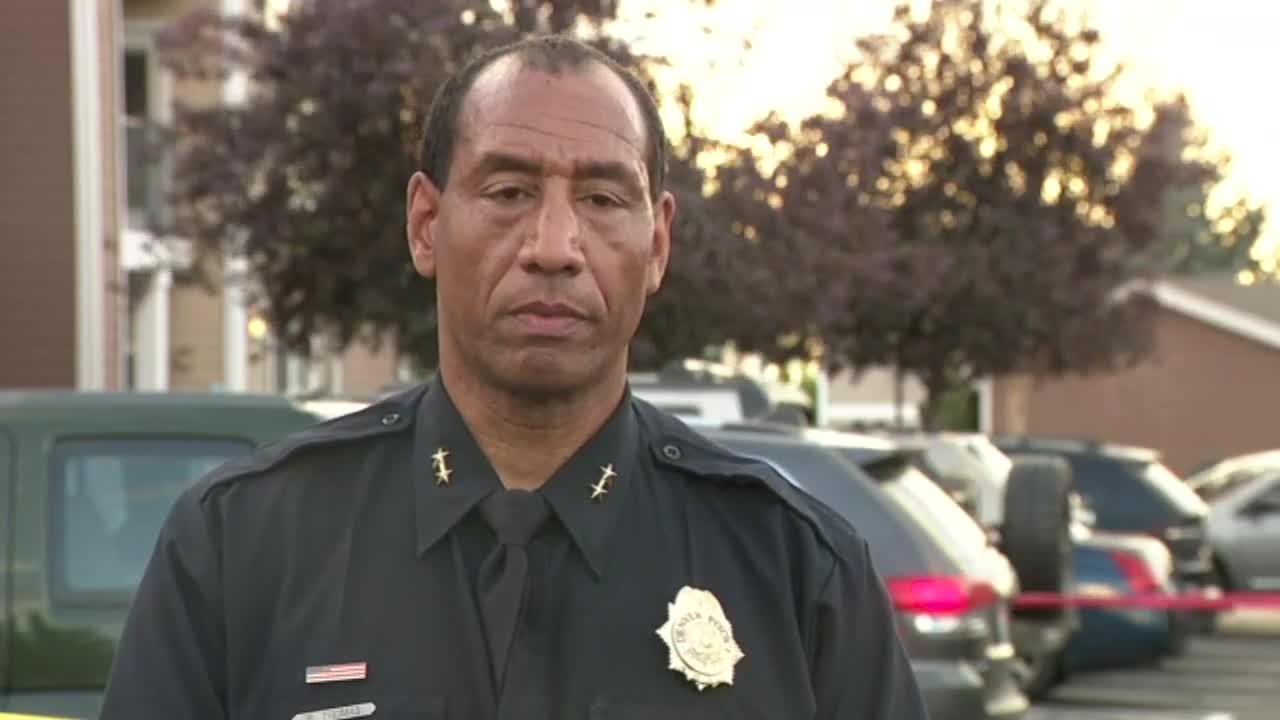 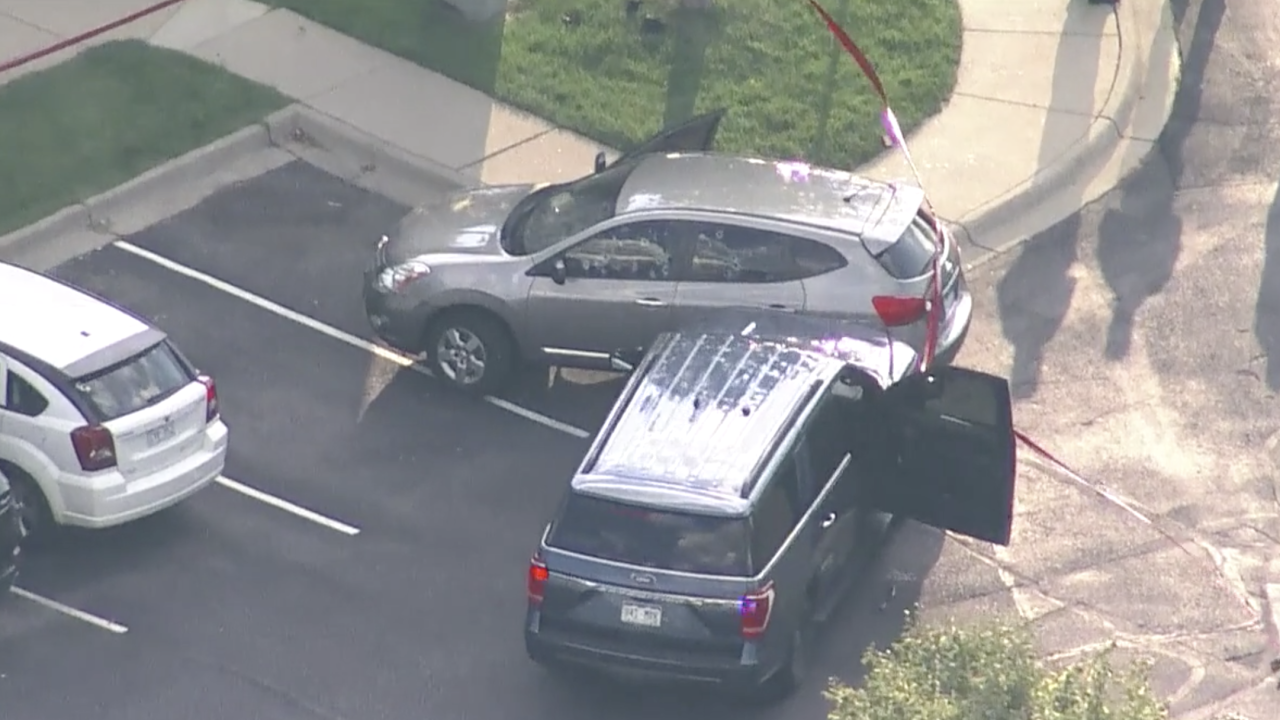 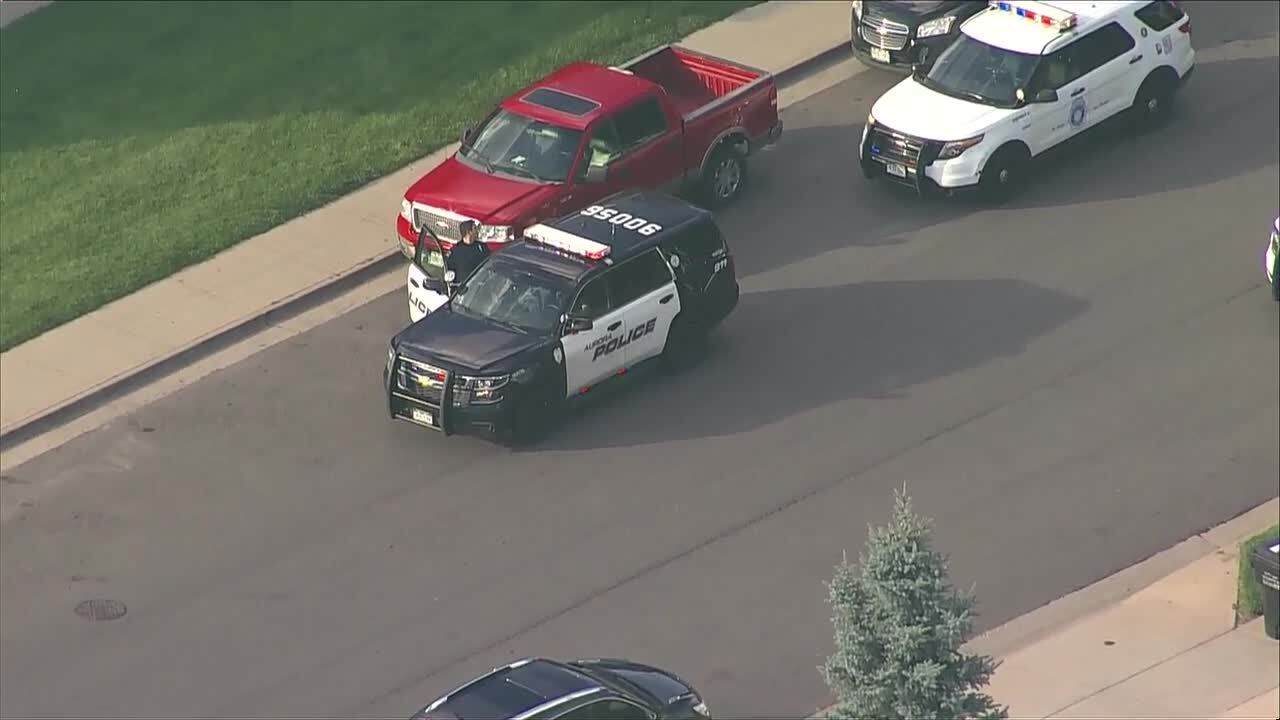 The shooting in the 4700 block of Argonne St. was first reported by the Denver Police Department just before 6 p.m. The area is near the intersection of Green Valley Ranch Boulevard and Tower Road.

During a news conference Monday evening, Denver Police Division Chief Ron Thomas said at around 5:30 p.m., officers followed suspects who are believed to be involved in a number of robberies in the Denver metro area.

Police were able to follow the suspects to the area of 47th Avenue and Andes Way when they tried to make contact with them but one of the suspects ran to the parking lot of an apartment complex on Argonne Street.

Thomas said the suspect then tried steal a vehicle at gunpoint from two people. At that time, Aurora police "engaged" the suspect and shots were fired.

One officer was shot in the arm and the hand. A second officer sustained non-life-threatening injuries following the exchange of gunfire, according to sources with knowledge of the investigation. The robbery suspect was also shot multiple times and is in critical condition at Denver Health, Thomas said.

Aurora police said in a tweet both officers - later revealed to be part of the department's SWAT team - were being treated at UCHealth Hospital in Aurora, where they recovered from their injuries.

On Tuesday morning, Aurora Mayor Mike Coffman said both officers are expected to survive and "my prayers are with the officers and their families for a speedy recovery. Both Denver and Aurora are facing a surge in violent crime and I deeply appreciate the sacrifices that our men and women in blue are making to stem the violence."

Both officers are recovering at home as of Thursday morning. The suspect, 22-year-old Dontari Hudson is also out of the hospital and has been transferred to the Downtown Detention Center.

Thomas said the suspects whom they initially tried to contact are being investigated in connection with armed convenience store robberies in Denver and Aurora.

The shooting remains under investigation.