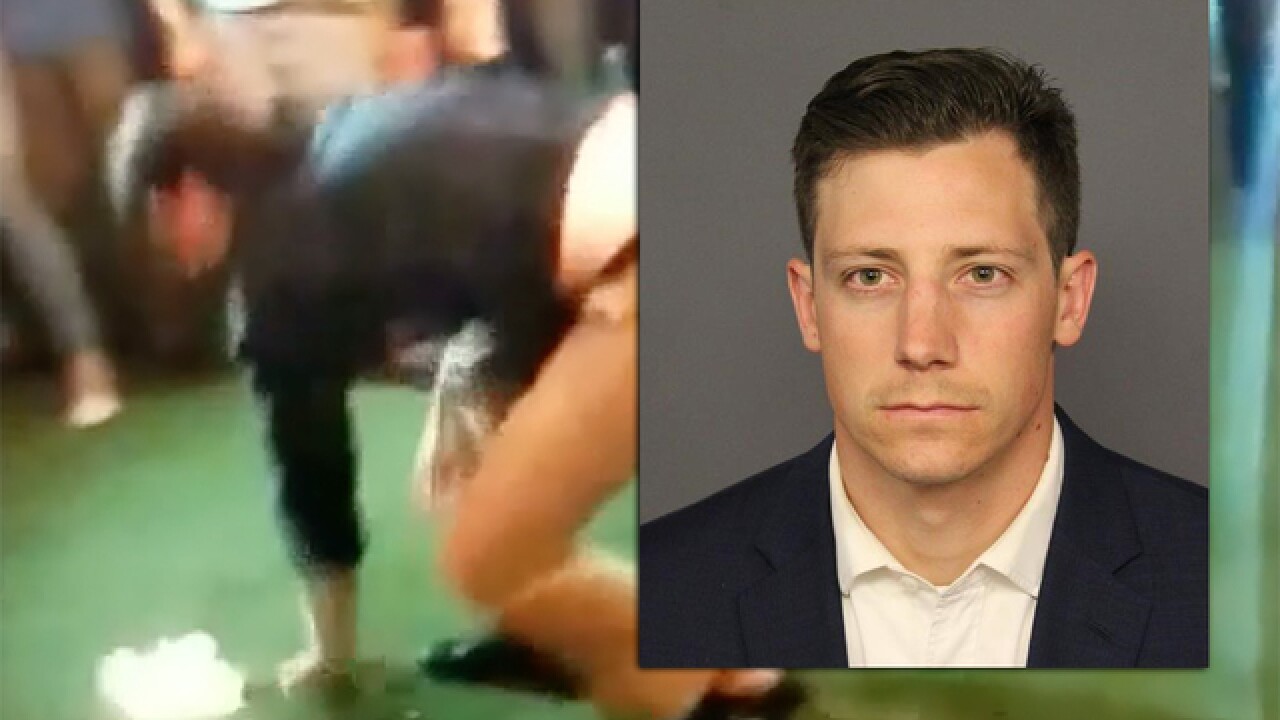 DENVER – The dancing FBI agent who shot a man at a Denver nightclub in June when his handgun fell from his waistband as he performed a backflip pleaded guilty Friday to misdemeanor third-degree assault and will avoid jail time.

"We believe that this agreement strikes an appropriate balance of seeking justice for the victim and unsuring that this type of incident does not happen again," Denver District Attorney Beth McCann said in a statement.

The accidental shooting happened in the early morning hours of June 2 at the Mile High Spirits club as Bishop performed a backflip inside.

Denver7 interviewed Tom Redington, the man who was hit by the bullet, in June. Reddington’s attorney said the bullet hit one of his client’s main arteries and he could have bled to death had witnesses not stepped in to create a makeshift tourniquet with a belt.

When Bishop pleaded not guilty to the felony charge in November, prosecutors said a plea deal was in the works. Bishop had been allowed to travel back and forth between Denver and Washington, D.C., where he lives and works, as part of his bond conditions.

In exchange for Bishop’s guilty plea Friday, the felony charge was dismissed. Under the plea agreement, he was sentenced to two years of probation and will have to pay into the Victim’s Assistance Fund, pay a $1,200 probation supervisor fee, and pay court costs and other administrative fees.