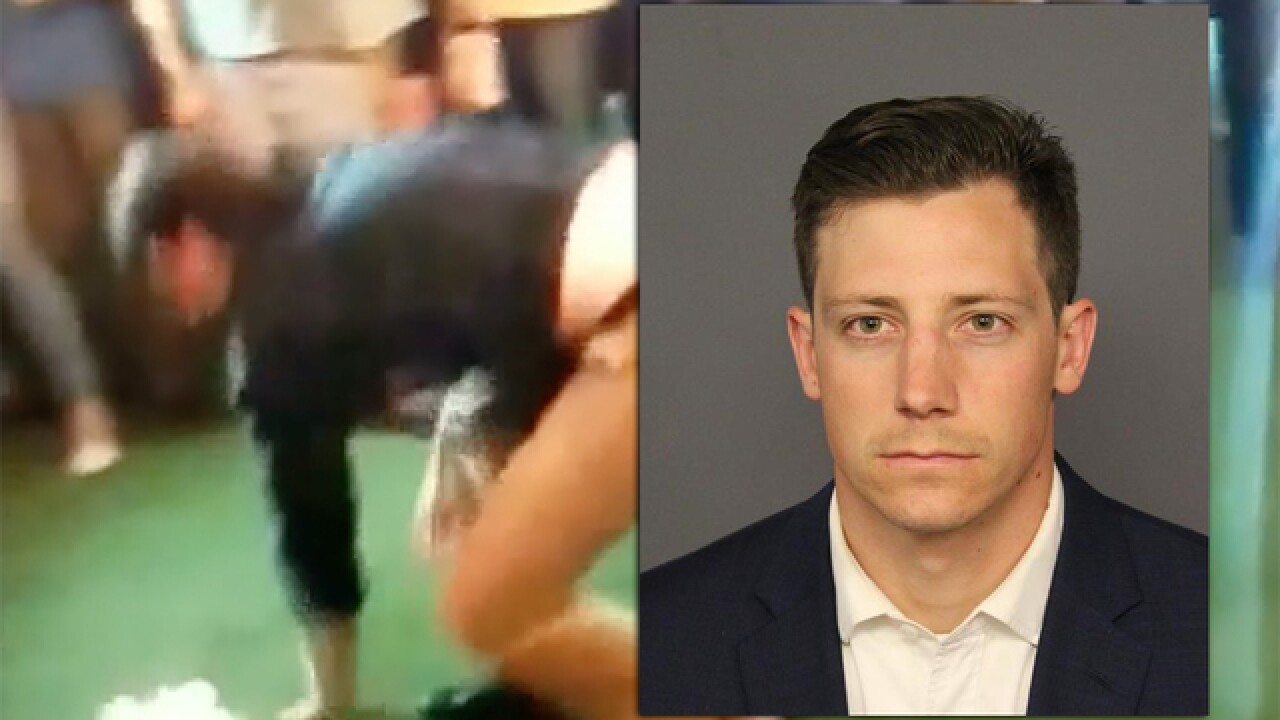 DENVER (AP) — An FBI agent who accidentally shot a man in the leg while dancing at a Denver nightclub will be arraigned on a second-degree assault charge in October.

The Denver Post  reports  29-year-old Chase Bishop appeared in court Tuesday for a routine hearing. An arraignment hearing was set for Oct. 18.

Bishop, who lives in works and Washington, D.C., is charged with second-degree assault in the June 2 shooting at Mile High Spirits and Distillery, which was captured on video shared with local media.

The video shows Bishop dancing and performing a backflip. His gun fell from his waistband holster and apparently discharged when he went to pick it up.

The bystander, Tom Reddington, was treated and released from a hospital.

Last month, a judge ruled Bishop could continue to carry his work weapon.