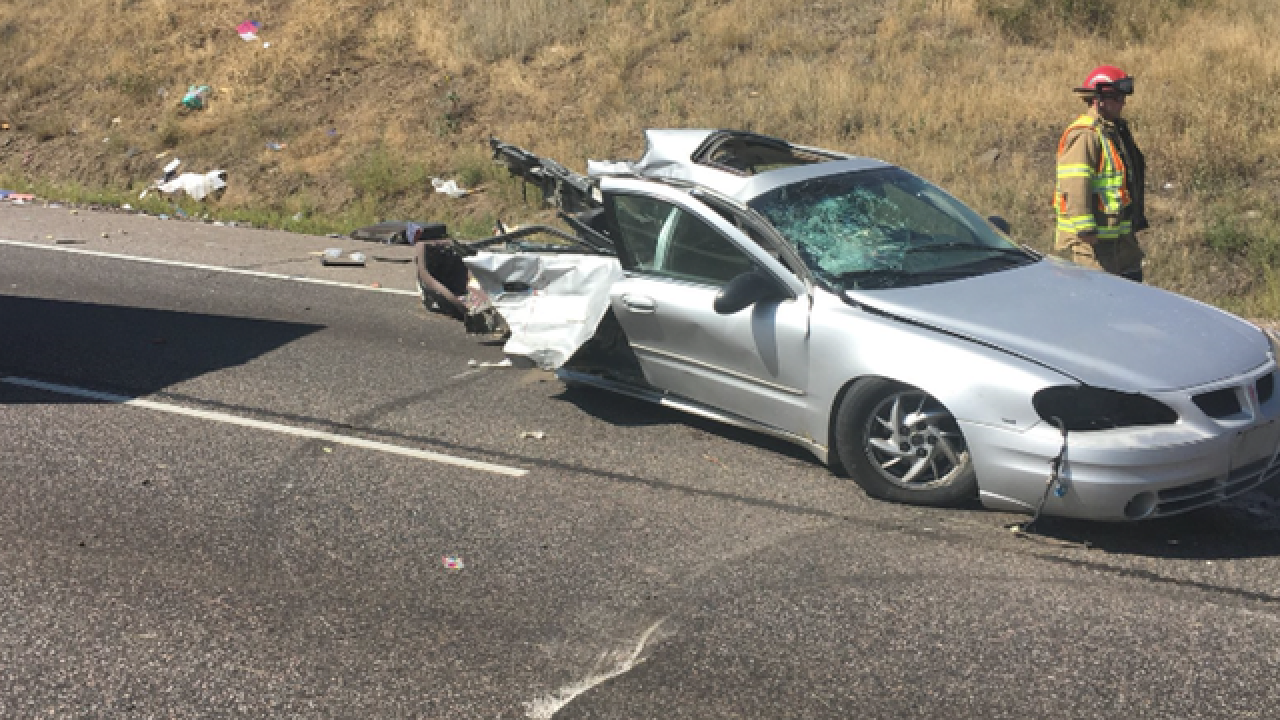 DENVER – The mother of a 2-year-old toddler killed in a crash on westbound I-70 near the Lookout Mountain exit on Friday afternoon could face vehicular homicide charges.

A spokesperson for the Colorado State Patrol told Denver7 on Saturday the agency will recommend vehicular homicide charges to the Jefferson County District Attorney’s Office, who will then make the decision on the filing of formal charges.

The 2-year-old passenger was killed after her mother, who is suspected of driving under the influence, reportedly hit the brakes and lost control of her silver Pontiac sedan, crossing over from the eastbound lanes and crashing into oncoming traffic, according to CSP Trooper Gary Cutler.

Photos of the crash showed the sedan with its rear, including the back seat, completely sheared off; a black pickup truck involved in the crash ended up in an embankment.

The family of the little girl has set up a GoFundMe account to cover funeral expenses.

The crash and subsequent closure of the highway caused I-70 westbound traffic to backup for several miles.