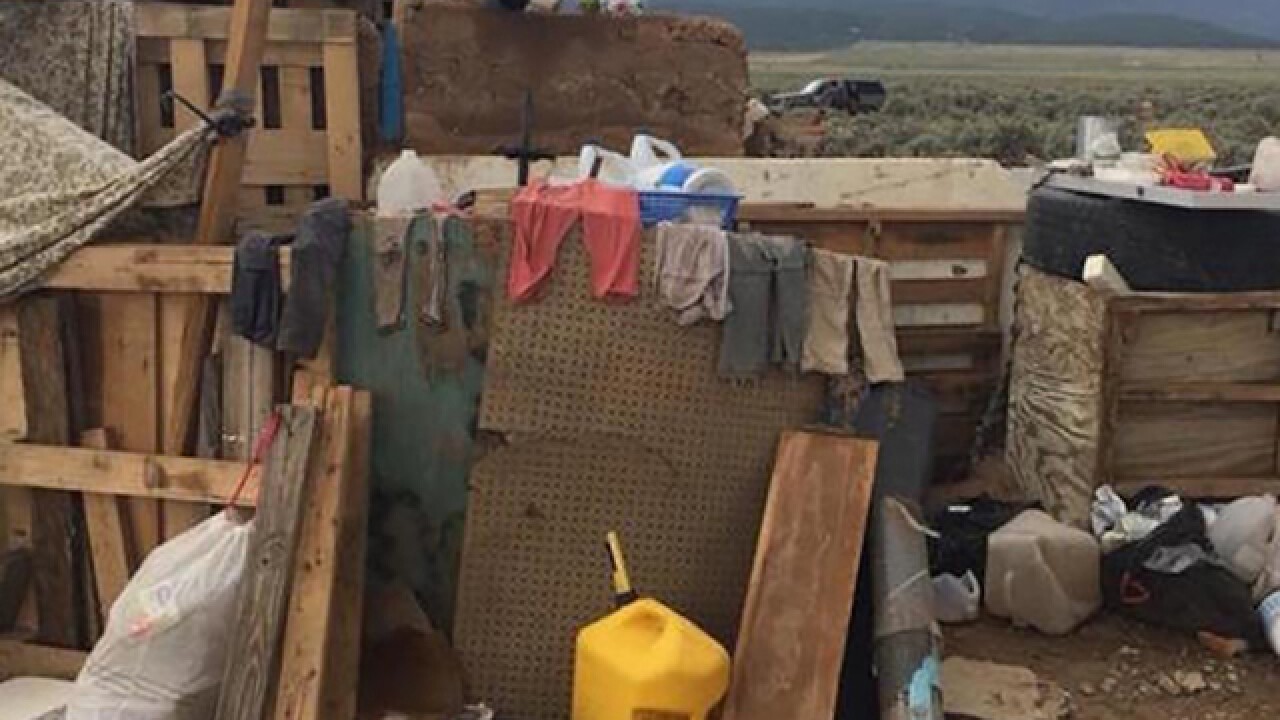 TAOS, N.M. (AP) — The father of a missing Georgia boy was training children at a New Mexico compound to commit school shootings, prosecutors said in court documents obtained Wednesday, as authorities waited to learn if human remains found at the site were those of the boy.

The documents say Siraj Ibn Wahhaj was conducting weapons training with assault rifles at the compound near the Colorado border where authorities say they found 11 hungry children living in filthy conditions in a raid Friday.

Prosecutor Timothy Hasson filed the court documents while asking that Wahhaj be held without bail after he was arrested last week with four other adults facing child abuse charges.

"He poses a great danger to the children found on the property as well as a threat to the community as a whole due to the presence of firearms and his intent to use these firearms in a violent and illegal manner," Hasson wrote.

Prosecutors did not bring up the school shooting accusation in court on Wednesday during an initial appearance by the abuse suspects. A judge ordered Wahhaj held without bond pending further proceedings.

In the court documents, authorities said a foster parent of one of the 11 children removed from the compound had told authorities that the child had been trained to use an assault rifle in preparation for a school shooting.

Authorities say human remains found at the compound were being analyzed by medical examiners to determine if they are those of Abdul-ghani Wahhaj, who is severely disabled and went missing in December in Jonesboro, Georgia, near Atlanta.

In a Georgia arrest warrant, authorities said the father had told the boy's mother that he wanted to perform an exorcism on the child because he believed he was possessed by the devil. He later said he was taking the child to a park and didn't return.

The father was among those arrested at the compound. He is accused in Georgia of kidnapping the boy and a warrant for his arrest was issued.

The warrant said the missing boy had severe medical issues, including a defect caused by lack of oxygen and blood flow around the time of birth. It said he cannot walk and requires constant attention.

For months, neighbors worried about the squalid compound built along a remote New Mexico plain, saying they took their concerns to authorities months before sheriff's officials raided the encampment, described as a small camping trailer in the ground.

Authorities said during the raid Friday that they had found the father armed with multiple firearms, including an assault rifle. They also said they believed there was a shooting range on the site.

The group arrived in Amalia in December, with enough money to buy groceries and construction supplies, according to Tyler Anderson, a 41-year-old auto mechanic who lives nearby.

He said he helped the newcomers install solar panels after they arrived but eventually stopped visiting.

Anderson said he met both of the men in the group, but never the women, who authorities have said are the mothers of the 11 children, ages 1 to 15.

Anderson did not recall seeing the Georgia boy who was missing. But he said some of the smaller children from the compound turned up to play with children at neighboring properties after the group first arrived.

"We just figured they were doing what we were doing, getting a piece of land and getting off the grid," Anderson said.

As the months passed, however, they stopped seeing the smaller children playing in the area. They also stopped hearing guns fired off at a shooting range on the property, he said.

Jason Badger, who owned the property where the compound was built, said he and his wife had pressed authorities to remove the group after becoming concerned about the children.

The group had built the compound on their acreage instead of a neighboring tract owned by Lucas Morton, one of the men arrested during the raid.

"I started to try and kick them off about three months ago and everything I tried to do kept getting knocked down," said Badger said.

A judge dismissed an eviction notice filed by Badger against Morton in June, court records said. The records did not provide further details on the judge's decision.

After the raid, Anderson went over and looked at the property for the first time in months.

"I was flabbergasted from what it had turned into from the last time I saw it," he said.