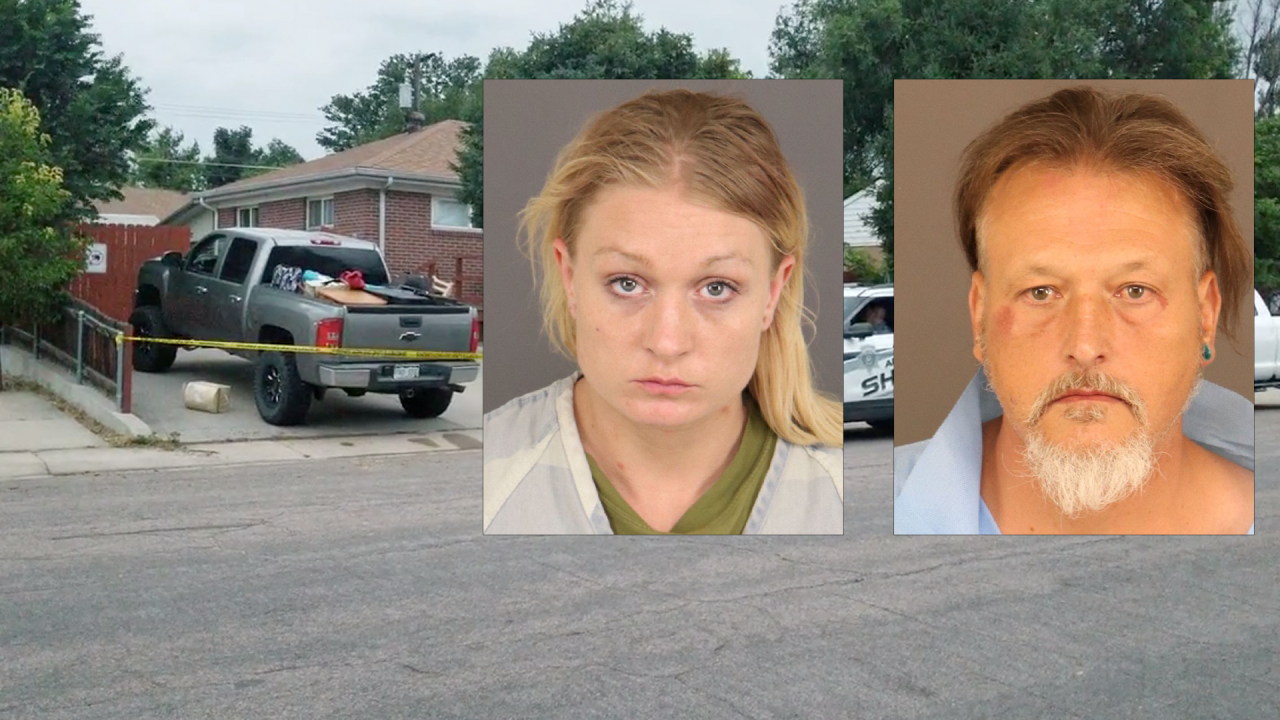 ADAMS COUNTY, Colo. – A couple arrested for a string of what police are calling road rage shootings in the Denver metro area were charged Thursday with ten counts of attempted first-degree murder, according to a spokeswoman with the 17th Judicial District Attorney’s Office.

The couple were also charged with three counts of illegal discharge of a firearm, a class 5 felony and crime of violence, a sentencing enhancer.

At least six vehicles were struck by bullets shot from the suspects’ pickup truck as it traveled from Littleton to unincorporated Adams County on Sunday evening, authorities said. No one was injured.

Littleton police said the incident began around 6 p.m. as a road rage dispute between the suspects and the driver of a late-model BMW SUV in the intersection of South Santa Fe Drive and West Belleview Avenue.

As the suspects’ pickup truck left the scene, numerous shots were fired from the fleeing pickup toward the SUV, police said. At least three cars were damaged by gunfire.

About an hour later, drivers in the area of U.S. 36 and Interstate 25 in Adams County reported that someone in the suspects’ pickup was firing rounds at cars. Authorities said three vehicles were struck in that incident.

A victim followed the suspects to a home at 1212 Lipan Drive in unincorporated Adams County and called police.

Adams County deputies arrived at the home and talked to several witnesses and victims. Detectives later arrested the Denver couple and booked them into the Adams County Jail on five counts of criminal attempt to commit murder in the first degree and three counts of illegal discharge of a firearm.

Their bonds are set at $500,000 with GPS monitoring and supervised release.