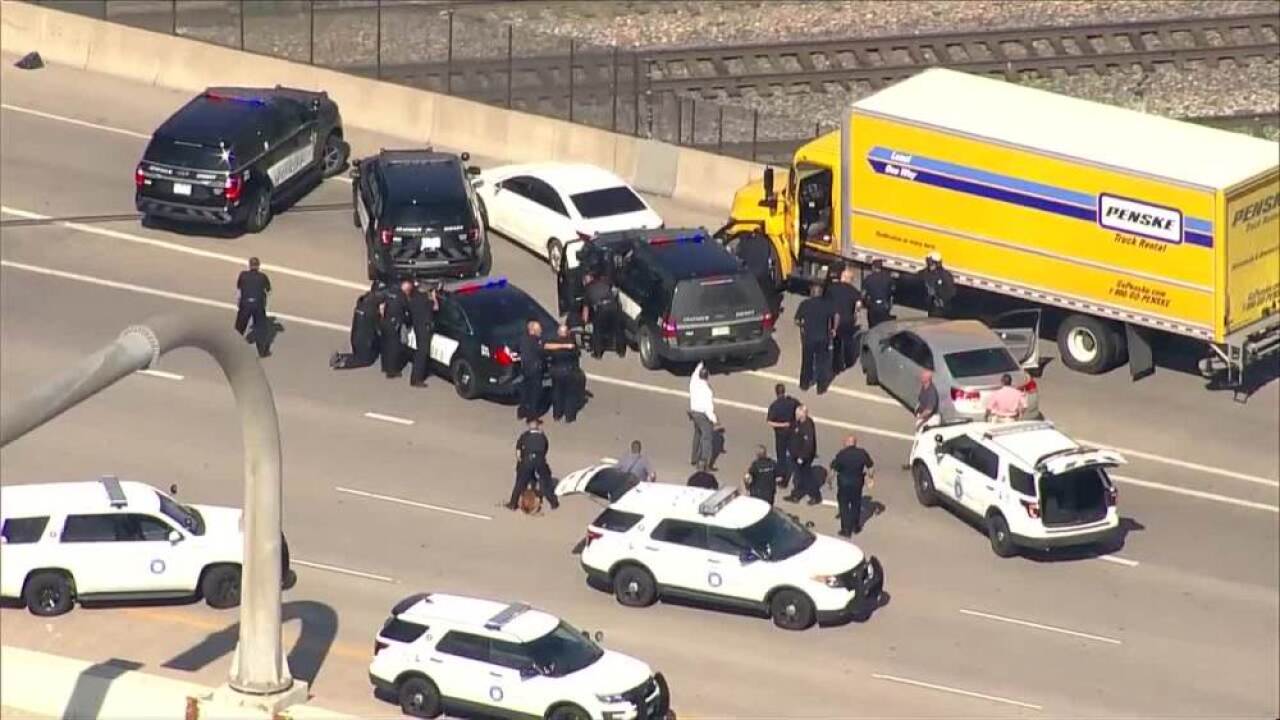 DENVER — The Denver Office of the Medical Examiner identified Monday the man who died after stealing a car at gunpoint in Strasburg Thursday and then leading deputies on a chase on Interstate 70 into Denver.

Andy Escobar, 18, was pronounced dead at Denver Health after shooting himself inside the stolen car following the end of the chase at the Washington Street exit on I-70, near I-25, Thursday afternoon, officials said. The manner of his death was ruled a suicide.

The chase began when Arapahoe County deputies spotted Escobar on I-70 as they were responding to the Strasburg call. Deputies chased the suspect into Denver, reaching speeds of more than 100 mph until the chase was slowed by traffic, the sheriff’s office said.

Police issued several verbal commands at Escobar, but he did not comply, and the officers fired less-lethal rounds at the car, Denver police said. The officers then heard a gunshot from inside the vehicle, and when they approached the car, they found Escobar with an apparent self-inflicted gunshot wound.

The shooting shut down I-70 in Denver for several hours Thursday, creating extensive delays.