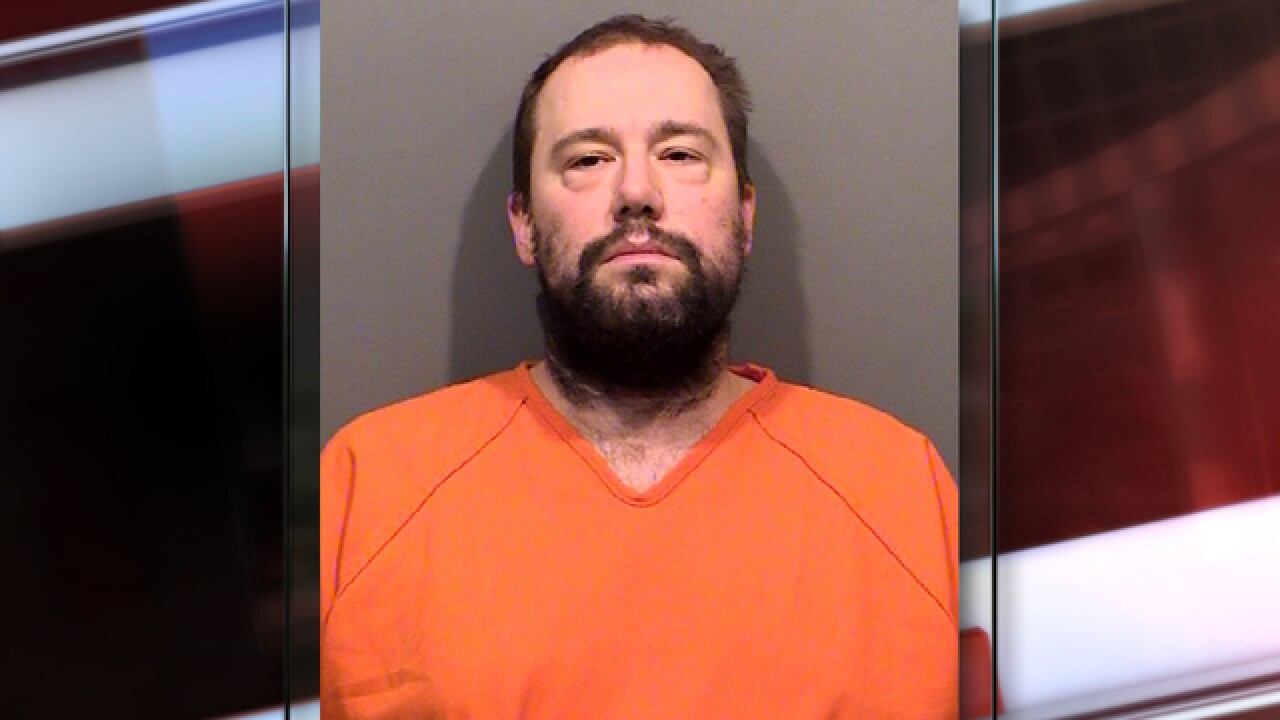 Arvada Police Department
<p>Julius Sandrock, 38, was arrested Saturday on suspicion of stalking Swift, though she wasn’t home at the time. </p>

DENVER – Prosecutors are arguing that the Colorado man arrested with weapons over the weekend outside of Taylor Swift’s Beverly Hills home violated his probation he received as a result of firing a rifle at a man in Arvada last year.

Julius Sandrock, 38, was arrested Saturday on suspicion of stalking Swift, though she wasn’t home at the time. Los Angeles County court records indicate he was released from custody Tuesday, despite jail records indicating he had a $150,000 bond.

Court filings for a temporary restraining order show Sandrock was wearing a mask and rubber gloves when he was discovered by police, and that he had a knife, ammunition, rope and more gloves and masks in his car when he was arrested.

The Associated Press reports that officers also found several prescription medications in his car, which Sandrock told police he took because of a host of mental health issues, including depression, bipolar disorder and obsessive-compulsive disorder, citing court documents.

California authorities had said Sandrock drove to Swift’s home straight from his home in Broomfield, Colo.

On Wednesday, a spokesperson for the First Judicial District Attorney’s Office said that a complaint had been filed with the probation division alleging that Sandrock’s arrest in California violated the terms of his probation in Colorado.

He pleaded guilty at the beginning of January to disorderly conduct – discharge of a weapon, and was sentenced to two years of probation with stipulations he not possess any weapons or ammunition, undergo a mental health evaluation, and receive treatment if necessary, the DA’s Office spokesperson, Pam Russell, told Denver7.

His probation was transferred to Boulder County in late January, Russell said.

The conviction stemmed from an incident that happened in June 2017 near W. 64th Ave. and Olde Wadsworth Blvd.

Two people were crossing a crosswalk at the intersection when Sandrock pulled up close to them in his then-wife’s car. Sandrock and a man got into a shouting match, and there was a brief physical altercation, according to witnesses.

As the man was walking away, Sandrock fired one shot from a rifle, though the man he shot at was not hit. The police report says the rifle was a “300 Blackout,” though that is a type of round typically fired from semi-automatic rifles like the AR-15.

As police were investigating whether Sandrock was the person involved in that incident, they learned that Sandrock had also been checked out by Boulder County deputies about a month earlier after he tried to get into the sheriff’s office’s restricted parking lot.

Sandrock told deputies he had been following a county employee because he thought they “looked like a pedophile,” according to police reports. He had an AR-15 in his car, but was released without charges after he met with a mental health professional.

Days before that, according to police, he’d also thrown a rock through a semi-truck’s window in Boulder Canyon.

He told authorities he was upset that the truck was polluting the air, and said that was why he wore the mask that he allegedly wore both during the Swift incident and the Arvada shooting incident.

Sandrock allowed Arvada officers to search his home, where they discovered the rifle used in the Arvada shooting and an SKS rifle. He admitted at the time shooting a round in the air in Arvada, and made several other statements about being stalked.

Police originally forwarded charges of prohibited use of a weapon, reckless endangerment, and felony menacing to the district attorney’s office for investigation.

Russell said a court date regarding Sandrock’s alleged probation violation has not been set.