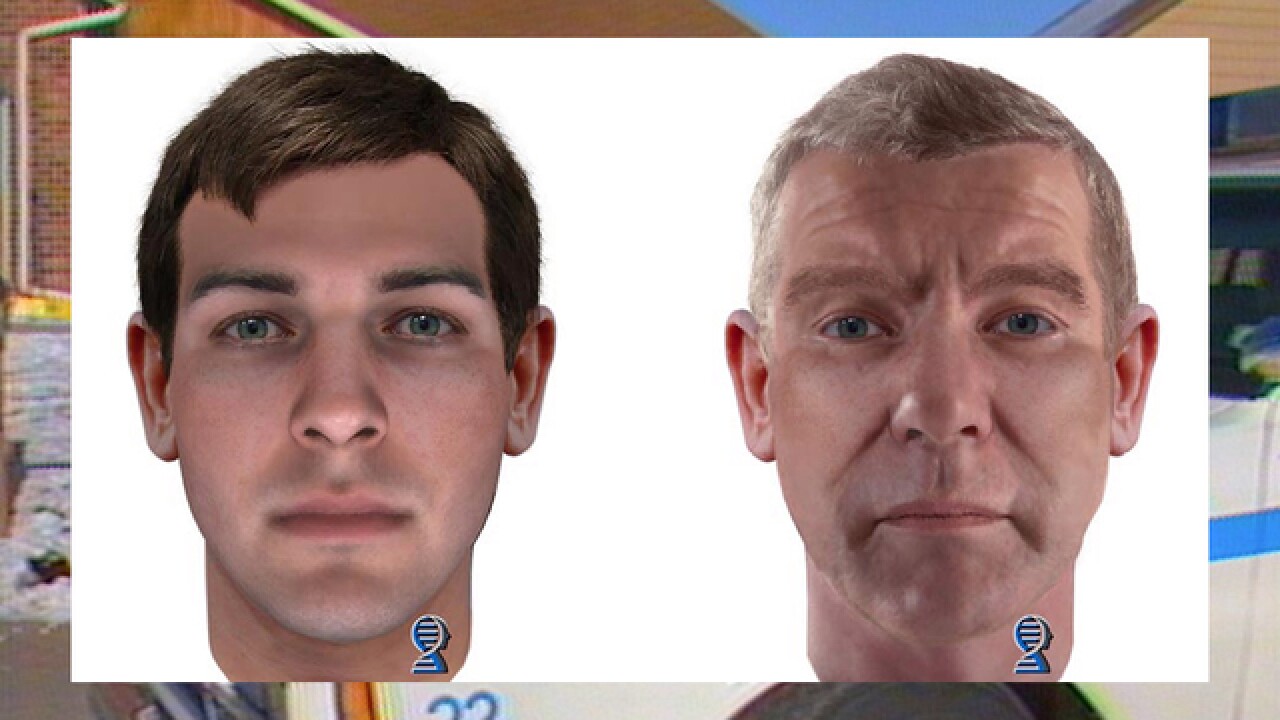 Copyright 2017 Scripps Media, Inc. All rights reserved. This material may not be published, broadcast, rewritten, or redistributed.
<p>A mock-up of the suspect in the Hammer Murders that utilized the new technology.</p> 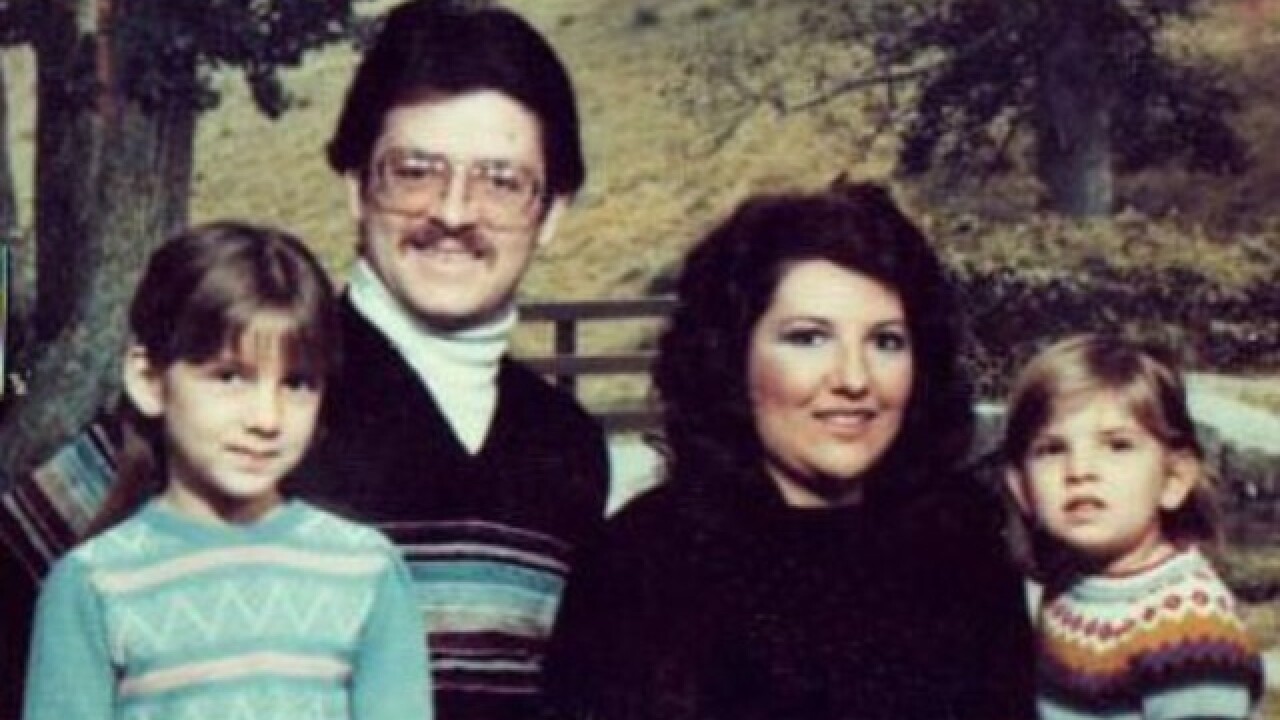 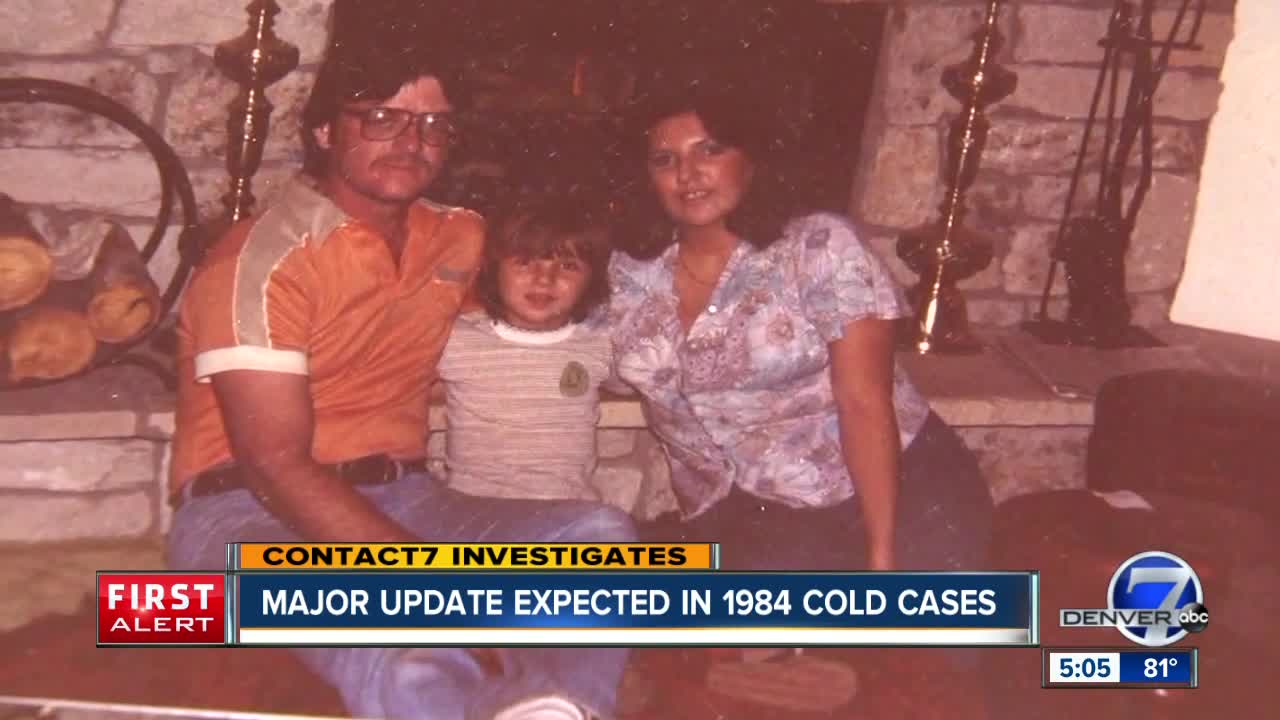 LAKEWOOD, Colo. – Authorities say they’ve reached a “critical stage” in the investigation into 1984 cold case murders in Lakewood and Aurora, and plan to hold a joint news conference Friday to give an update on the cases.

The announcement that there are new developments in the 34-year-old murders of Patricia Louise Smith in Lakewood and three members of the Bennett family in Aurora comes just months after Contact7 Investigates reported that an Aurora detective was cross-checking DNA evidence from the cases with popular genealogy websites.

The detective, Steve Conner, said the process is similar to one used to identify the alleged Golden State Killer earlier this year.

For 10 days in 1984, the hammer-wielding suspect attacked several people across Aurora and Lakewood, including the murder of Bruce and Debra Bennet along with their 7-year-old daughter, Melissa. Their youngest daughter survived the attack but suffered permanent injuries. Smith was murdered in Lakewood, and Donna Holm was seriously injured in an attack in Aurora but survived her injuries.

The killer left semen behind at two of the three crime scenes, which Conner said he hoped would lead to the killer’s identity when crosschecked with new DNA databases.

“I think there's probably a 75 percent chance I will solve it personally. But there's a 100 percent chance it will be solved eventually,” Detective Conner said in May.

Last year Conner commissioned a sketch created by DNA profilers to show what the killer may have looked like. He also worked with a forensic genealogist who determined a possible last name for the murderer: Ewing. But those clues have not led to any breaks in the case.

Authorities say there will be representatives from the Aurora Police Department, Lakewood Police Department, the 1st and 17th Judicial District Attorney’s Offices and the Colorado Bureau of Investigation present at Friday’s news conference, which is scheduled for 10 a.m.

The announcement of the news conference was made after another Denver television station reported that a potential suspect had been identified in the cases.

“The news media should be cautious that any information provided by a source other than one of these organizations may be inaccurate and should be treated with caution,” authorities cautioned in a news release Tuesday afternoon. “These are sensitive and complicated investigations, and information is being made available as quickly as possible.”

Denver7 plans to attend the news conference and will stream it live on our website and Facebook page if possible.