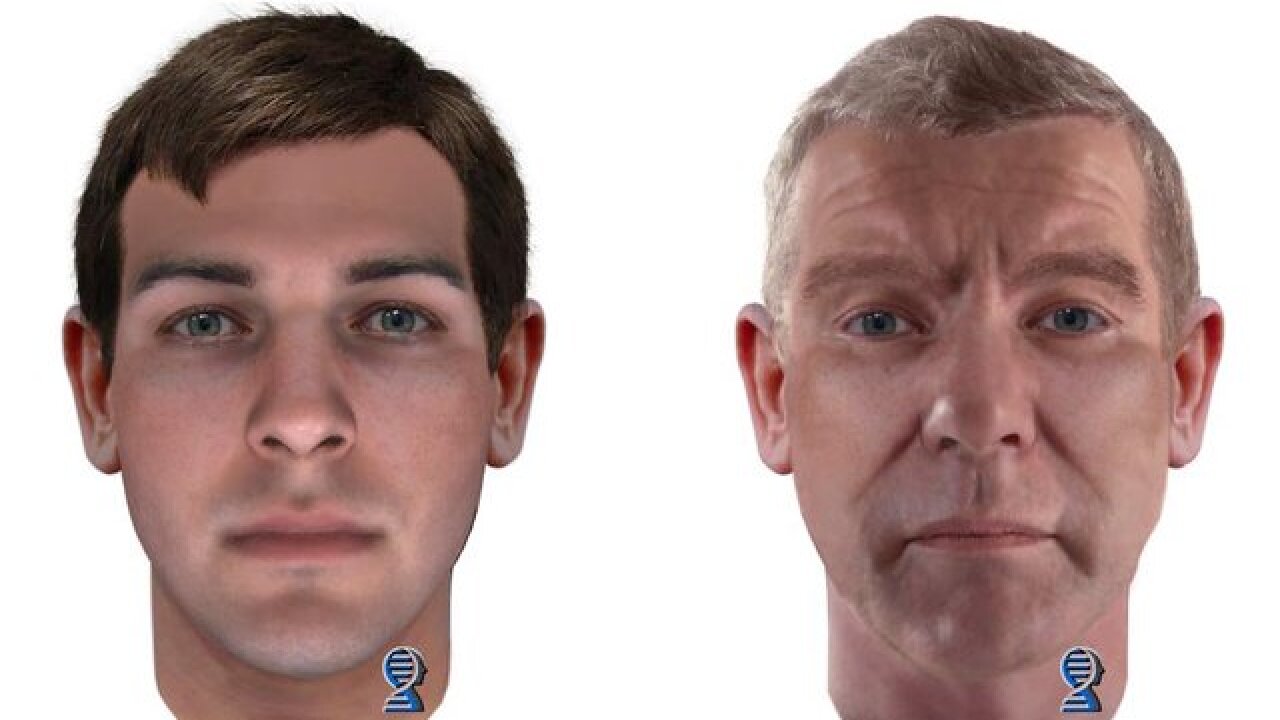 AURORA, Colo. -- Police may be one step closer to finding murderer who has never been found responsible for his crimes.

Aurora police say advancing technology allowed Parabon NanoLabs, a Virginia company specializing in DNA phenotyping, to help the force create a composite image of what they believe the killer may look like.

The killer, who is generally believed to be a man, attacked and brutally murdered a young family on East Center Drive in January of 1984.

Police say the man murdered the Bennett family -- Bruce Bennett, 27, Debra Bennett, 26, Melissa Bennett, 7, and a another family member who survived the attack -- with a weapon believed to be a knife and a blunt object.

Years after the heinous crimes, police say technology advanced enough, allowing his DNA to be used to create two separate composites. One which he may have looked like as a young man, and another which may identify him currently.

"it is important to not that Snapshot composites are scientific approximations of appearance based on DNA, and are not likely to be exact replicas of appearance," spokespeople said in a release.

They noted outside factors like smoking, drinking, diet and other factors can't be predicted by DNA analysis.

Still, police are hoping to turn up any new leads by getting their new evidence in front of the face of the Colorado community.

The Bennett family hopes the new technology will provide new leads to solve the crime.

"Looking back, yes, it was the worst day of my life. It was the most trauma I ever had to undergo," said Bruce's sister Yvonne Bennett.

As police continue to work the case, Ms. Bennett feels the public has an obligation to come forward with any new information they may have neglected to share in the past.

"You have to take responsibility for everything you do in life. And avoiding making a commitment or coming out with something you know is important is just as bad as telling a lie."