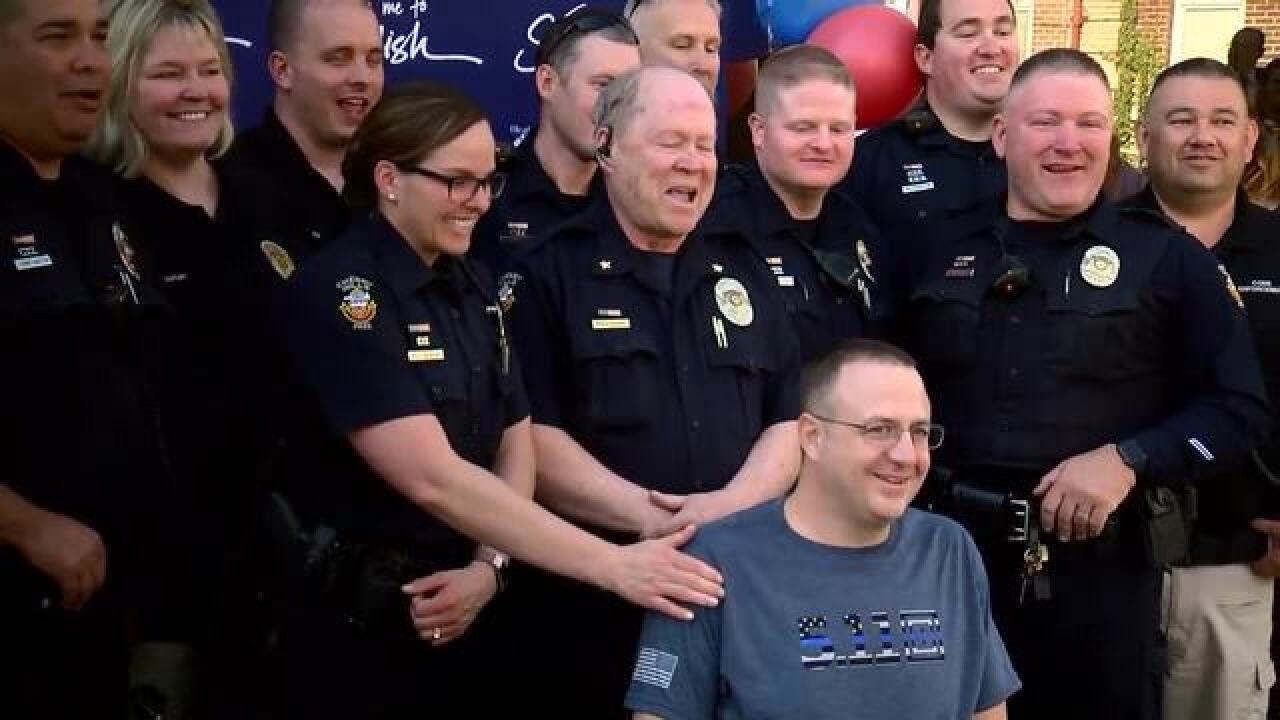 Copyright 2018 Scripps Media, Inc. All rights reserved. This material may not be published, broadcast, rewritten, or redistributed.
<p>Officer Cory Sack was released from the hospital Thursday about 3 ½ weeks after he was shot in the line of duty while responding to a home invasion robbery in Cherry Hills Village.</p>

CHERRY HILLS VILLAGE, Colo. – Officer Cory Sack was released from the hospital Thursday about 3 ½ weeks after he was shot in the line of duty while responding to a home invasion robbery in Cherry Hills Village.

Sack had been undergoing treatment at Swedish Medical Center in Englewood and has undergone at least two surgeries since the shooting.

After he was released Thursday, he thanked the hospital, his wife, the community and his fellow officers for their support.

“I didn’t know if this day was going to come. But I couldn’t have done it without my wife. She’s been the backbone of this whole process, so I thank her, I thank my agency and I thank the citizens that I serve,” Sack said. “Everyone’s been great and I continue to get healthy and stronger every day.”

He said employees at Swedish have been “top-notch” and that they’ve taken great care of him.

“I will look forward to being back to work soon. I don’t know how soon but I’ll be back to work,” Sack said. “Thank you to everybody.”

The Cherry Hills Village Police Department also thanked the hospital for its care for Sack.

“They Cherry Hills Village Police Department is grateful for the outstanding care that Officer Sack received from the entire medical staff at Swedish Medical Center,” the department said in a statement. “We also would like to acknowledge the support from our law enforcement partners as well as the community we serve.”

Sack was shot as he responded to a report of a home invasion robbery  on Sedgwick Drive just before 11 p.m. Aug. 20. He was hit once above the left knee and once in the right heel.

A  juvenile was arrested  on Aug. 31 and police later identified him as 17-year-old Angelo Alston. Alston faces  32 adult charges , including attempted murder of a peace officer, kidnapping, robbery and assault with a deadly weapon.