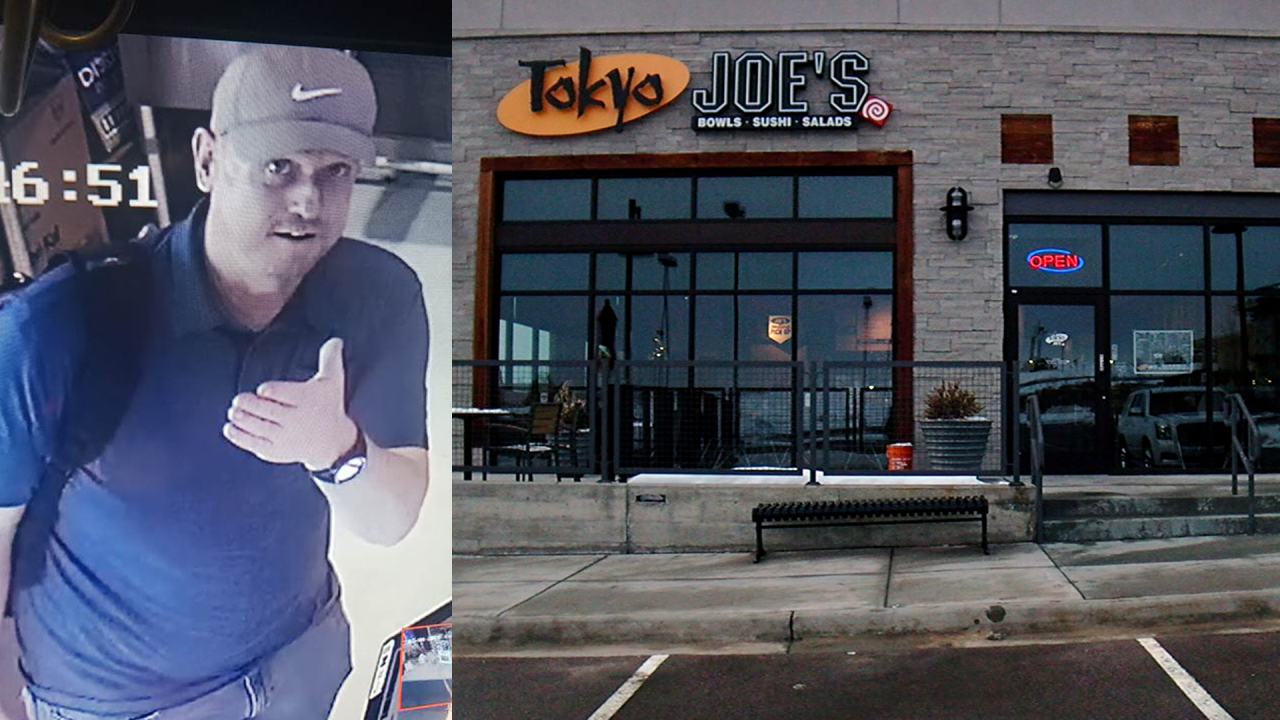 CASTLE ROCK, Colo. — Police in Castle Rock are asking for the public’s help identifying a man they say burglarized several businesses after posing as a fire inspector to disarm the buildings’ alarms.

Police on Tuesday released a still from surveillance video showing a man they are calling a suspect in the burglaries over this last weekend.

The businesses targeted in the burglary spree include Fuzzy Taco, Del Taco, Zoey’s Kitchen and Tokyo Joe’s located in the north end of town near the outlet mall.

The restaurants were burglarized overnight Saturday after the suspect had disarmed the buildings’ alarm systems by posing as a fire inspector earlier in the day, police said.

An employee at Tokyo Joe’s told Denver7 the burglar came in through the back door and broke into their safe, cutting a large hole on the side of the steel box. The suspect also spray painted over the lens of the restaurant’s security cameras.

The crimes were called in to police Sunday morning by employees of the restaurants hit in the burglary spree.

Police are asking anyon with any tips to contact Detective Amanda Lane at alane@crgov.com or 303-663-6145.