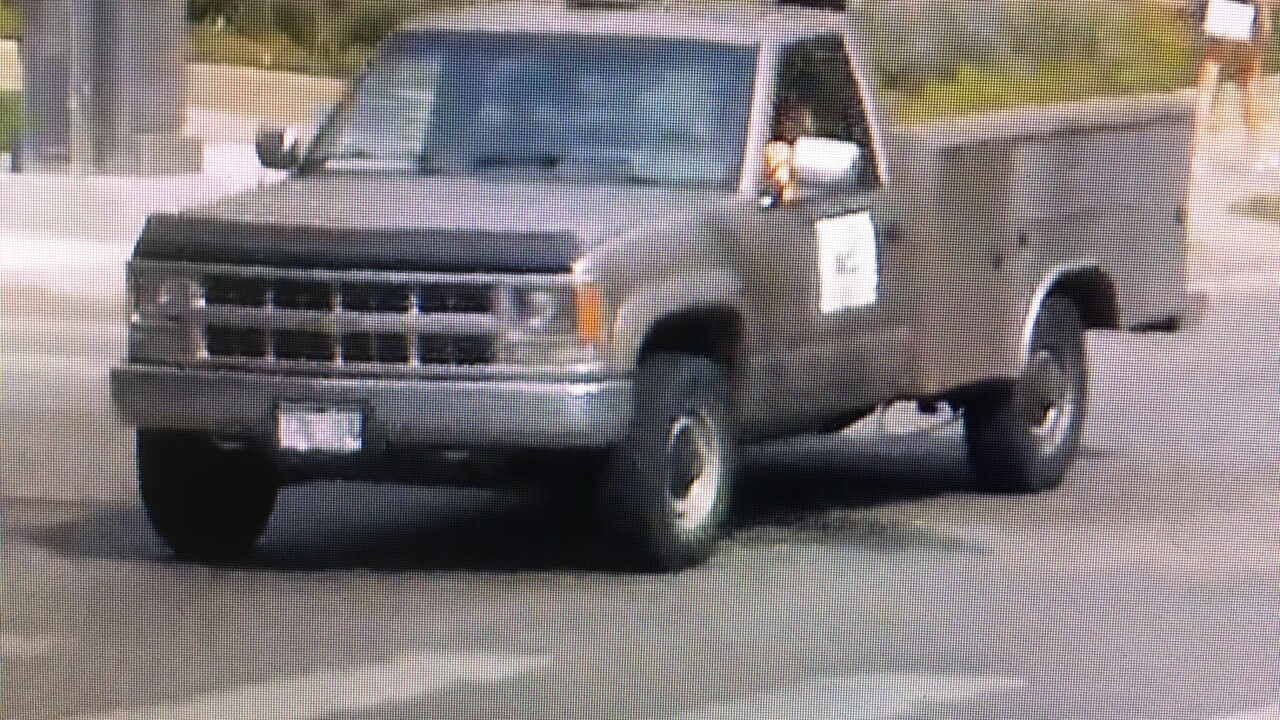 Boulder Police Department
The suspect in a Boulder hit-and-run was captured on a red-light camera.

BOULDER, Colo. — Police are looking for a driver who struck a 69-year-old woman in a hit-and-run crash in Boulder on Wednesday.

The crash happened about 10 a.m. Wednesday at Broadway and Pearl Street. The suspect was driving a pickup truck south on Broadway and ran a red light at Pearl, striking the woman as she was walking in the crosswalk, police said.

The driver fled the scene and ran another red light at Walnut Street before turning west on Canyon Boulevard.

The victim was taken to a hospital with serious injuries, including a broken femur, a spinal fracture and a concussion.

Police released a picture of the truck, captured from a red-light camera.