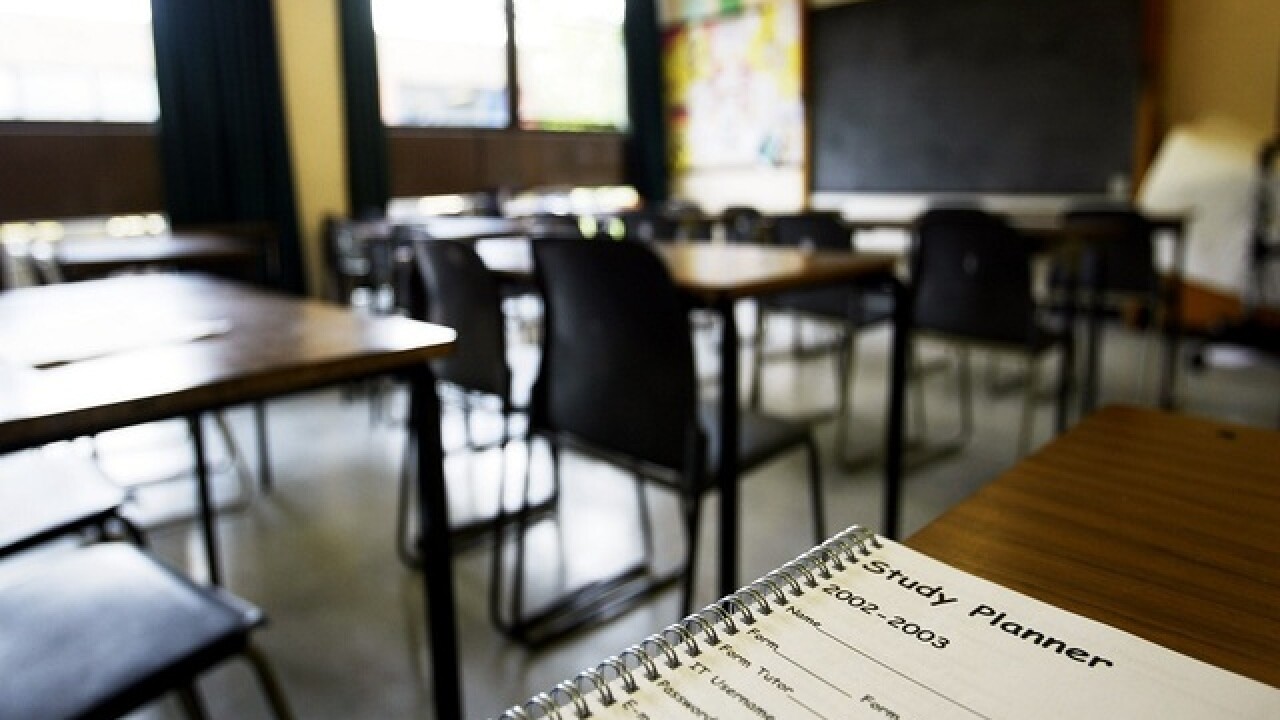 Ian Waldie
<p>LONDON - MAY 21: A classroom at Edenham High School lies empty after lunchtime May 21, 2003 in Croydon, England. The school had to send home about 700 of it's pupils early because of funding problems, which meant the school could not afford to employ temporary teaching staff while teachers were off sick. (Photo by Ian Waldie/Getty Images)</p>

PITKIN COUNTY, Colo. – The choir director at Basalt High School was arrested this month and is facing three counts of sexual assault on a child by one in a position of trust after allegedly having a sexual relationship with one of her students earlier this year.

The Basalt Police Department started an investigation last month into 26-year-old Brittany Marie von Stein after the department received calls from both the principal at Basalt High School and the RE-1 School Superintendent.

The school officials told police von Stein had told them one of her students kissed her during a private lesson in January and that she had come forward because she had been hearing rumors accusing her of having sex with the student, according to an arrest affidavit in the case.

In mid-August, police began their investigation by interviewing the student who allegedly kissed von Stein. He told police that he needed private lessons as his other extracurricular activities prevented him from meeting with the choir director. During one of those private lessons, he kissed von Stein and she told the student no one could ever know that it happened and that it had to be their secret, arresting documents show.

The student also told police he continued texting von Stein and even flirted with her. He said von Stein did not flirt back at first.

The student also told police he was still texting with von Stein and that he even told her his parents knew they kissed. In a reply, von Stein reportedly told him she would have to tell the principal what had happened between the two.

Police used this new information to seize the student’s phone in order to find evidence that could be of value in the investigation, the affidavit states.

A day later, the student told police in detail that he had been having an ongoing sexual relationship with von Stein during the Spring 2019 Musical, and that they were having sex at her home in Carbondale over the course of several weekends in January and February of this year.

Von Stein was booked into the Garfield County Jail but has since bonded out. Her next court appearance is scheduled for Sept. 18, when she’s expected to be formally charged.

Last week, a spokesperson for Roaring Fork Schools told the Aspen Daily News that a letter had been sent to parents about the investigation and that the school would hire a permanent replacement if von Stein wasn’t able to return to the classroom by Sept. 16.

A native of Ohio, von Stein earned the 2018 Outstanding Young Music Educator of the Year award for the state of Colorado, according to the Basalt High School Choir website.

She earned a Bachelor of Music Education with a minor in Vocal Performance and Theatre from The Ohio State University in Columbus in 2015.