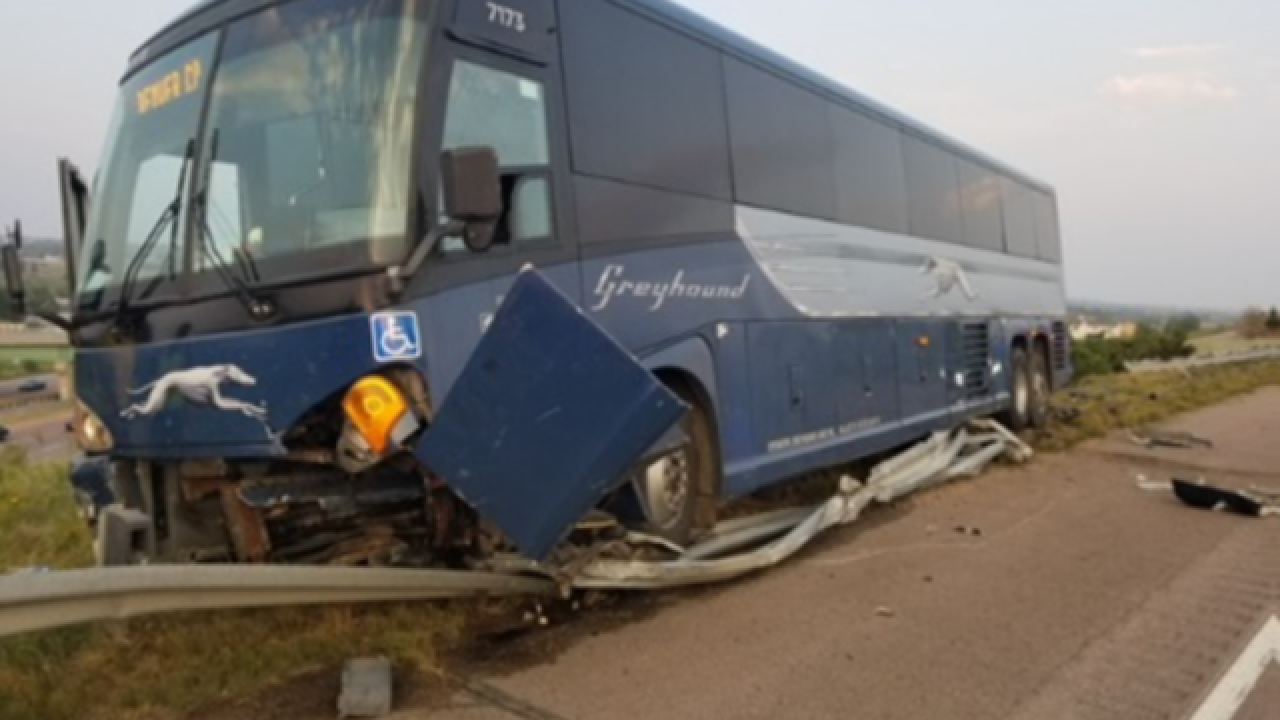 FOUNTAIN, Colo. — Authorities are investigating a suspect who allegedly threatened bus passengers with a knife and caused the bus to crash Monday evening.

At 6:34 p.m. Monday, Colorado State Patrol received a call of a Greyhound bus that had crashed into a guardrail on Interstate 25 near the S. Academy Boulevard exit.

The bus, which had passengers on board, had been traveling north to Denver.

When officers arrived at the scene, they learned there was a male passenger armed with a knife who was threatening other passengers. The man was taken into custody by Foundation police without incident.

The driver had been assaulted inside the bus and was transported to a hospital. It was unclear if his injuries stemmed from the assault or the crash.

Some passengers had minor injuries, though it was unclear if it was from the armed man or the accident.

Charges are pending for the man in custody.

Upon initial examination, CSP said they believe the armed man had deliberately caused the crash.

Anyone with information regarding the crash can call the Fountain Police Department at 719-382-8555, or leave an anonymous tip with CrimeStoppers at 719-634-STOP.