Suspect dies after being shot by deputies in Arapahoe County 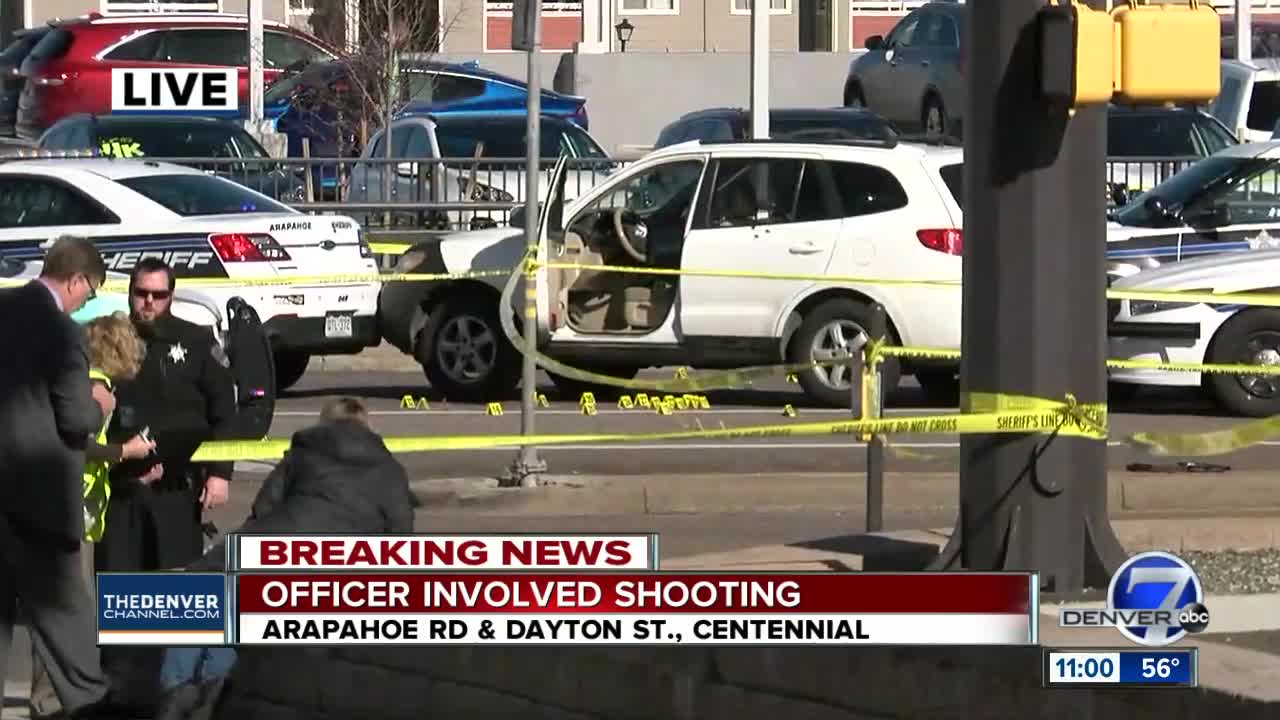 One man was taken to the hospital with injuries following an officer-involved shooting in Arapahoe County Thursday morning. 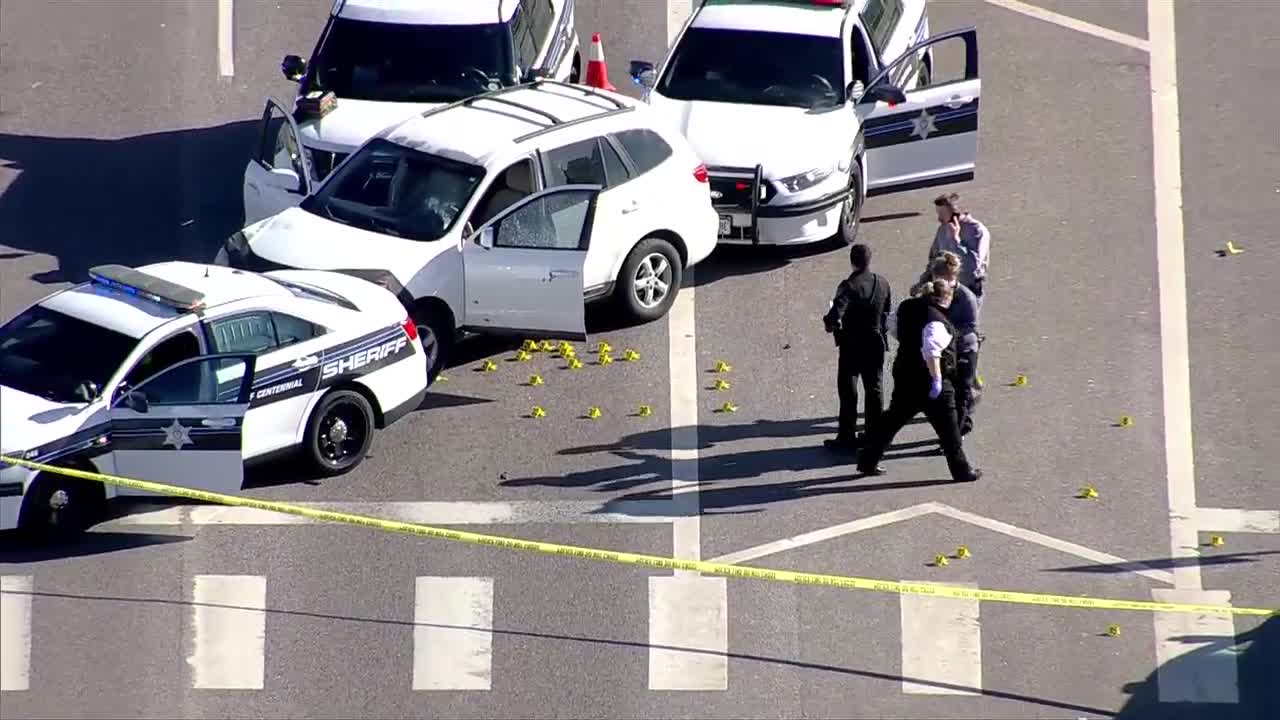 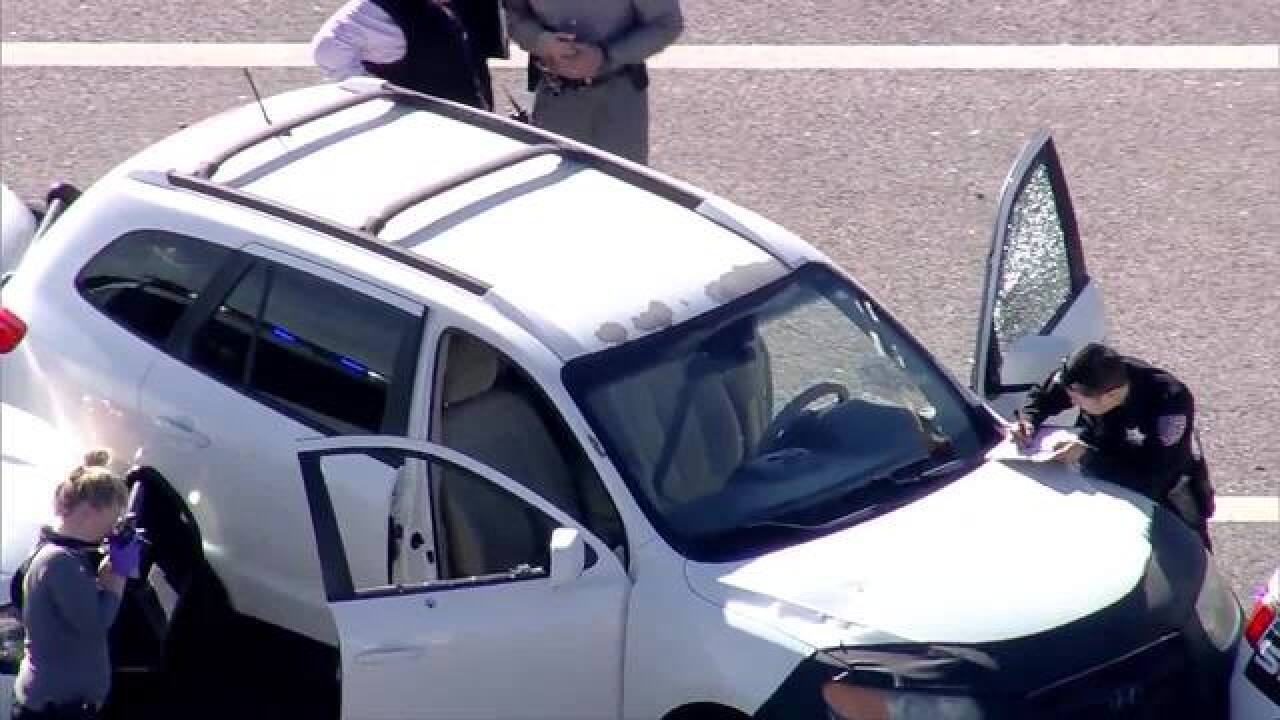 ARAPAHOE COUNTY, Colo. — A man has died after being shot by sheriff's deputies in Arapahoe County Thursday morning.

The sheriff's office said deputies responded to a report of domestic violence at a business near the intersection of E. Arapahoe Road and S. Potomac Street just after 9 a.m. Thursday. After deputies arrived at the scene, they found that a third person was involved in the incident, and that he had a gun. He left the scene in a vehicle. Nobody else was in the car with him.

Out of concern for the community, deputies pursued the vehicle to charge the driver with felony menacing, said Julie Brooks, PIO with the sheriff’s office. They boxed in the car at E. Arapahoe Road and S. Dayton Street. The suspect was not compliant with deputies' commands to exit the car, the sheriff's office said.

Deputies attempted to break the window to remove the suspect from the driver's seat when the he reached for a weapon in the car. Deputies then shot the suspect, the sheriff's office said. He was transported to a local hospital where he was later pronounced dead.

One deputy had minor injuries from the incident, and is expected to be OK, the sheriff's office said. It was unclear how he was injured, Brooks said.

No other people were injured in the incident.

Brooks said while the call initially came in as domestic violence, that may not be true. Investigators will determine that as they learn more about the incident, she said.

The Critical Response Team will handle the officer-involved shooting investigation.