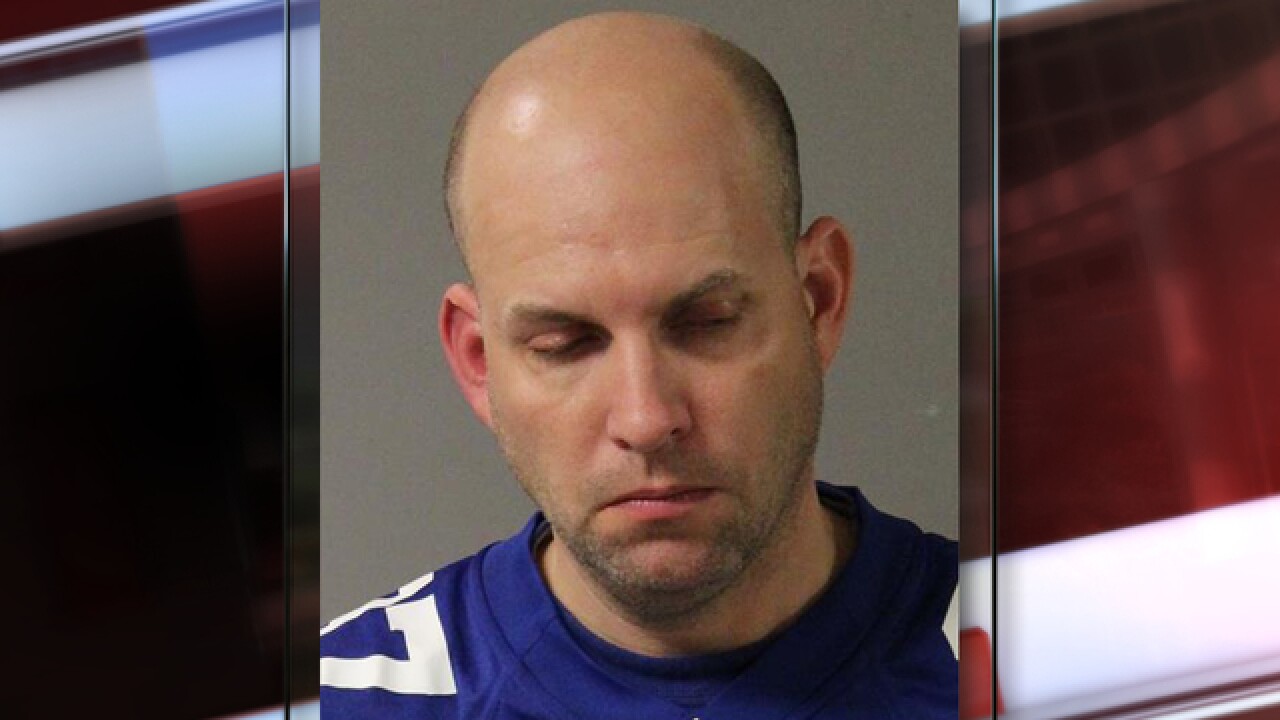 DENVER – A lieutenant with the Aurora Police Department is again on paid leave after being charged with a crime for the second time this year—this time after he was allegedly caught passed out behind the wheel of his car in downtown Denver after a late-night Broncos game.

According to a probable cause statement from the Denver police officer who arrested Silver, the lieutenant, who was off-duty at the time, was found passed out behind the wheel of his car while it was stopped at the intersection of westbound Colfax and Bannock St. in downtown Denver shortly after 3 a.m.

His car was in gear and the engine was running at the time.

The officer wrote that Silver “displayed numerous indicia of impairment,” including having alcohol on his breath and eyes that were “bloodshot & watery.”

The Broncos played a Sunday night game against the New York Giants earlier that night, but the game had ended around five hours before Silver’s arrest.

In his mug shot, Silver is wearing a New York Giants jersey.

The Denver District Attorney’s Office filed the charges against Silver on Oct. 16.

They come in addition to an official misconduct charge Silver picked up in July following an investigation by the Colorado Bureau of Investigation.

It’s unclear exactly what led to that charge, as the complaint from 18th Judicial District Attorney George Brauchler only says that Silver “unlawfully and knowingly committed an act relating to his office but constituting an unauthorized exercise of his official function or violated a statute or lawfully adopted rule or regulation relating to his office” with the intent to “obtain a benefit for any person or maliciously cause harm to another.”

Court records show Silver has a pre-trial conference scheduled in the official misconduct case for early December. He was issued a criminal summons for the charge in July and was not arrested.

On Wednesday, Aurora Police Department spokesman Kenneth Forrest said the department was aware of Silver’s DUI arrest, and that Silver was still employed by the department.

“Silver is currently on paid administrative leave and an internal investigation is continuing,” Forrest added.

Silver is scheduled to be arraigned on the DUI and careless driving charges on Nov. 15 in Denver.