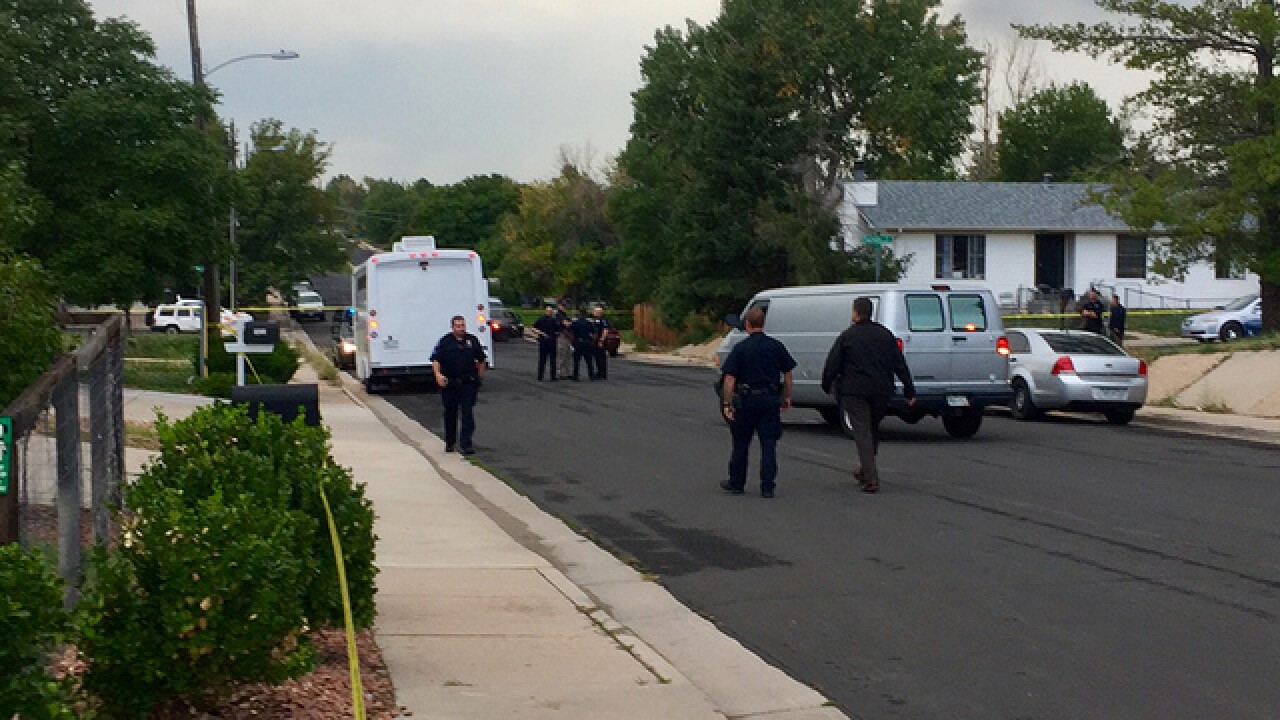 AURORA, Colo. — A man wanted on domestic violence-related charges in Aurora was being treated at a local hospital after he was shot by a police officer in the northern part of the city during an attempt for his arrest earlier in the day, an Aurora Police Department spokesperson said during a press conference Wednesday evening.

The shooting happened sometime after 5 p.m. in the 2200 block of Fairplay Street, near Chambers Road and E. Montview Blvd.

Aurora police spokesman Kennetth Forrest said a SWAT team officer responding to the area discharged their weapon at the suspect, who was hit and taken to a hospital for treatment. His condition is unknown at this time.

Forrest said the male suspect was armed, but did not provide further details as to what kid of weapon the man had, nor did he discuss the events that led up to the shooting.

The Aurora Police Department tweeted that no officers were hurt. The officer involved in the shooting was placed on administrative leave per department policy.

This is the second shooting involving Aurora police officers in the past week.

If you, or someone you know, has details that could help police in their investigation, you are asked to call Det. Huber at 303-739-6090.