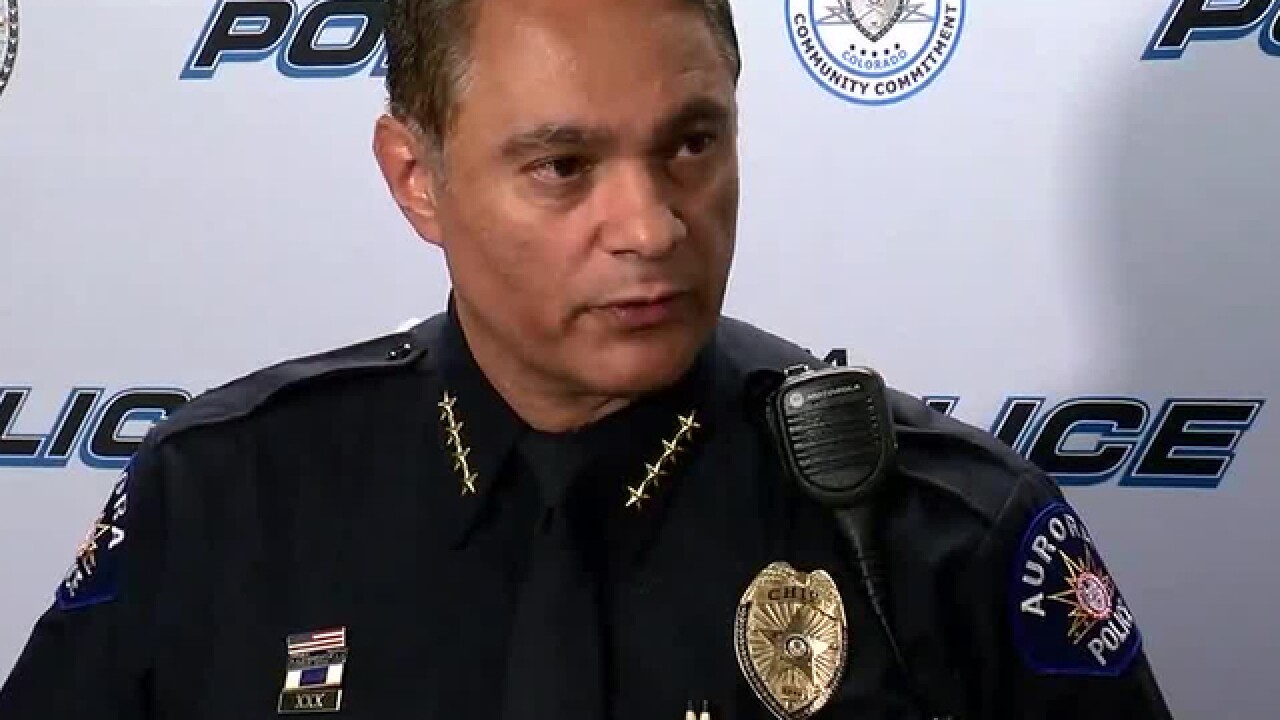 Copyright 2018 Scripps Media, Inc. All rights reserved. This material may not be published, broadcast, rewritten, or redistributed.
<p>Aurora Police Chief Nick Metz held a news conference Thursday to try and clear up the mass of confusion surrounding the Monday morning Aurora police shooting that left a man dead who’d just killed an intruder.</p> 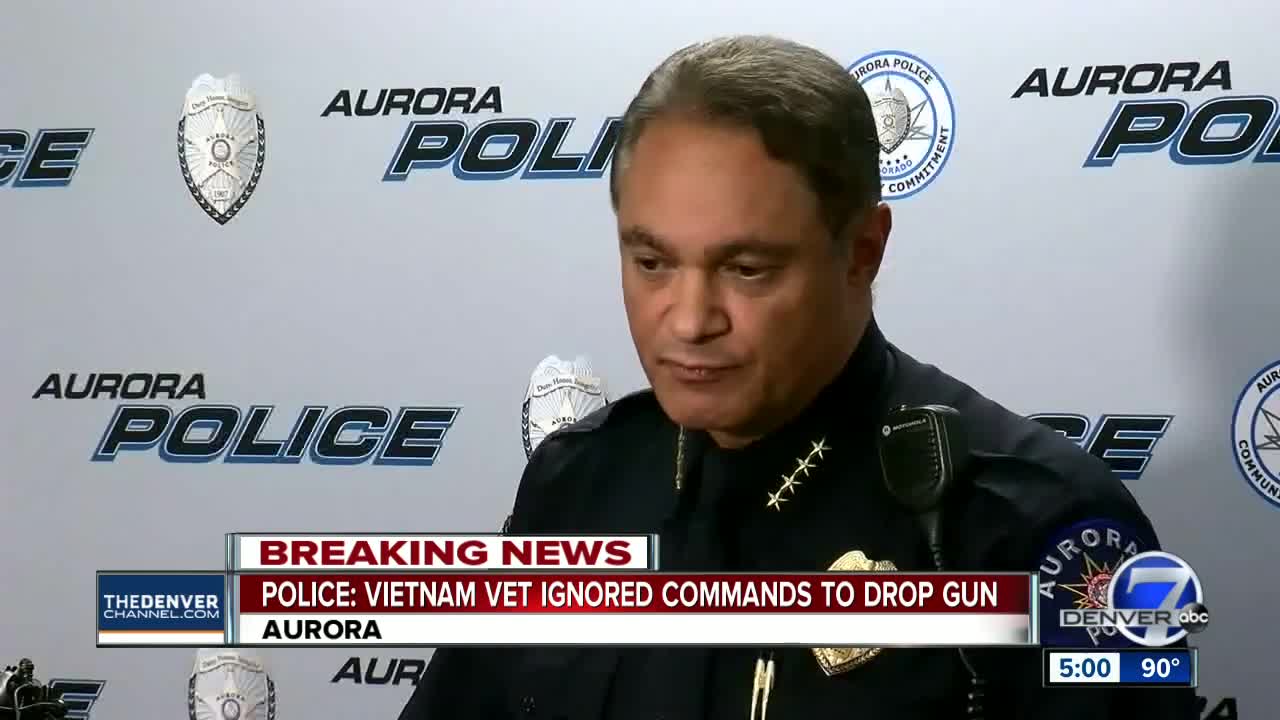 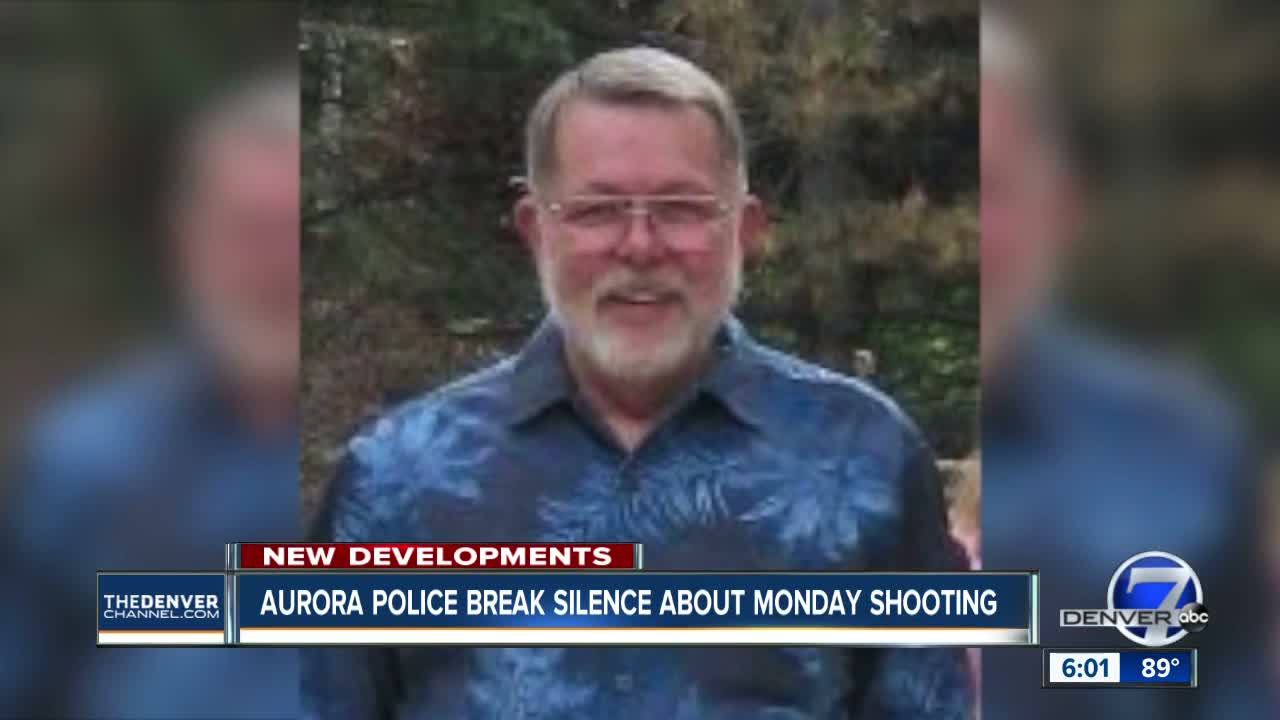 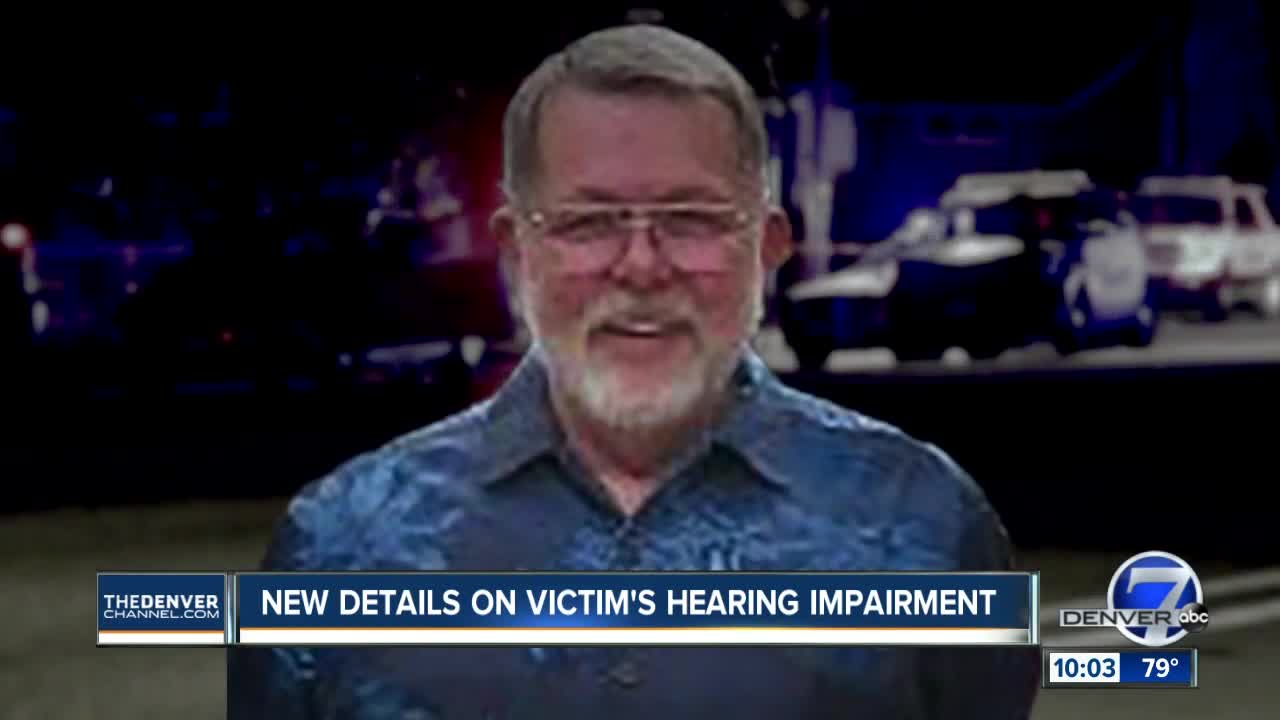 Though Metz did not release body camera video of the incident or the 911 call that the wife of 73-year-old Richard “Gary” Black Jr. made to dispatch, citing garbled audio and an ongoing investigation by the 17th Judicial District Attorney’s Office, he did describe what he says he has seen and heard on the tapes after “many, many” reviews, he said.

Metz said that the family also requested that the 911 tape and body-worn camera videos not be released after about 10 family members reviewed them earlier Thursday during a meeting with police.

--Watch the full press conference in the player below or by clicking here.

According to the family and police, Harper broke into the family’s home early Monday morning and grabbed Chad Hayashi’s son. Hayashi awoke to Harper’s mother standing in his bedroom doorway telling him that her son was on drugs and had his son in the bathroom.

Hayashi said in an exclusive interview Wednesday that Harper had grabbed his son and both were naked in a bathroom when he was awoken. Hayashi and his stepfather were able to fight Harper off the boy, who was allegedly being bitten and choked by Harper. Black allegedly shot Harper twice in the torso during the struggle, killing him.

Hayashi said Wednesday that after Black shot Harper, he turned a corner inside the home and was shot by police, whom Hayashi and the family attorney say shot from outside the home.

In the interview Wednesday, Hayashi, who is Black’s stepson, said that his stepfather was a “hero” and that if it hadn’t been for his actions that night, Hayashi’s family would be dead.

“There’s no doubt in our mind and there’s certainly no dispute in any way, shape or form that Mr. Black saved his family’s life that night,” Metz said. “He put himself before his family and did everything he could to protect what was most important to him, which was his family.”

And though Metz said that most 911 calls and body camera videos wouldn’t immediately be released, he did attempt to describe what he says he’d seen upon a review.

Metz said that at one point, when Black’s wife was on the phone with dispatch, she was asked if there were weapons and she said no. Metz also said that there was never a physical description given of the suspect.

By Thursday evening, the Aurora Police Department released the 911 calls related to the shooting, with the exception of Mrs. Black's conversation with police. The released files include a 911 call of the suspect's mother with law enforcement.

During the press conference, Metz says that on the body camera footage that he’s seen, the entire incident happened in 2 minutes and 20 seconds, from when officers arrived on scene to when they made it to the bathroom and saw Harper dead on the floor.

Metz said that Black’s wife is seen on the video telling one officer going up to the house that, “He has a gun.” Seconds later, according to Metz, shots are fired from inside the house and officers step back from the door. Then, Metz said, officers see Black emerge from behind a wall about 15-20 feet from their location outside of the front door of the home.

Metz said the officers see Black walk back and forth between doors in the video and that he was holding a gun and a flashlight.

According to Metz, a second later, an officer yells, “Gun! Gun!” and at some point in the next few seconds, Black allegedly raised a flashlight and the officer shot four rounds at him. (Metz noted later in the news conference that Black was hard of hearing and said officers had given five commands.)

Thursday’s news conference came after Metz said in a video statement Wednesday that “much of” the information that has been reported about the shooting so far “has been inaccurate.” That statement came days after Metz said in an APD news release that the scene at the home on Montview Boulevard that morning was “very chaotic and violent.” Both Hayashi and the family’s attorney, Siddhartha Rathod, had questioned that characterization of the scene that night.

Hayashi said Wednesday he wants Aurora police to release body camera footage from every officer at the scene that day. And after learning that the officer had been involved in a shooting in late June, Hayashi said he doesn’t think the officer who shot his stepfather should have been there that night in the first place.

“I want to see them all – not just the shooting officers’ [body cameras],” he said. “I want answers. I want the truth. I want accountability.”

But Metz said at Thursday’s news conference that Hayashi and other members of Black’s family had asked that the body camera video and 911 call not be immediately released after reviewing them themselves.

Metz also said the family acknowledged that officers at the scene did not receive a description of Harper in the original call-outs.

He said that Black’s family has asked that people not “disrespect” law enforcement in Black’s name after learning, as Metz claimed, that some APD officers had received threats after Monday’s shooting.

Metz additionally said the officer who shot Black, who was involved in another police shooting on June 27, is “heartbroken” after finding out that Black was a veteran, as he is also a veteran. The officer, who has not been named, has been with APD for three years and works the graveyard shift, Metz said.

The Adams County Coroner’s Office on Wednesday night identified Harper as the suspect in the home break-in. According to the Denver District Attorney’s Office, he had previously pleaded guilty to possession of a weapon by a previous offender.

Metz said Harper was at a party across the street and damaged several cars before entering Black’s home, apparently at random. And though his mother told Hayashi Harper was on drugs and a caller said that as well, according to Metz, the toxicology screenings won’t confirm whether that was the case for at least six weeks.