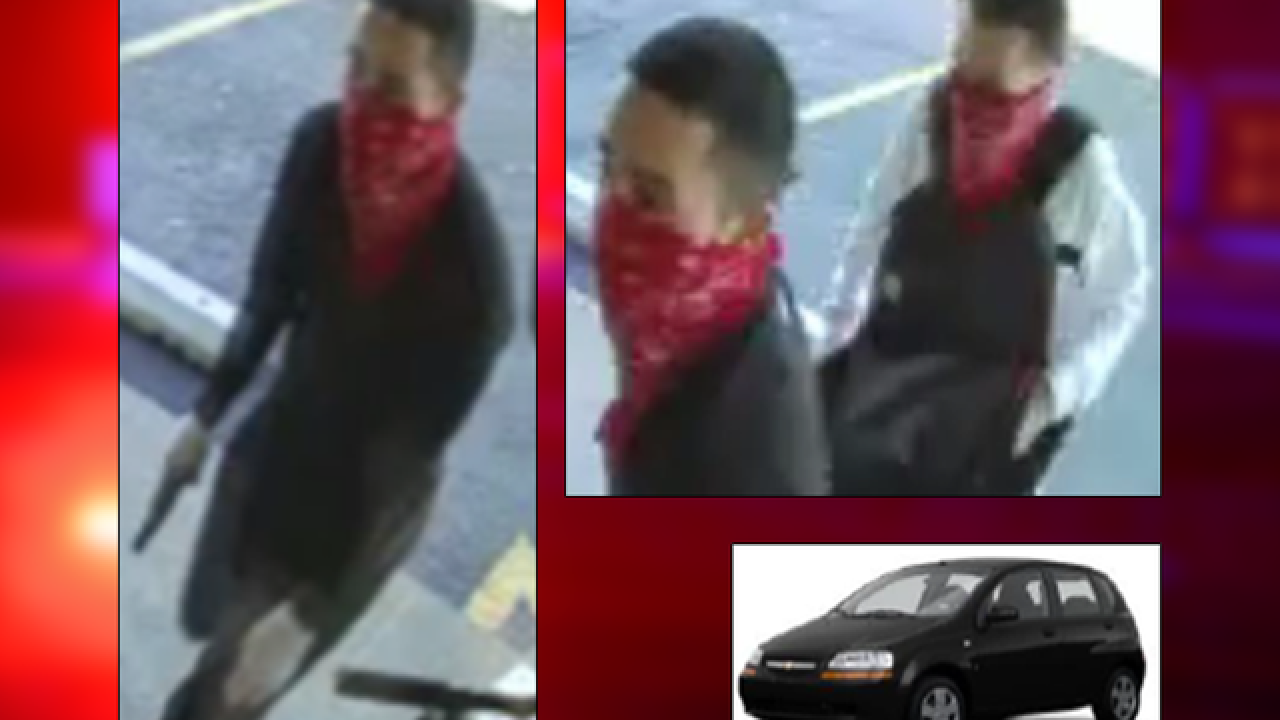 DENVER — The Bureau of Alcohol, Tobacco, Firearms and Explosives announced Thursday a reward of up to $10,000 in a case involving the theft nearly two dozen guns from a Littleton pawn shop.

Authorities say the two men placed the stolen handguns in a backpack and fled in a black Chevy Aveo, driven by an unknown third suspect.

The suspects were described as white or Hispanic males, approximately in their late teens to early-20’s. Both suspects had their faces obscured with red bandanas.