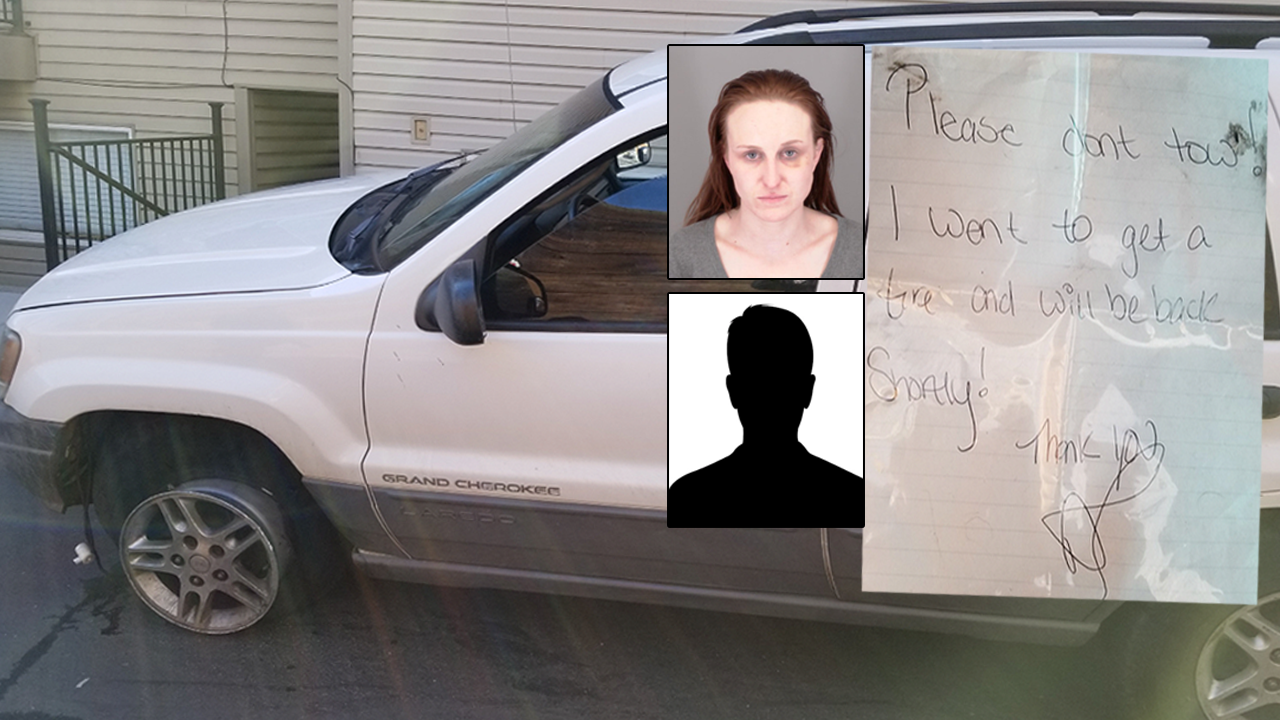 ARVADA, Colo. — Two people were arrested Wednesday morning after the pair allegedly eluded police in a stolen Jeep, according to the Arvada Police Department.

Around 8:30 a.m., police were attempting to stop the Jeep near the area of 58th Avenue and Field Street when the driver of the stolen SUV took off — eluding officers at the time, police said.

Later that morning, police located the stolen SUV with the front driver-side tire off its rim parked near Oberon Road and Yarrow Street with a note attached that read: “Please don’t tow! I went to get a tire and will be back shortly! Thank you.”

Police caught up with the two suspects — Dustin Daniel Cordova, 37, and Amber Carey, 30 — a couple of blocks from where they allegedly parked the SUV and arrested them.

Cordova is being held on suspicion of aggravated motor vehicle theft, eluding and reckless driving. Carey is facing a misdemeanor possession of methamphetamine, according to police.

A booking photo for Cordova has yet to be released.