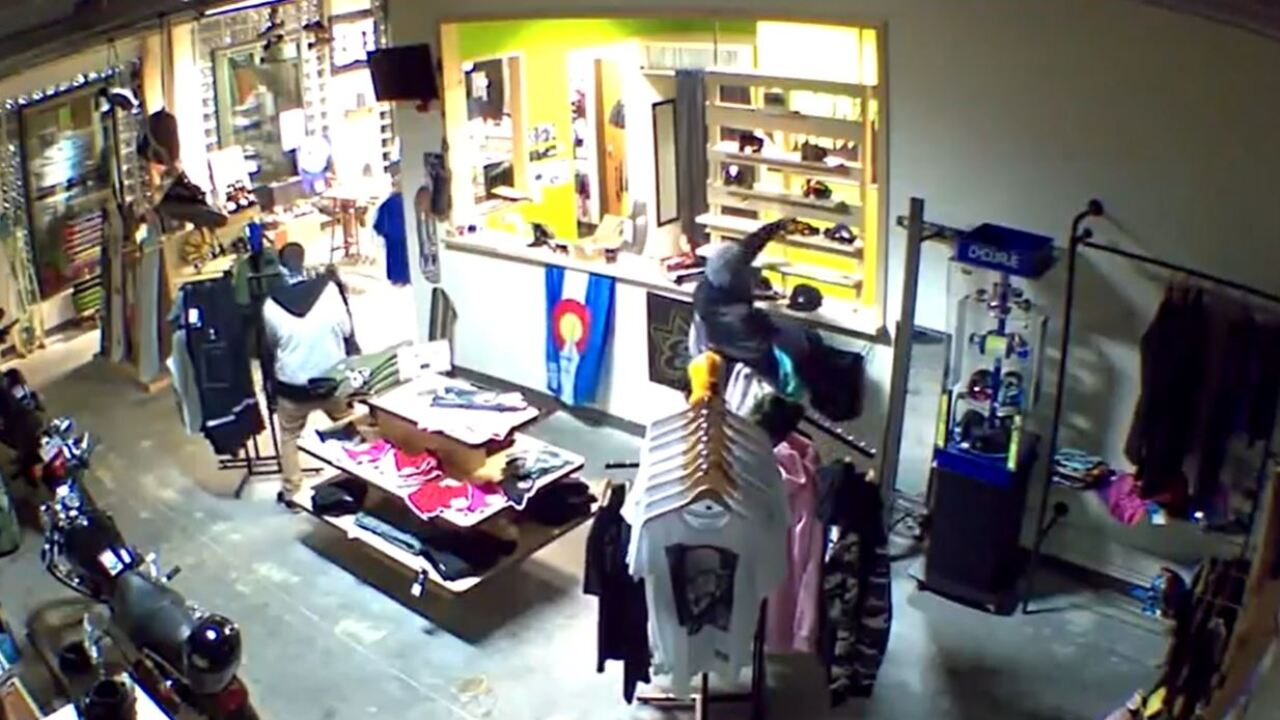 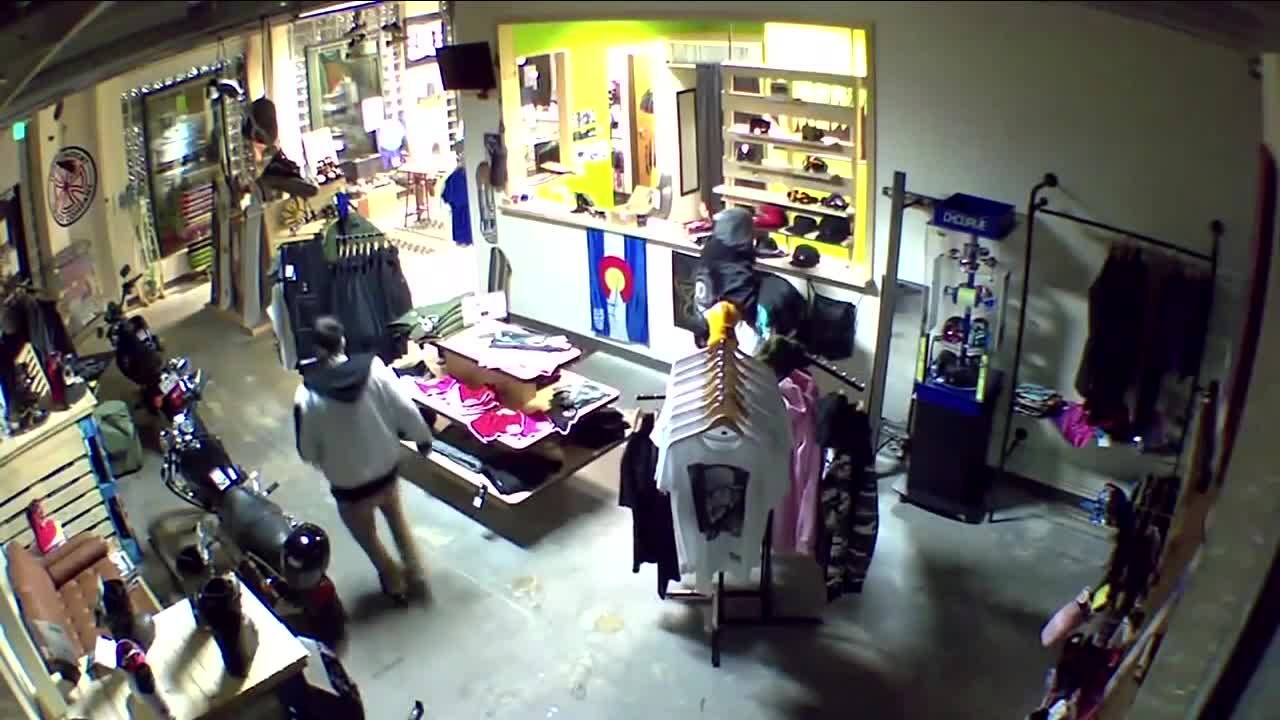 ARVADA, Colo. — In less than two months, crooks broke into three businesses in Olde Town Arvada, making off with thousands of dollars in merchandise. Arvada Police are investigating if the crimes are related.

The latest target was 5280 BoardShop. On September 9, surveillance cameras caught two burglars breaking into the business around 3 a.m. The criminals broke a door to get inside and within 38 seconds, they made multiple trips and made off with thousands of dollars of apparel and gear.

The business opened in October of 2019. Ralph Reda and Michael Kent left their careers to open their dream shop selling skateboards and snow gear. They said the business was great until the pandemic hit, shutting them down for three months and now, they’re digging deeper into their pocket to keep their doors open.

Kent says they initially estimated $3,000 in merchandise stolen, but a re-evaluation showed the crooks made off with closer to $6,000 in inventory.

“It’s beyond frustrating," Kent said. "We are already going through the COVID stuff and suffering from not being able to order things. The inventory we already paid for is now gone.”

Less than half-a-mile from BoardShop, a liquor store and a bike shop were also burglarized.

The owner of Colorado Cycle Dynamics, Nathan Glore, says that crooks broke into his bike shop at the beginning of August and the end of the month. Between both break-ins, 12 bikes were stolen – an estimated $40,000.

“I think frustration is probably the best way of putting it; one, we miss out on the opportunity to sell those bikes and make that money and it’s hard for us to replace them right now,” Glore said.

He estimates the earliest he can replenish the bikes stolen will be in January.

Arvada Detective David Snelling says it possible the string of crimes may be connected.

Reda says a burglar left a cell phone behind. He hopes someone will recognize the two criminals in the video and contact police.

“We lost our sense of security, my peace of mind is gone,” Reda said.

Anyone with information about the burglaries is asked to contact Arvada Police Detective Robbin Vinnola at 720-898-6636, rvinnola@arvada.org.