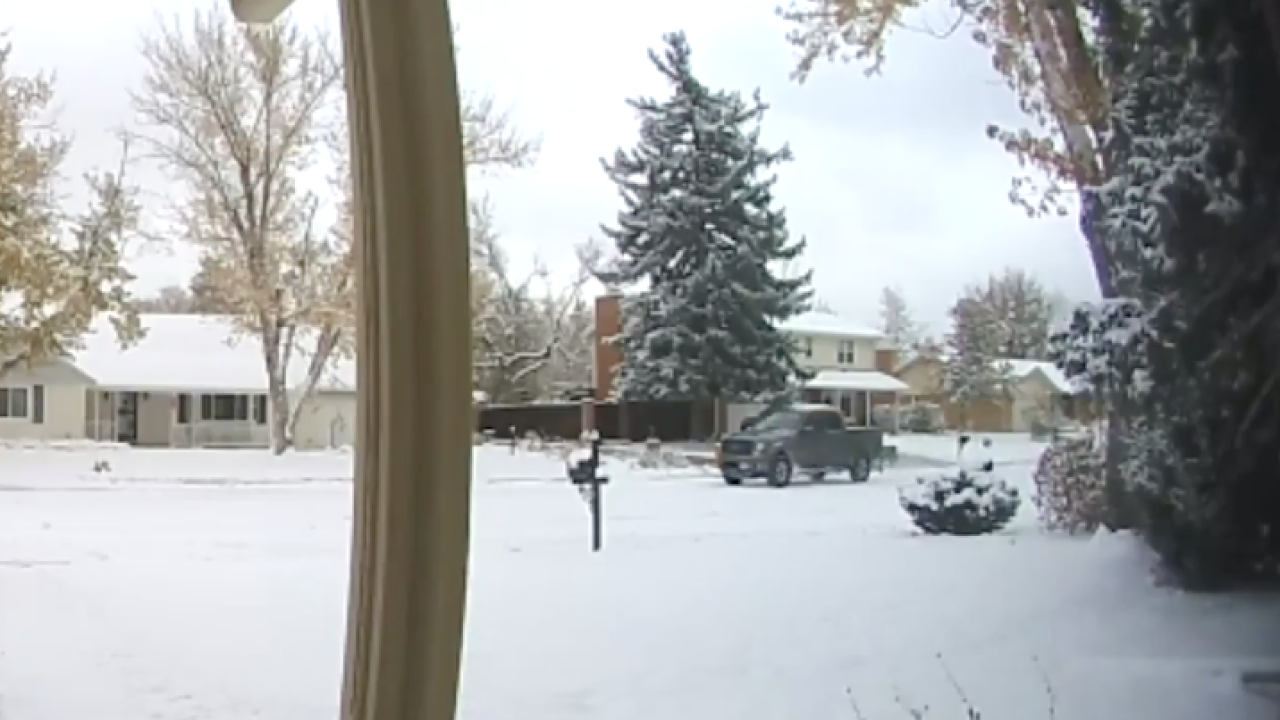 Police say this truck was involved in a robbery of an Amazon driver in Jefferson County.

A suspect described as wearing a black jacket, black pants, and a red bandanna brandished a weapon and then stole the driver's deliver van, according to a news release from the Jefferson County Sheriff's Office. The delivery driver was not injured.

The suspect was later seen with another man unloading the packages from the Amazon van into a pickup truck near South Depew Street and West Plymouth Drive. Authorities had located the van but were still working to identify and find the suspects.

The suspects were seen driving a dark gray, four-door Ford F-150 pickup truck with a black cover on the truck bed, officials said.