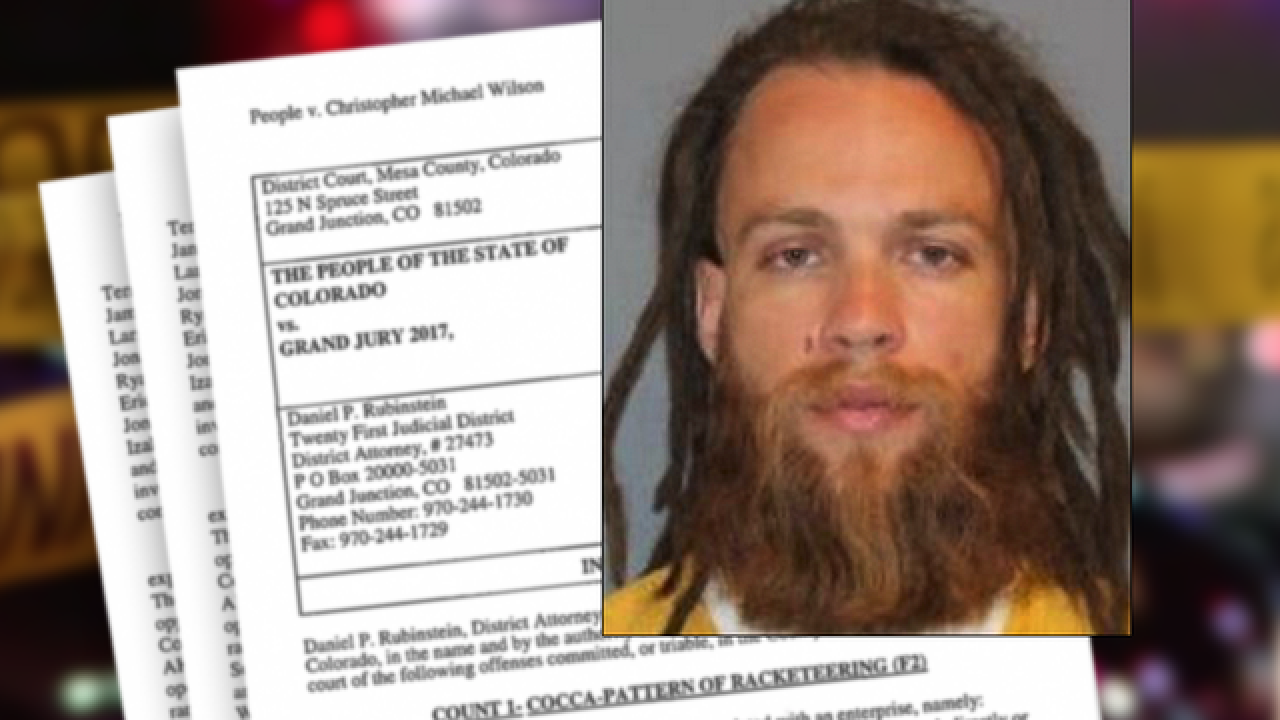 RAND JUNCTION, Colo. – The alleged leader of a Chicago-based street gang operating in Grand Junction was indicted on 24 counts, including racketeering charges under the state’s organized crime laws.

A Mesa County grand jury handed down the 18-page indictment Wednesday against the alleged leader of the Satan’s Disciples gang, Christopher Wilson, 31.

Wilson allegedly planned, participated and ordered a string of crimes in Mesa County beginning in 2016, according to an affidavit.

"The conduct of the Enterprise was to operate as a chapter of the Satan’s Disciple’s gang, expand their territory, increase their membership, and create fear of the gang through crime,” the affidavit read.

Wilson allegedly orchestrated a brutal armed robbery of a Mexican grocery store in Grand Junction in November of last year. The clerk was pistol-whipped and dragged by her hair during the robbery, according to the affidavit.

Other crimes including a failed pawn shop robbery, assault, evidence tampering and menacing are alleged in the affidavit.

Several other people were involved in the criminal organization, and more arrests are anticipated, according to the Mesa County District Attorney’s Office.

Wilson is scheduled to appear in court Friday.