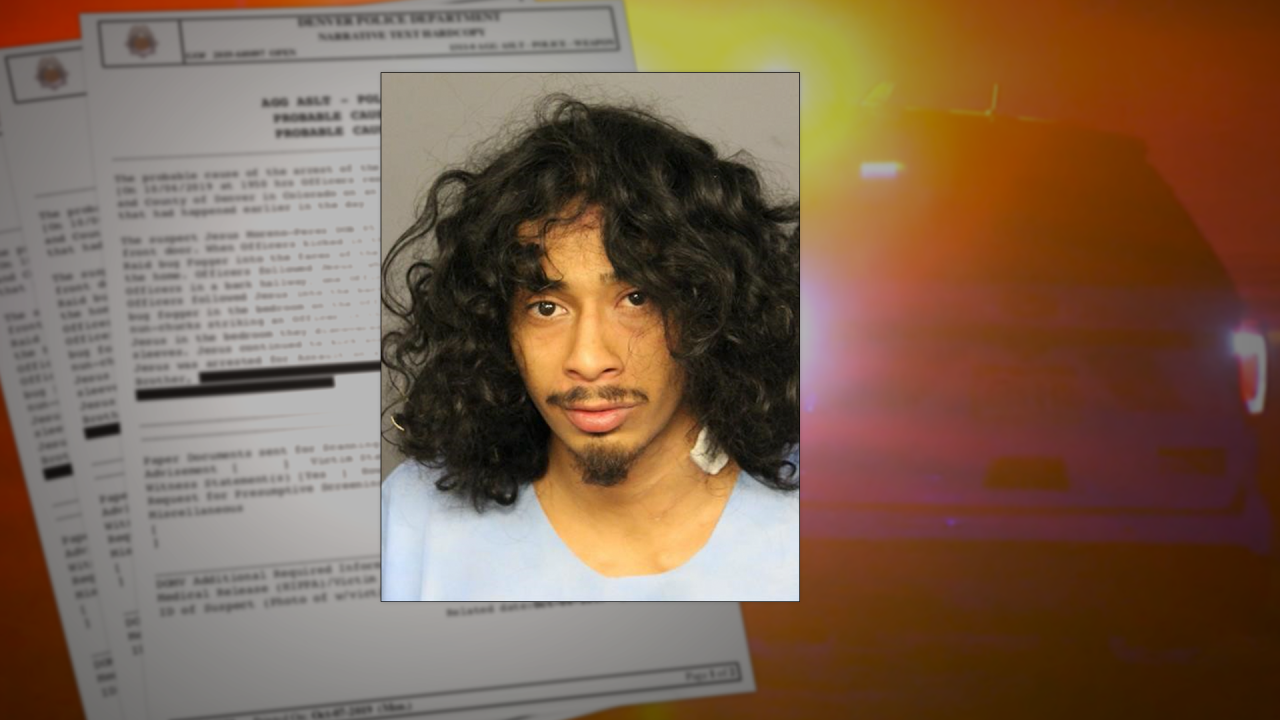 DENVER — A man wanted for a previous assault is now facing an additional charge after he allegedly attacked five Denver officers using insecticide bug bombs and nunchucks during an arrest attempt Sunday night.

Jesus Moreno-Perez, 25, was arrested for assault on a police officer and on a previous complaint of assaulting his brother, according to an affidavit obtained by Denver7 Monday.

Five Denver police officers were transported to the University of Colorado Hospital after the incident inside the Montbello home in the 4500 block of Sable Street. The officers’ injuries were not serious, police said.

The officers arrived at the home around 8 p.m. to take Moreno-Perez in custody for the alleged assault on his brother. But the suspect had used furniture to block the front door, the affidavit read.

When officers kicked in the front door, Moreno-Perez opened up a can of Raid bug Fogger into the faces of the officers, according to the affidavit. The suspect then fled further into the home where a pursuing officer deployed their Taser, but it failed.

Officers followed the suspect into a bedroom where Moreno-Perez allegedly used a second can of bug fogger on the officers, according to the affidavit. Inside the bedroom, the document alleges Moreno-Perez used a pair of makeshift nunchucks, striking an officer in the head.

While officers were restraining Moreno-Perez in the bedroom, they found two long knives concealed up his arm sleeves, according to the affidavit. The suspect continued to kick and spit at officers while resisting arrest, the document states.

Moreno-Perez is being held at the Denver City Jail. Bond information was not immediately available.