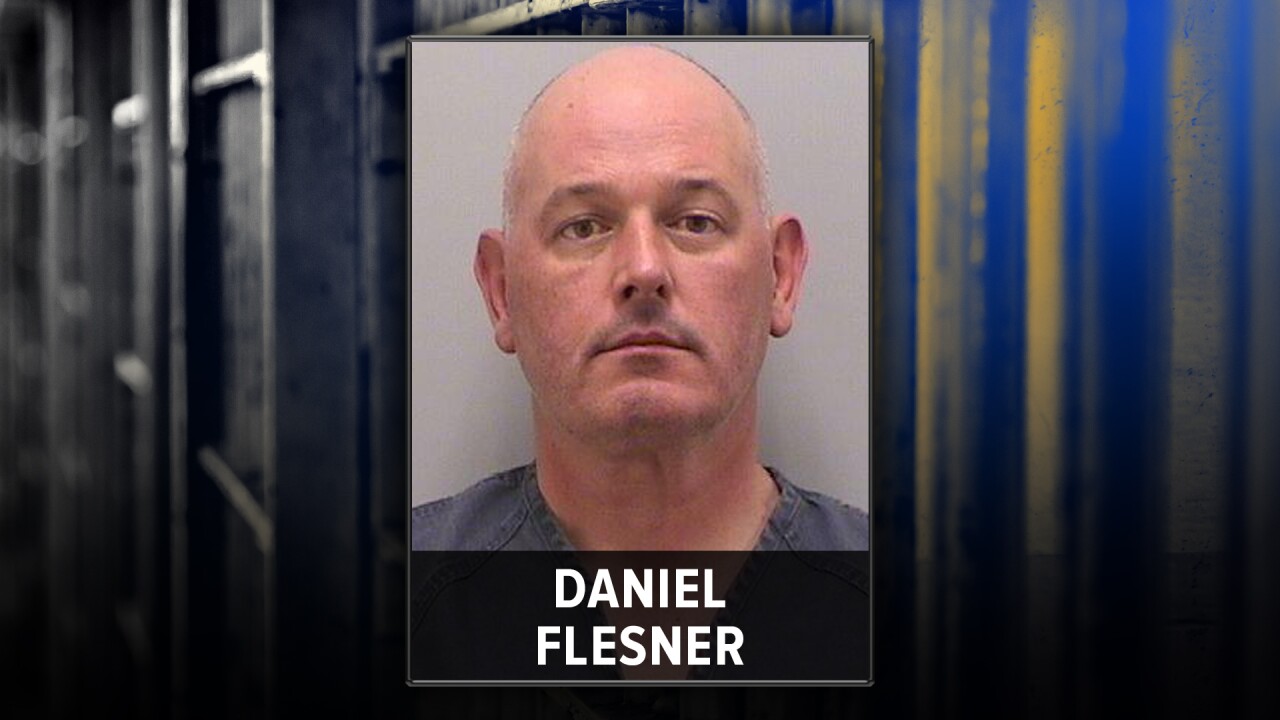 DENVER – A former Denver firefighter was arrested Wednesday on charges of invasion of privacy and tampering with physical evidence after admitting he placed a hidden camera inside the room of a female co-worker, according to an arrest affidavit obtained by Denver7 Friday.

Daniel Flesner, 47, who was also booked into the Douglas County Jail on an additional fugitive from justice charge, was identified as the primary suspect in the case after he allegedly tried to tamper with the recording device when an internal investigation into the incident was underway, according to a police account of the incident.

The investigation began on March 31 at around 2:40 a.m. when officers with the Denver Police Department were dispatched to Denver Fire House 9 on a call of a suspicious occurrence.

The affidavit states one of the responding officers contacted the victim who told the officer that earlier that night, at approximately 10:30 p.m. on March 30, while in her room, someone passed and spoke to her, and approximately five seconds later, she heard her own voice repeat the same thing she had just said.

The victim “had a feeling that someone was recording her” and began to search her room for unknown devices, before finding a charger that appeared to have a camera lens facing toward a part of the room where the woman changed on a daily basis, the police documents state.

It also stated the woman then searched online and found a website that sells the device. According to the victim, the website described the device as a “motion activated camera with the option for recording.”

The victim then notified Denver Fire Lieutenant Daniel Flesner about the incident and was told “it would be okay to take a day before she decided what she was going to do about the device being in her room.”

The woman then talked to a third party who was not identified by name in the affidavit and showed him the device. That party then asked her if it was okay to get a second opining regarding the “actions that should be taken regarding the investigation.”

The affidavit states that third party then took the recording device to Flesner, who took it from him and examined it – but after the third party reached out for the camera, Flesner did not let him have it and said “he had it.”

The victim then told Flesner she wished to see what was on the SD card in the camera, but the affidavit states Flesner used a pin and tampered with the SD card and told the victim that the device “would not come out.”

The police documents show the card appeared to be jammed into the device and positioned sideways.

The victim then called a Denver Fire captain and told him what had occurred.

The affidavit states the responding officer left the station with the camera device and was later contacted by the victim, who told him that Flesner admitted to placing the camera device in her room and that it was meant as a joke. He also claimed he purchased the device “to keep an eye on his garage, but that he did not know it recorded.”

Flesner was suspended at that time and has not been allowed back into Station 9 to remove his belongings from his bedroom or locker.

Investigators obtained a search warrant for the micro SD card and found a single video inside, dated March 30 with a time stamp of 6:50 a.m. The video shows the victim entering her bedroom to change. There were also several other files, including video and pictures that were deleted from the micro SD card dating from February 1, 2019 that were “preserved by still picture on the device showing the room of the victim and pictures of the victim in her room,” according to the affidavit.

Following an interview with the victim, Flesner was identified as a person who was seen standing at her door and speaking to the victim on March 30.

She told police that, in the recording from the SD card, she was holding an icepack to her face when Flesner asked if she had a migraine. The video reportedly captured the woman saying she was holding the icepack to her face because she had been kicked during training, but approximately five to seven seconds later, she heard her exact same words repeated back, with the sound coming from Flesner’s left pant pocket.

According to the police report Flesner “immediately put his left hand in his left pocket and walked away.”

The victim the showed the investigator in the case a group text message sent by Flesner in which he said, “Hey gang. So, so sorry. Prank gone wrong. Love you guys.”

The investigator then showed the victim a picture of Flesner and she positively identified him at that point.

Flesner was placed on investigative administrative leave and two days later, he retired from the fire department.

On Wednesday night, he was arrested by the Parker Police Department on charges of felony invasion of privacy for sexual gratification and tampering with physical evidence.

It’s unclear if Flesner has been assigned an attorney or a public defender in this case.