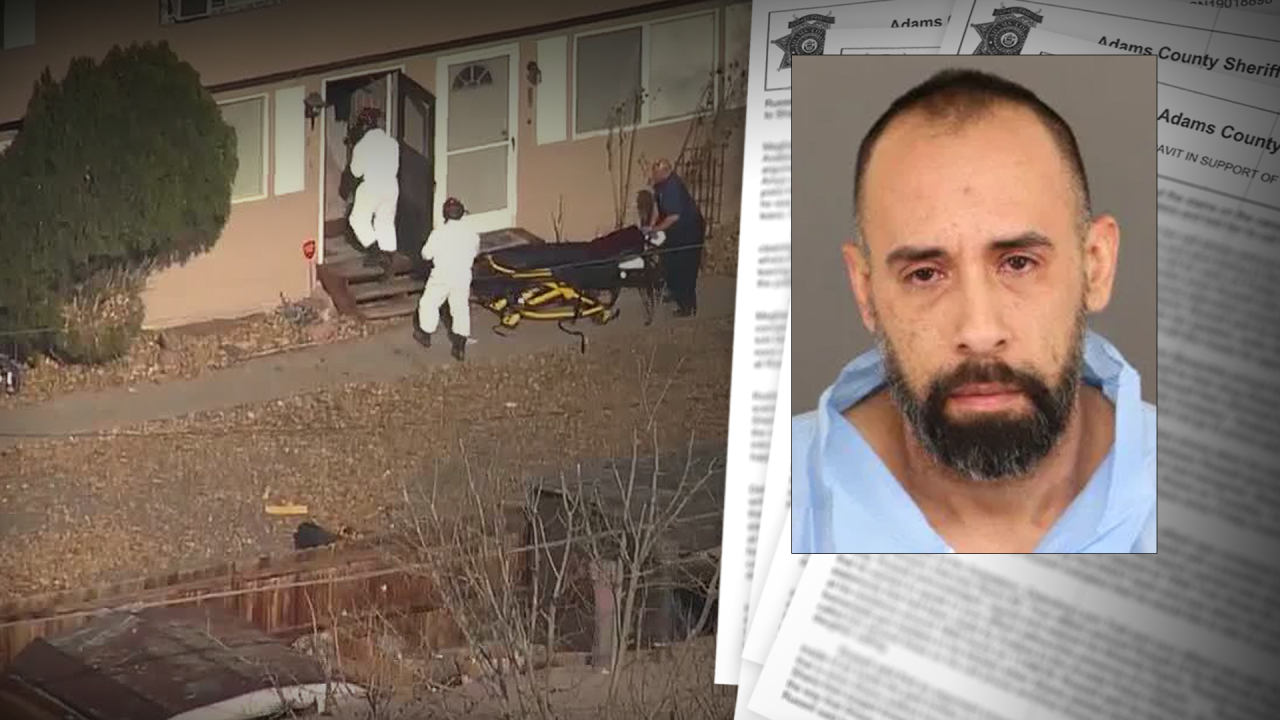 ADAMS COUNTY, Colo. — Something was just off about her father’s behavior following the disappearance of his longtime friend, the teenage daughter of 38-year-old Russell Montoya told authorities. And the “putrid odor” emanating from the basement was “indescribable,” according to a newly-released affidavit detailing the shooting death of 38-year-old Shane Nelson, who was reported missing days after he was killed.

But it was her discovery of a freshly-poured concrete slab in the laundry room next to her basement bedroom that forced her to confront her father. But she wasn’t prepared to hear what he told her over the phone, according to police documents. Montoya confessed to shooting and killing Nelson, who he had been friends with for 25 years, inside their apartment the night of Nov. 8, the affidavit states.

The alleged confession led to the discovery by authorities of Nelson’s body encased in concrete in the basement of Montoya’s apartment in the 7800 block of York Street Friday afternoon — exactly where the daughter said he would be found.

After the Adams County Sheriff’s Office found the body, they took Montoya into custody on suspicion of first-degree murder and tampering with physical evidence. The suspect told investigators that he shot Nelson four times during an argument the two were having and after Nelson attempted to reach for his handgun inside of a pant holster in his waistband, according to the affidavit. The suspect claims he shot his longtime friend in self-defense.

After the shooting, Nelson stumbled and fell to the ground, the documents state. The victim began moaning as he lay dying in the suspect’s kitchen, according to the affidavit. Moments later, Montoya said he and his wife left their apartment and drove around the neighborhood for several hours. The couple then returned home, and Montoya said he sat next to his dead friend, “talking to him and trying to figure out how everything happened,” the affidavit reads.

Meanwhile, Montoya’s daughter, who hours previously saw Nelson and her dad talking peacefully before leaving for her job, was told by Montoya via text message to “Just stay away for second ok,” the documents state. The daughter returned home the next day and was greeted by a nervous Montoya. And the suspicious behavior would continue over the next several days, the daughter told investigators.

Montoya’s wife, who police allege helped her husband drag Nelson’s body into the basement and clean up the scene, has not been charged. However, police said in the affidavit that charges are pending.