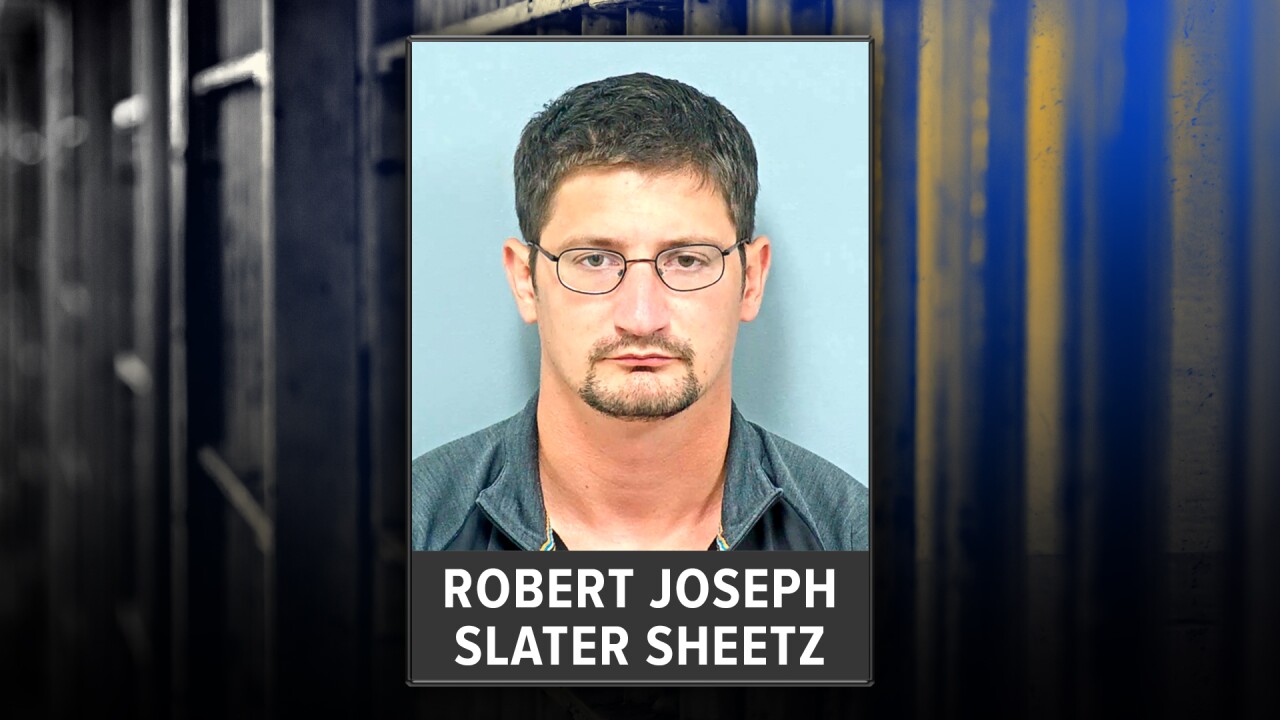 BRIGHTON, Colo. — An Adams County deputy has been arrested and is accused of abusing his 34-day-old baby inside his Brighton home.

Robert Joseph Slater Sheetz, a 30-year-old deputy with the Adams County Sheriff's Office, was arrested by Brighton police on Sept. 18 on a felony charge of child abuse causing serious injury, according to the police department.

The 17th Judicial District Attorney’s Office announced around 4 p.m. Wednesday that it had charged Sheetz with misdemeanor child abuse of his infant daughter.

On Sept. 18 around 11:30 a.m., an officer with the Brighton Police Department responded to a report of a child abuse that had happened along the 400 block of N. 13th Avenue in Brighton.

The police department's Victim Services Unit received an email that included a photograph of a baby with facial injuries and a screenshot of text messages between the baby's mother and father. In addition, staff at Children's Hospital called the police department to report a 34-day-old baby had been brought into the hospital with injuries to the face, according to an arrest affidavit.

The police department determined that the two reports were concerning the same infant, and the officer then responded to Children's Hospital in Aurora. The officer was brought to the emergency department.

In the emergency department, the officer met with the child's mother, who told the officer that around 10 p.m. on Sept. 17, she had fallen asleep a home. At some point, her husband, Sheetz, took the baby downstairs, according to an arrest affidavit.

Between 1 a.m. and 2 a.m. on Sept. 18, the mother went downstairs, where the baby was crying and Sheetz was trying to calm her down. The wife noticed a cut on the baby's upper lip and when she asked about it, Sheetz said he had just been sitting on the couch with her, according to an arrest affidavit.

The wife asked, "Did you do anything to her?" and Sheetz replied he had not. He said he may have fallen asleep on the couch with the baby, according to an arrest affidavit.

The wife said she was going to take the baby to Children's Hospital North Campus and Sheetz said he believed she was over-reacting.

At the hospital, doctors observed bruises on the baby's face, according to an arrest affidavit. The baby was transferred to Children's Hospital Anschutz Campus by ambulance.

The mother said Sheetz said he was unable to come to the hospital at that time because he couldn't find his glasses. He arrived to the hospital around 1:09 p.m. that day, according to an arrest affidavit.

At the hospital, he agreed to speak with police.

Sheetz explained the timeline to officers, saying he had woken up around 11 p.m. and brought the baby downstairs, fed her and played lullabies until she fell asleep. He said he was sitting on the right seat of a three-cushion sofa and had put the baby on her back on the left seat. He said he fell asleep and woke up to her crying. He said he put her on his lap and she calmed down, according to an arrest affidavit. When his wife came downstairs to breast feed, she noticed a cut on the baby's lip.

Sheetz said the baby could not have been injured by bottle feeding and it was unlikely that any of the five dogs or five cats in the home hurt her.

A Child Protective Services member told police that the doctor believed the child had been thrown to the floor or dropped, according to an arrest affidavit. The doctor said the injuries to the baby's eyes were from another person manually opening her eyes with the fingers, the bruising on her cheeks were from squeezing her face, and her bloody nose and torn frenula were from violently pressing a bottle into her mouth, according to the affidavit.

The Child Protective Services member said the doctor believed the injuries had happened with a few hours of her arriving to the hospital.

A doctor signed a serious bodily injury form from the police department, indicating that the baby's injuries — a "subdural intracranial hemorrhage and frenula tear consistent with NAT (non-accidental trauma) — posed a risk a of death, according to the affidavit.

Police said they found no explanation for the baby's injuries aside from that Sheetz had caused them intentionally.

At 2:54 p.m., Sheetz was arrested and was processed on a charge of child abuse causing injury knowingly and recklessly.