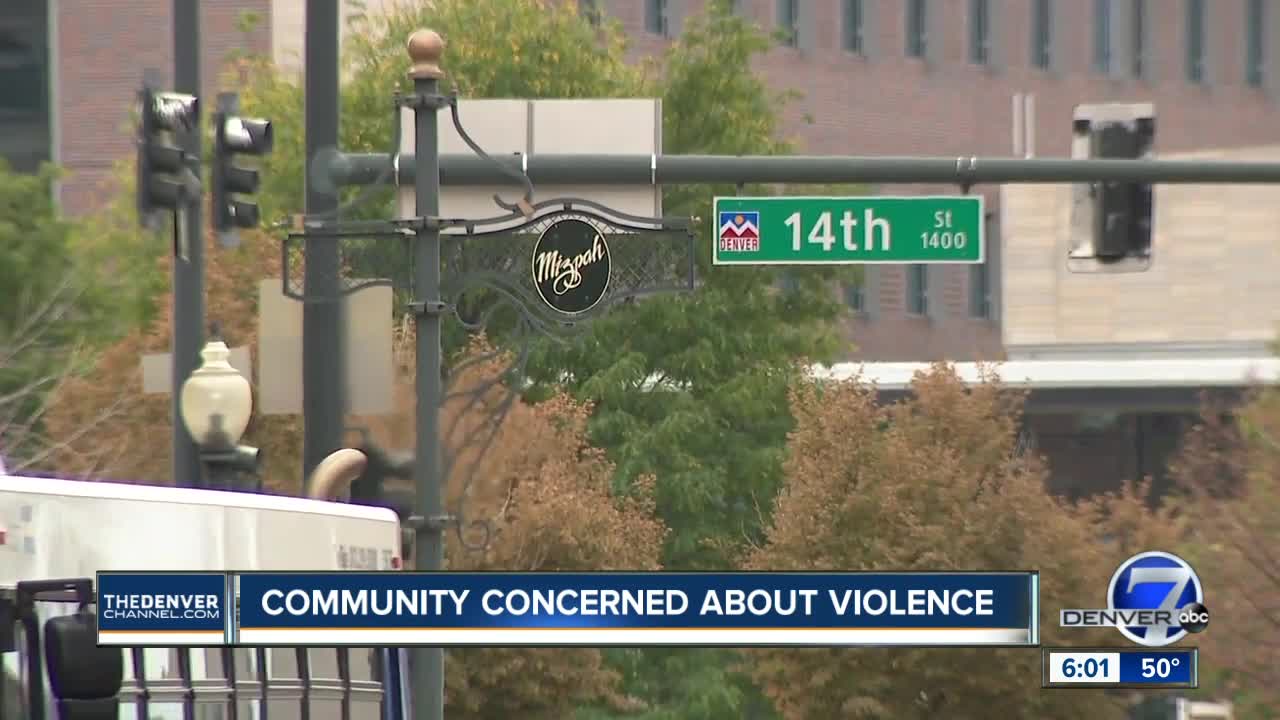 After another violent shooting near 14th and Market Streets, people that work in the LoDo area say they’re worried. 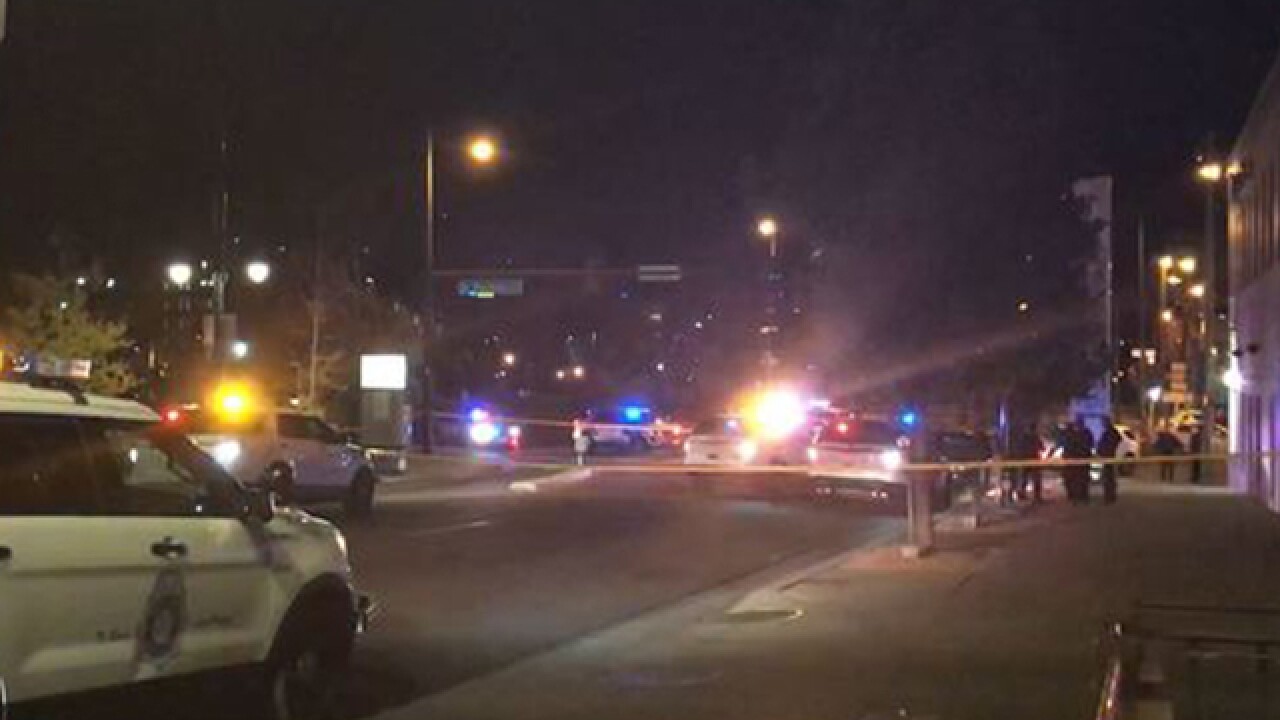 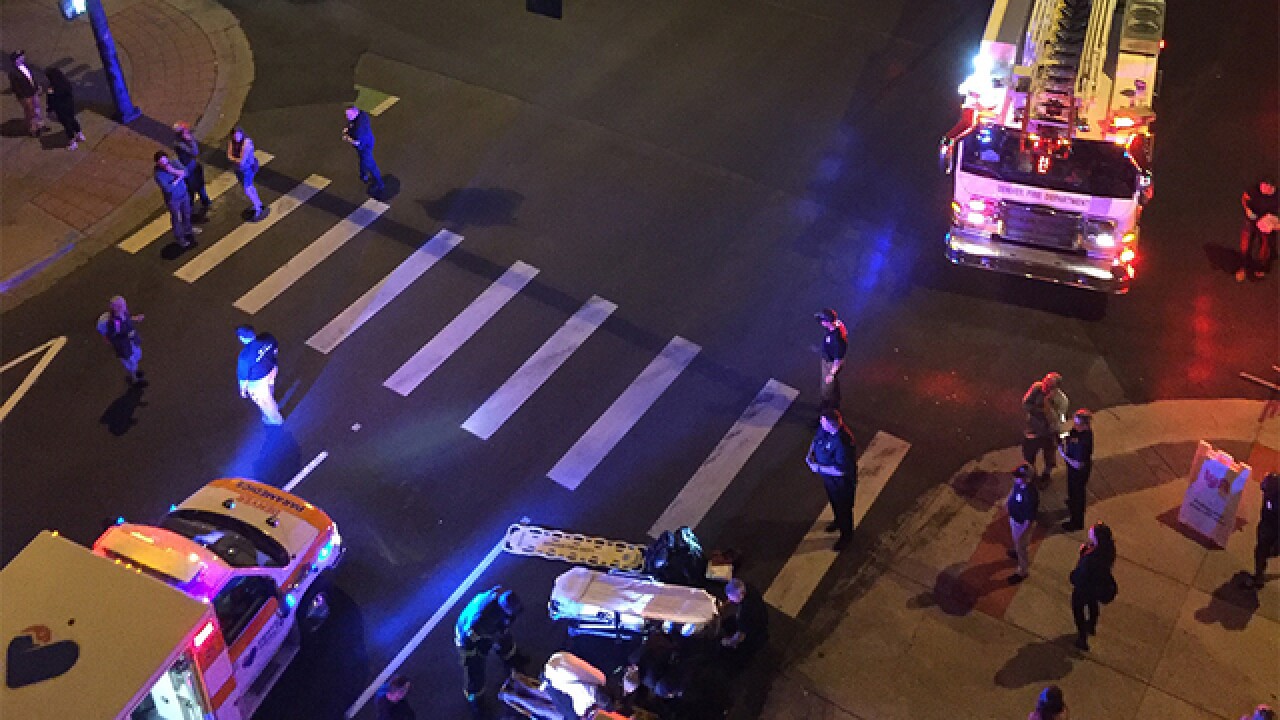 DENVER -- After another violent shooting near 14th and Market Streets, people that work in the LoDo area say they’re worried.

One person was killed in the early morning shooting Friday and another was critically injured. It’s the second serious shooting in as many weeks and just the latest in a streak of violent crimes in the area.

“This usually is a safe neighborhood. I don’t hear anything about what goes on around here. What’s going on is kind of shocking,” said Dwan Bell.

On August 23, at least four people were injured in a stabbing on 14th and Market Streets. It happened right outside of Lit Nightclub.

Then on September 17, two men and a woman were injured in a shooting less than a block up the street, on 15th and Market. Armando Durete was arrested in that shooting on suspicion of attempted first-degree murder with extreme indifference and first-degree assault.

Friday’s early morning shooting was just the latest incident to happen to the area. Witnesses say a local security guard who was working at one of the bars was the person who died.

“A good friend of ours just passed away and it sucks,” said one woman who works at a bar in LoDo. She did not want to be identified but says she’s seen the area grow increasingly dangerous and has started asking coworkers to walk her home every night.

“It sucks to say that I’m not surprised. This is not shocking anymore. It’s getting really scary over here,” she said.

Other people who work at night in the area expressed similar concerns. Brianna Oldz works at a nearby bar and says the dynamic of the area is shifting.

“It’s changed over the years especially with the opening of new clubs and the late-night hookah bar and a food truck in the area; it has just drawing a lot of people here,” Oldz said. “It was never really clubby around here. It was always like neighborhood hole-in-the-wall and service industry area and now it’s a big club area.”

She, too, has started to take more precautions as she leaves work each night, including leaving out the back door of the bar.

Meanwhile, Angela Dorsey has worked for two restaurants in the area for years and says she is always watching her surroundings.

“I’m leaving (work) by myself and there is a lot of violent confrontations that are going on downtown especially in this area right here, a lot of drunkenness, a lot of just messiness,” Dorsey said. “There’s really nothing I can do, this is my job, I have to come.”

Dorsey said she has noticed a police presence in the area mainly during the day. At night, however she said that’s when the area tends to get more dangerous.

“It is getting pretty scary down here, especially when, you know, people are getting shot and murdered,” Dorsey said.

She, too, has noticed the changes happening in the are but says she doesn’t know what’s driving them.

Even security experts know that the area can be dangerous.

“I think the LoDo area is inherently more dangerous because of the amount of people down there obviously,” Greg Whitus, the Chief Operating Officer of BOSS High Level Protection told Denver7. “They have a younger crowd, which tends to be often more violent when they drink and so they have some inherent risks down there, and then you just add the masses down there on the weekends and chances of the violence (happening) go way up.”

His company provides armed and unarmed guards to establishments across the state. It also trains security guards and bouncers on de-escalation tactics.

“Our suggestion to everybody is if you need a security guard, get an arm security guard because they have the ability to protect themselves all the way up to deadly force,” Whitus said.

Many of the bars and nightclubs in LoDo have security personnel in place. Some of the security staff are armed and some are not.

“Most of them are not trained, they get hired because they’re big and they’re tough and they pick people up and throw them out the door,” Whitus said.

But that’s about to change. Starting in November, the Denver Excise and Licensing Department will require all security personnel to be instructed through an approved training establishment like BOSS High Level Protection.

“It’s an isolated incident that happened last night but certainly Denver is growing and we’re seeing more violence throughout the Denver metro area, so the guards, the bouncers have to become more educated on how they deal with it,” Whitus said.

As for everyone else, Whitus says it’s important to be aware of your surroundings and to call police if you feel unsafe.

“Be vigilant of what you’re doing. If you see something going on, get away from it because certainly if you’re in a bar and a fight is starting, you don’t want to be caught in the middle of it because you don’t know it’s going to happen next,” Whitus said.

Denver7 spoke with a group that represents Larimer Square and a spokesperson said they are cooperating with police and committed to keeping people safe in the area, but wouldn’t elaborate on how they are going about it.

Denver Police, meanwhile, are still investigating the latest shooting and are asking for any witnesses to call them with information.