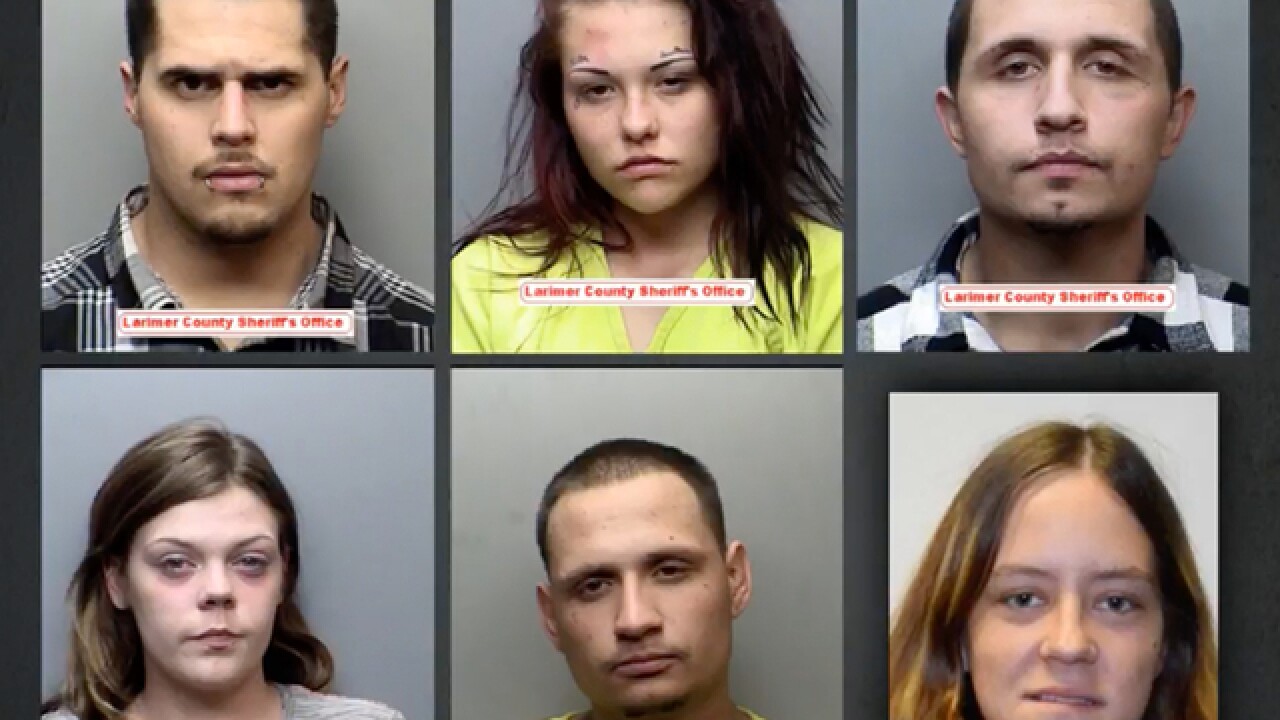 Fort Collins police said the six people were involved in 15 different incidents in a spree that started last December and ran through May. They said the alleged crimes happened in Larimer County and the city of Fort Collins and impacted at least 20 people, though they did not say specifically what happened.

Already in custody are 19-year-old Savannah James, 23-year-old Mark McQuilliams, 21-year-old Raymond Valdivia, 19-year-old Alyssa Johnson and 23-year-old Michael Carrillo. A judge has issued a warrant for 22-year-old Brittany Orton’s arrest but she is not currently in custody, police said.

Anyone with more information about Orton’s whereabouts or the case is asked to call Detective Chris Tibbets at 970-416-2948 or Larimer County Crime Stoppers at 970-221-6868.