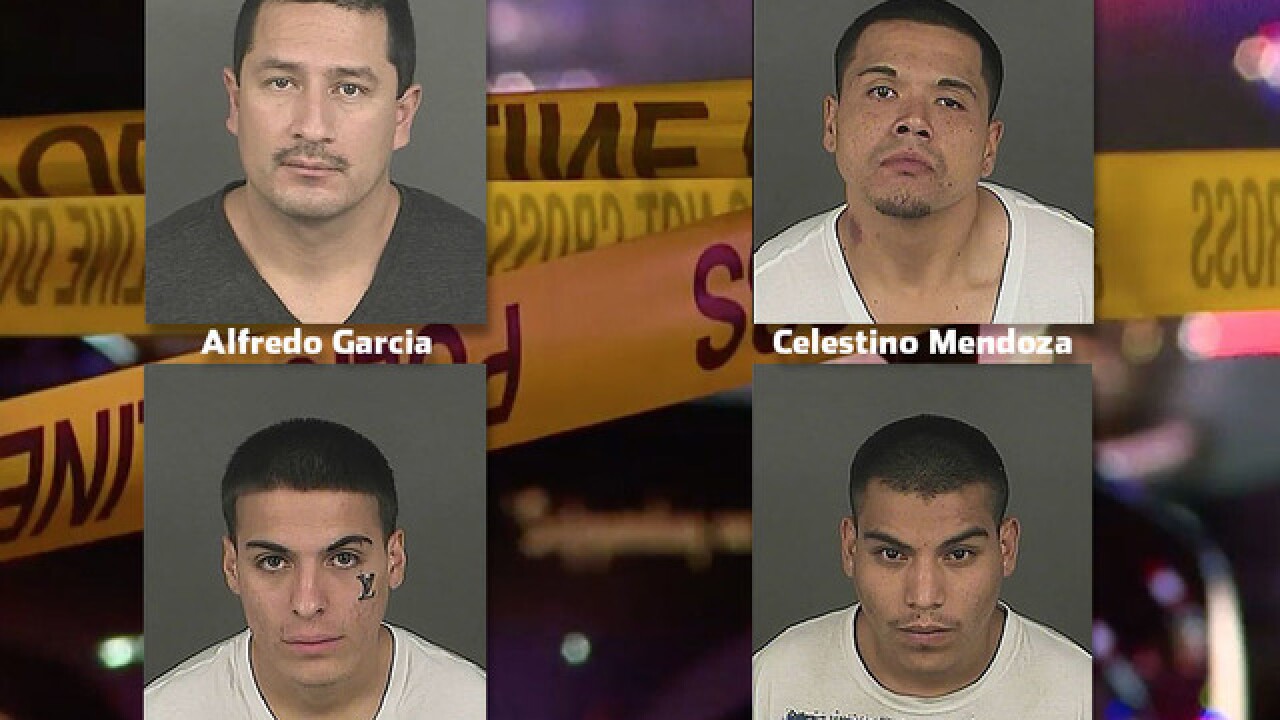 Copyright 2017 Scripps Media, Inc. All rights reserved. This material may not be published, broadcast, rewritten, or redistributed.
<p>The Denver district attorney has charged four men in connection to a string of six robberies and attempted robberies that happened in late May and early June.</p>

DENVER – Four men have been charged with multiple felonies related to a string of six robberies and attempted robberies at various banks and businesses earlier this year.

The Denver District Attorney’s Office announced the charges against the four men on Monday.

Alfredo Ray Garcia, 39, Celestino Mendoza, 28, Angelito Arechiga, 21, and his cousin, Louis Arechiga, 19, all face felonies in relation to the robberies, which happened between May 23 and June 14 this year.

Garcia faces 44 counts, including violations of the Colorado Organized Crime Control Act, kidnapping, first-degree burglary, aggravated robbery, escape and others. He’s currently in custody in New Mexico after being arrested there on a warrant out of Colorado.

Mendoza faces 40 charges, which also include violations of the Colorado Organized Crime Control Act, kidnapping, first-degree burglary, aggravated robbery and others. He’s already in custody in the Colorado Department of Corrections in Crowley County.

Both of the Arechigas face two counts of felony aggravated robbery and two violent-crime sentence enhancers. They were both arrested mid-July and remain in custody at the Denver jail.

Mendoza is accused of helping Garcia with five other robberies or attempted robberies:

Garcia and Mendoza face escape charges because they are accused of leaving a halfway house without being allowed to do so.