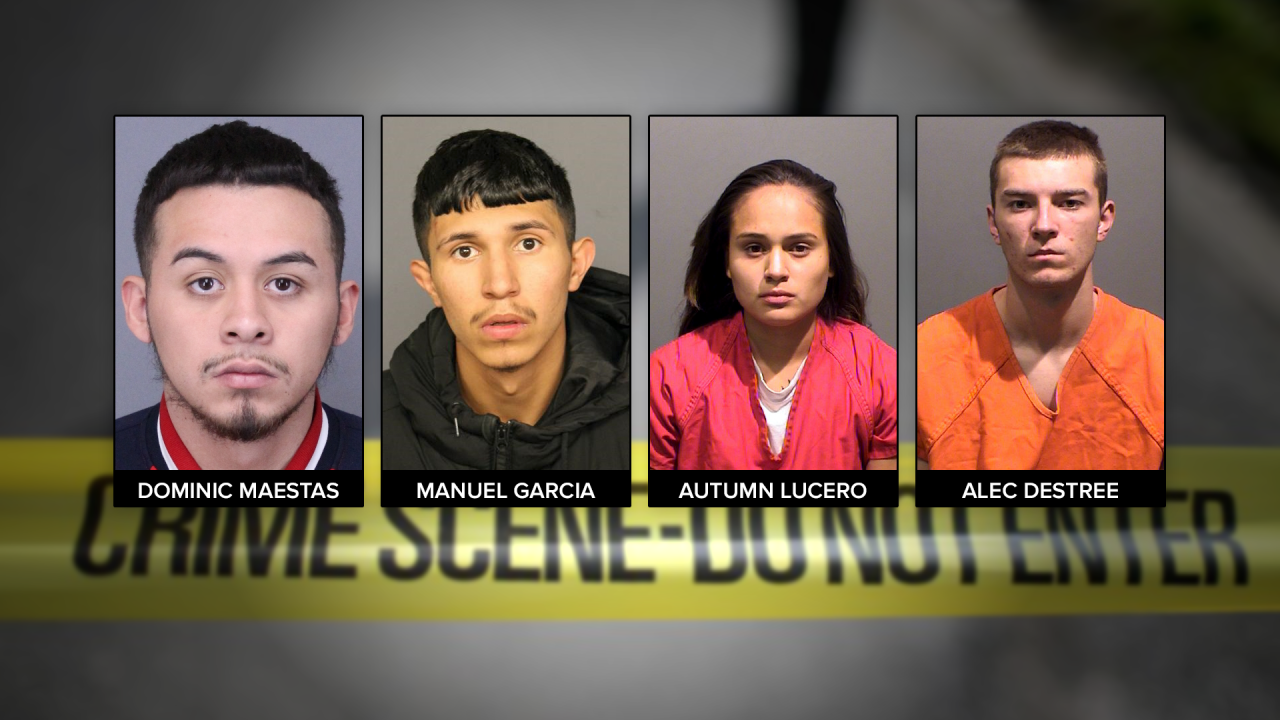 LAKEWOOD, Colo. — Police in Lakewood announced Wednesday the arrest of four people in connection with the deadly shooting of a 56-year-old man during a suspected carjacking last month.

Rene Perez was returning home from work as a janitor just after midnight on Oct. 15 when he was shot to death in an apartment parking lot in the 200 block of S. Teller Street, according to Lakewood police.

A call to police on reports of people hearing shots fired led officers to Perez, who was found in the parking lot suffering from an apparent gunshot wound. He was transported to a local hospital where he later died of his injuries.

Over the past month, investigators gathered evidence and talked to witnesses, leading to the arrest of four suspects – Manuel Garcia, 18; Dominic Maestas, 18; Alec Destree, 20; and Autumn Lucero, 21. Police say the four suspects are from Denver and were arrested in the past week -- Maestas was picked up early Wednesday morning.

The four suspects were booked into the Jefferson County Jail on suspicion of committing first degree murder.