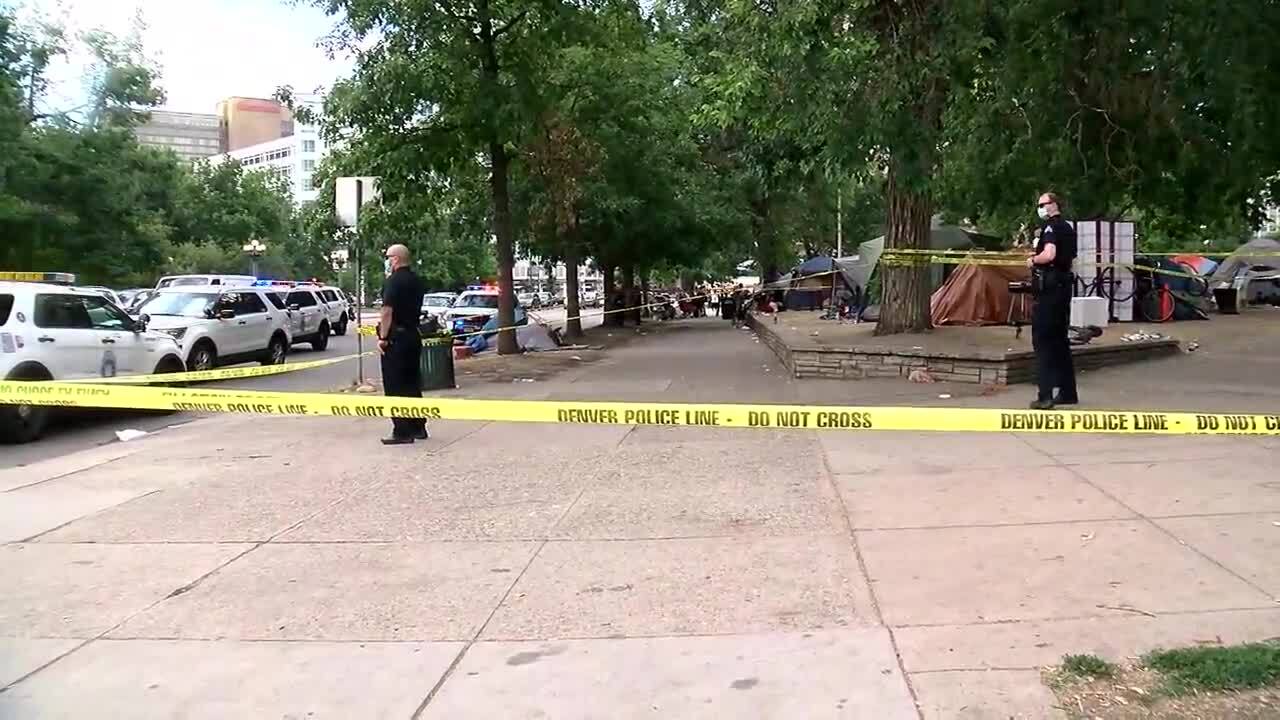 Copyright 2020 Scripps Media, Inc. All rights reserved. This material may not be published, broadcast, rewritten, or redistributed.
Leah Schwartz/Denver7
Denver police officers stand at a crime scene involving a triple shooting near the intersection of Broadway and Colfax at Civic Center Park on Thursday, July 23, 2020. 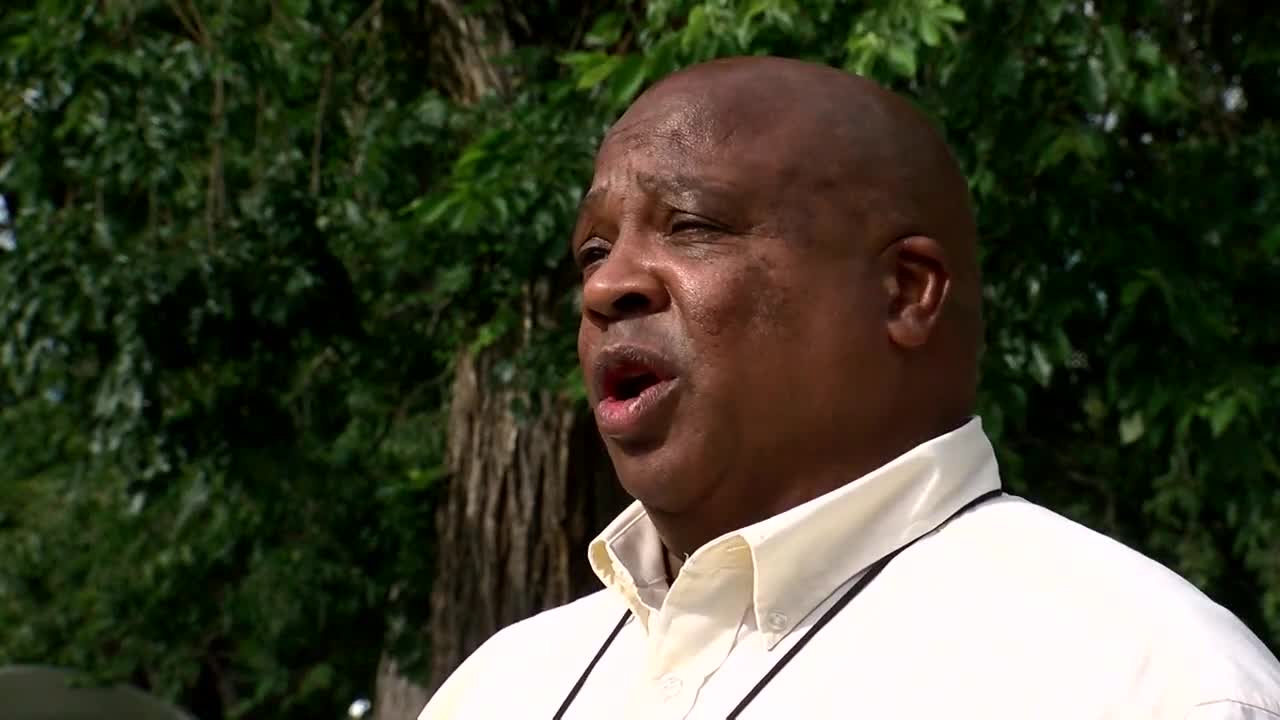 DENVER – Officers with the Denver Police Department cordoned off a section of the Colorado Veterans Monument across from the State Capitol Thursday afternoon as they searched for a suspect who shot three people, one of them fatally.

Officers responded to the area near the intersection of 14th Avenue and Broadway after receiving a call about the shooting at around 3:52 p.m., according Denver police spokesperson Sonny Jackson.

Alert: Officers are investigating a shooting in the 1400 block of Broadway with three victims; conditions unknown. Officers are attempting to identify and locate the suspect. Updates posted as available. pic.twitter.com/IIt8rfpeXC

Jackson advised residents to expect delays if going up 14th Avenue as police are still interviewing witnesses to determine the cause of the shooting.