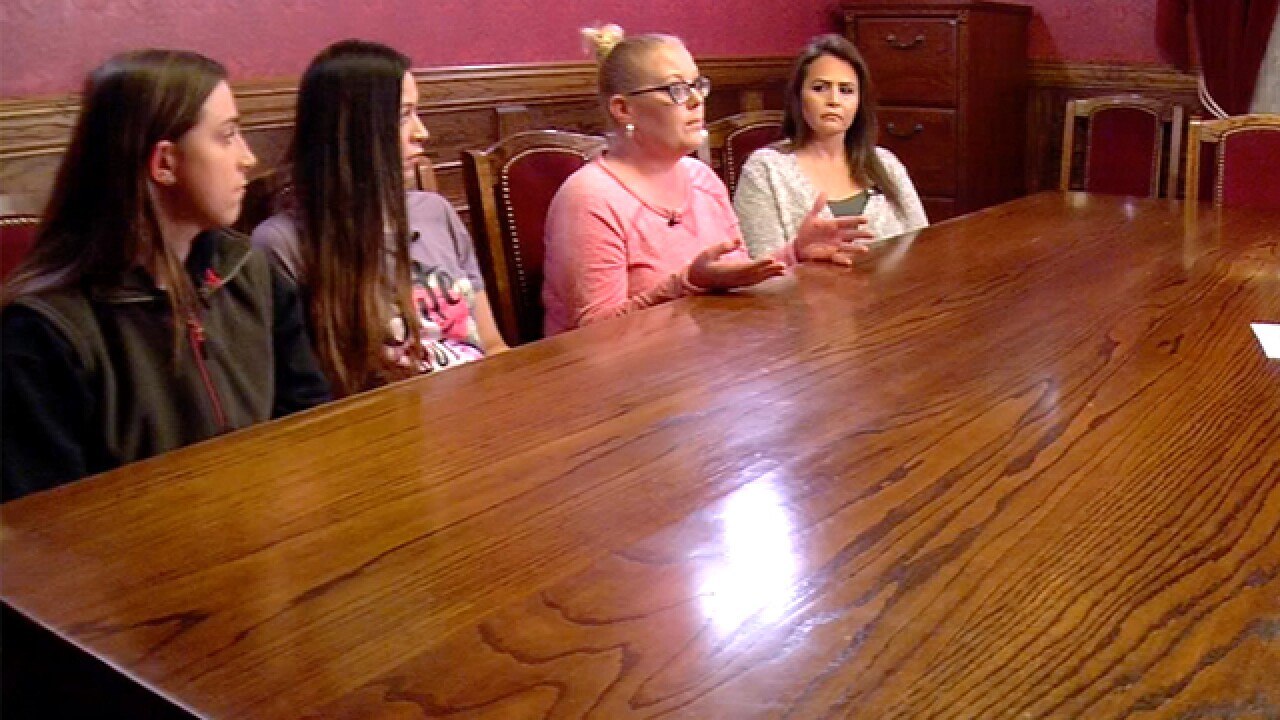 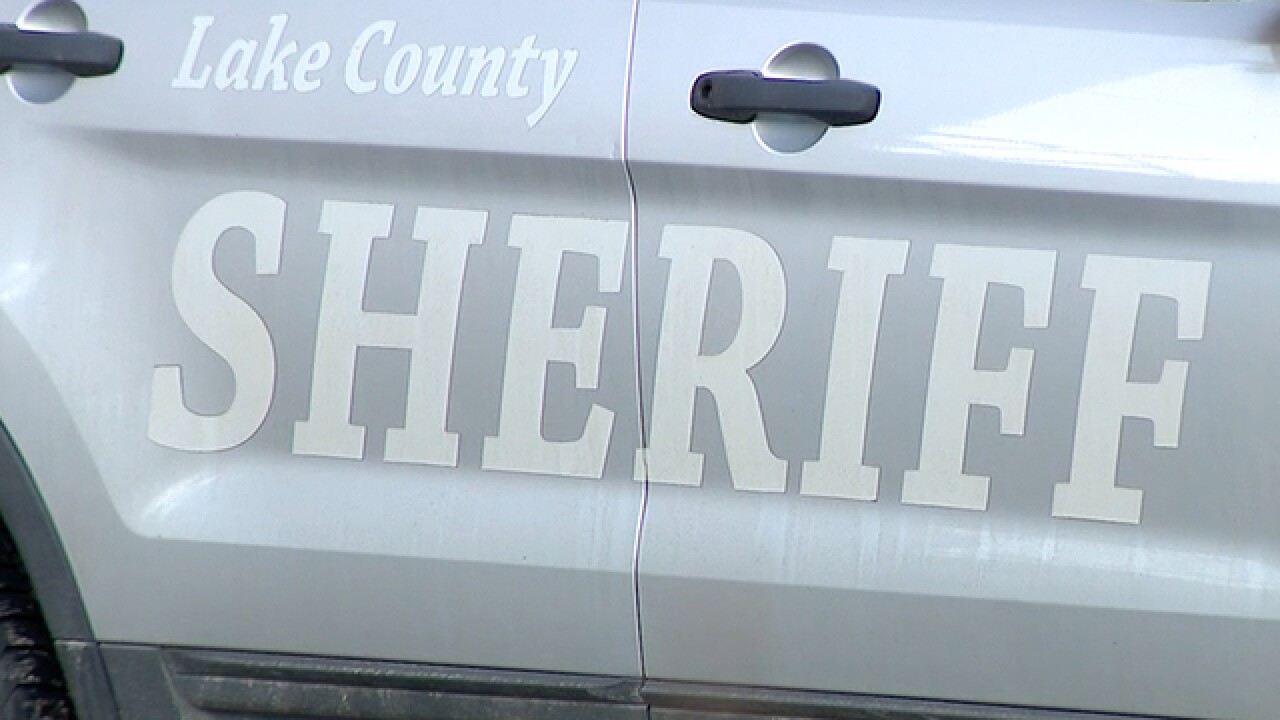 LAKE COUNTY, Colo. – Three female employees of the sheriff’s office in this sparsely-populated central Colorado county say they have been repeatedly sexually harassed by the undersheriff, and that the harassment has continued despite an investigation and pleas for it to stop.

The women, who work as 911 dispatchers for the Lake County Sheriff’s Office, say Undersheriff Fernando Mendoza has continually made lewd comments to them and sent them inappropriate text messages—sometimes, even, while they are on duty.

“I feel on edge from the situation, not from the job I do,” one of the women, Nicole Garner, told Denver7. “I feel I have anxiety. I get to where I can’t breathe—where I’m shaking.”

She, along with two other women and a female victim’s advocate who works for the sheriff’s office, spoke to Denver7 about the alleged harassment after they said pleas to Sheriff Rodney Fenske fell on deaf ears, and when Fenske instead told the dispatchers they would be recorded 24/7 while on-duty for what he says is their own protection.

Garner alleges that Mendoza has repeatedly sent her lewd texts.

“I was sick at one point, and the undersheriff stated to me that I was sick from sucking too much d---,” she told Denver7.

Some of the messages came from Mendoza’s sheriff’s office-issued phone, according to screenshots.

And another time, when she was the victim in a domestic violence, Garner says Mendoza made comments to her about injuries to her body.

“A few weeks after the domestic violence, I was walking by the undersheriff’s office. He called me into his office and said, ‘I got to see your boobs today,’” Garner said. “And [he] showed me the picture and it was my domestic violence picture where my breast was scratched up.”

“I’ve never felt so humiliated in my life,” she continued. “So small, insignificant. I felt victimized time and time again.”

But Garner is just one of several women who work for the sheriff’s office who says they’ve been sexually harassed.

Parsons says those comments made her change what she wore to work, and that she even switched shifts because she was “uncomfortable.” She says she even pondered leaving her job when she worked nights with Mendoza.

“I was very uncomfortable,” she added.

Another sheriff’s office dispatcher, Maria Chavez, told Denver7 that Mendoza made similar comments about her age.

“He would make it about my body, about how the uniform looked on me, and how I always looked good,” Chavez said. “He wished I was younger.”

“It’s really disgusting,” she continued. “He made it seem like he was my friend, but it was more to be inappropriate.”

Sheriff Fenske hired a Denver-area law firm to conduct an investigation into Mendoza’s conduct on Oct. 17 after Garner filed a sexual harassment claim against Mendoza.

The U.S. Equal Employment Opportunity Commission says about the definition of sexual harassment: “Although the law doesn’t prohibit simple teasing, offhand comments, or isolated incidents that are not very serious, harassment is illegal when it is so frequent or severe that it creates a hostile or offensive work environment.”

Denver7 went to Leadville to ask Fenske more about the investigation. He says it lasted approximately 10 days, and that Mendoza was “off for a short amount of time.”

Garner received a letter back from the law firm, Lyons Gaddis, on Nov. 2.

When Sheriff Fenske was asked by Denver7 Tuesday what changes would be made, he said: “We will make some changes. I just can’t tell you what it is.”

He said the complaint filed by Garner was “the first one” he’d ever taken, and said he takes the report seriously. He also repeatedly declined to comment on the investigation, saying it was personnel matter he was not allowed to discuss. And he demurred when asked about the women’s allegations.

Fenske said he was waiting to learn the results of the investigation despite Garner having received her letter dated Nov. 2.

Paula Velasquez, a victim’s advocate who also works for the sheriff’s office, says she believes the women, and has questions about the letter the investigators sent to Garner.

“What is a sexual innuendo compared to a sexual harassment? I don’t know what that means. Either you said it or you didn’t,” she said. “Did it make them feel uncomfortable? Yes it did. Would that be OK with their mothers, their daughters, their sisters? Would that be tolerated?”

She says hearing about the harassment from the other women at the office makes her “angry.”

“I totally believe it’s sexual harassment…and to be made to feel like they’re lying – why would anyone want to be put in that position?” she said. “I believe a line was crossed that should’ve never been crossed…by anyone—especially someone in authority who can have your job right there and then.”

Garner says that Fenske asked her to sit down one-on-one with Mendoza to find common ground, and that she and other dispatchers would be recorded 24/7 while at work.

The Lake County District Attorney’s Office says it is aware of the allegations, and said it looked into them, but that it has not found sufficient evidence to charge Mendoza criminally.

Meanwhile, the women say they feel like they are up against a lot in bringing their allegations forward.

“We just feel re-victimized having to go back to work and be in the same room with the person that did this to us and feeling like liars.”