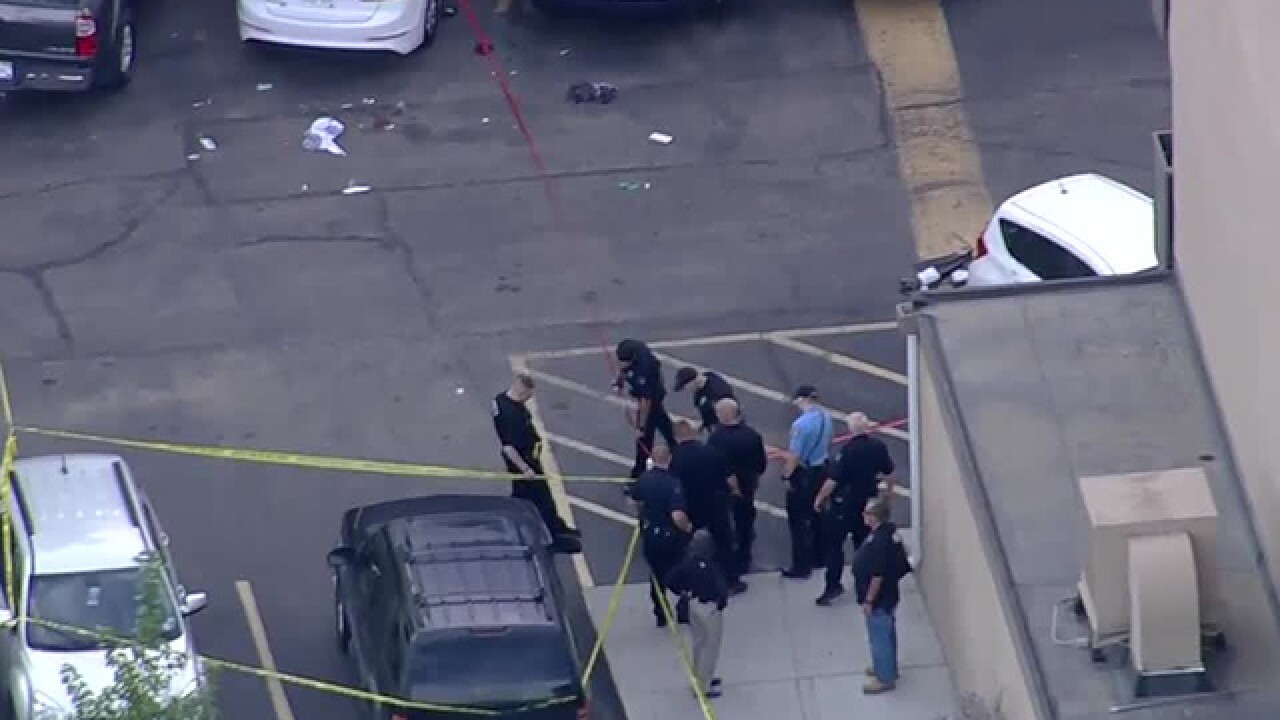 AURORA, Colo. — Two men who were shot before police arrived and confronted the suspect in Aurora Friday evening are dead, according to a police statement released Saturday.

An officer who was struck in their Kevlar vest during an exchange of gunfire with the suspect has been released from the hospital.

The two victims, along with a juvenile male, were found by police on the ground suffering from gunshot wounds after they responded to a reported physical dispute in the 1900 block of Peoria Street around 5:15 p.m. Friday.

Police said in a statement that an officer confronted an armed suspect and gunfire was exchanged between the suspect and the officer, which resulted in the officer and suspect being shot.

The suspect, whose name, age and gender have yet to be released, remains in the hospital. Their condition is not known.

The juvenile victim is also still in the hospital receiving treatment, police say.

During the commotion, Anschtuz campus officials warned students to stay away from 19th Avenue and Peoria Street as police investigated the scene. Following a nearly three-hour closure, all lanes of Peoria Street between E. Montview Blvd. and E. 17th Avenue were back open to residents in the area.

The involved officer has been placed on administrative assignment with pay per Aurora Police Department policy.

A comprehensive investigation into this incident is continuing and police are asking anyone who has information about this incident to contact Detective Matthew Ingui at 303-739-6067.