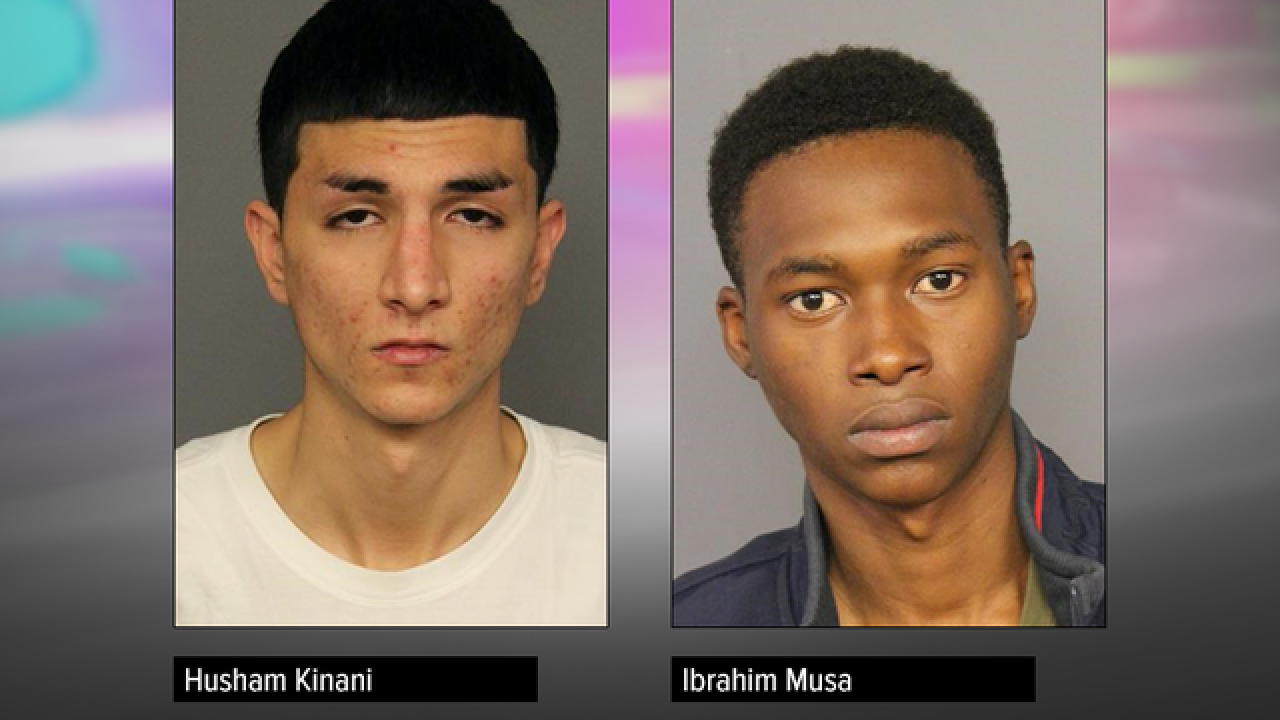 DENVER — Police in Denver announced Wednesday the arrest of two men in connection to a deadly street robbery in the Baker neighborhood last month.

Ibrahim Musa, 20, and Husham Al Kinani, 18, were booked into the Denver jail on suspicion of first-degree murder and aggravated robbery.

On the evening of Oct. 18, police say the two men robbed three victims as they were walking home in the 100 block of Bannock Street.

Following the robbery, police accused Al Kinani of shooting and killing one of the victims, who was later identified as Thomas Steen, 25.

Court documents related to the case are currently sealed.