1 wounded in shooting outside Aurora restaurant 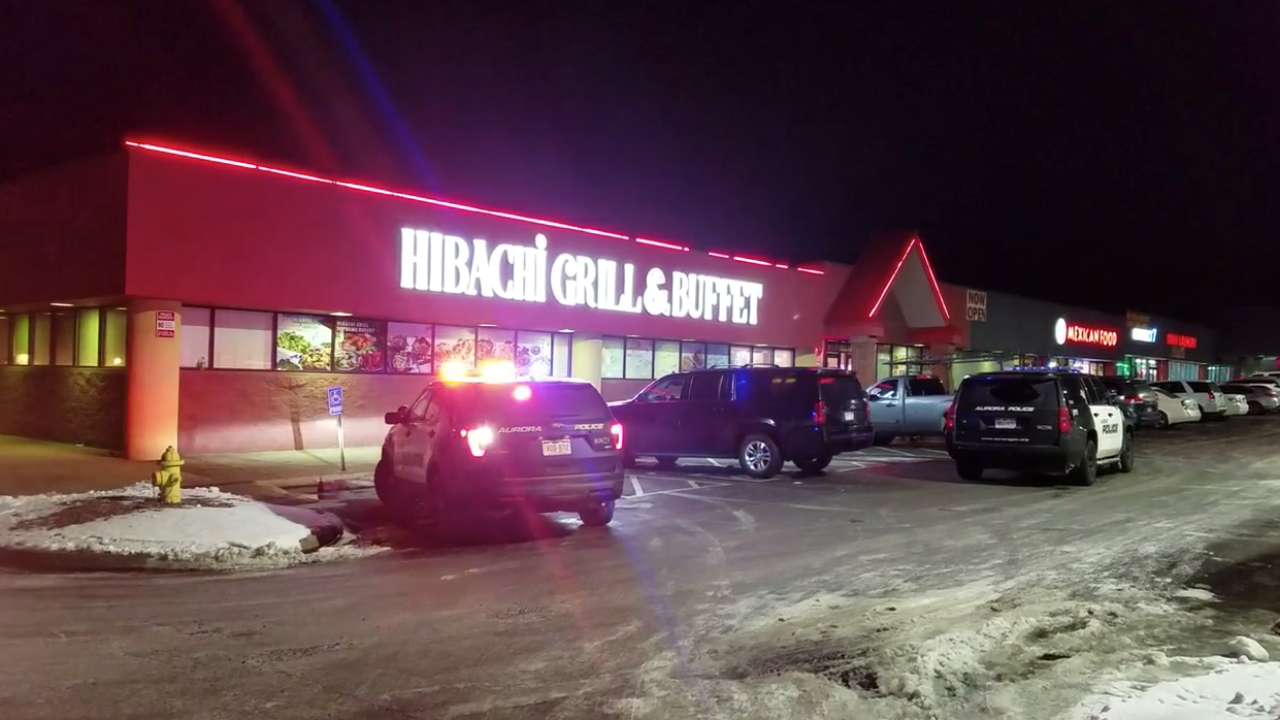 AURORA, Colo. — Police in Aurora are investigating a shooting that wounded one person outside a restaurant Sunday evening.

Just before 7 p.m., police received a 911 call stating that a shooting had occurred in the 1000 block of South Sable Boulevard.

When police arrived, they found a person suffering from a gunshot wound. The victim was transported to the hospital with non life-threatening injuries. Police have not released the victim's name, age and gender.

Video from the scene shows the investigation is occurring at the Hibachi Grill & Buffet. Police said the shooting happened in the restaurant's parking lot during what police called a business transaction between two individuals.

This is the second shooting in the city in as many days. Friday, 17-year-old Nathan Poindexter was shot and killed at the Town Center at Aurora. Police announced Saturday evening that they arrested 18-year-old Kamyl Xavier Garrette in connection with that shooting.