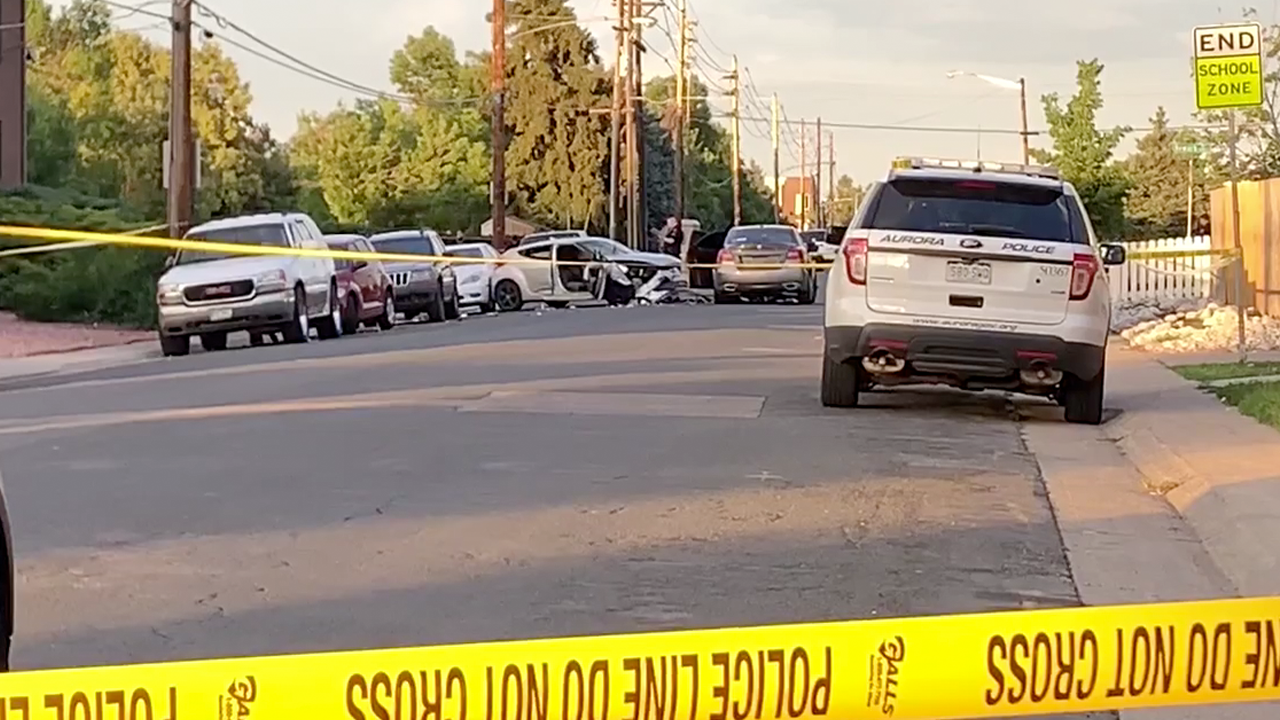 When officers arrived to the crash scene, which was in the area of E. 13th Avenue and Newark Street, they discovered a male passenger who had an apparent gunshot wound. They determined the shooting had occurred at or around 7:09 p.m.

The man was taken to a hospital where he was later pronounced deceased, Aurora police spokesperson Crystal McCoy said.

Suspect information has not been released. McCoy said investigators talked to neighbors to get a description of the shooter.

Nobody was in custody as of 12:05 a.m. Monday, police said. They said they believe this is an isolated incident and there isn't a threat to the community.

Police ask anyone who has information on this homicide to call Aurora Police Agent Hansen at 303-739-6710. You can also remain anonymous and be eligible for a reward of up to $2,000 by contacting Metro Denver Crime Stoppers at 720-913-7867.