1 killed, several injured in multiple-vehicle crash on I-70 near Holly Street

Eight passengers taken to hospitals with injuries
Posted: 11:56 AM, Sep 23, 2018
By: Oscar Contreras 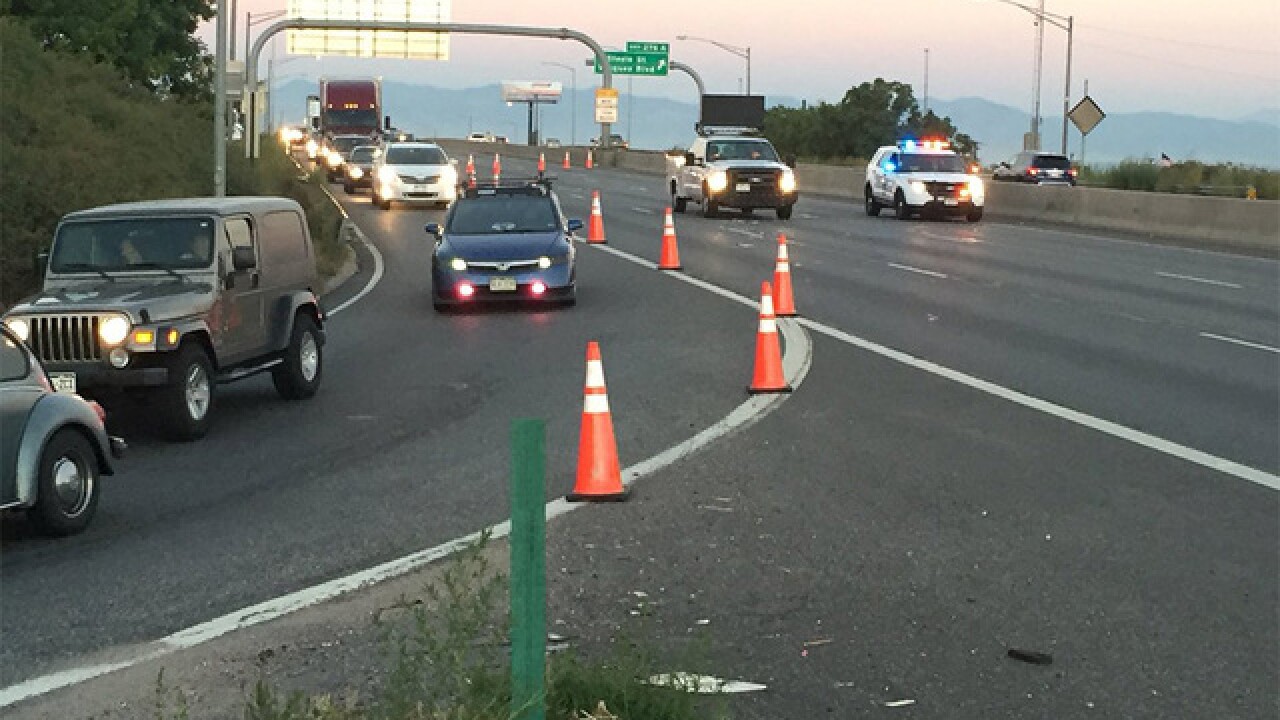 DENVER -- One person was killed and eight others were injured in a multi-vehicle crash on Interstate 70 near Holly Street in Denver early Sunday morning.

The crash was first reported as a two-vehicle rollover crash with serious injuries by the Denver Police Department just after midnight.

A spokesperson for the police department said a black sedan going westbound on I-70 made a lane change before it hit a red SUV. That SUV then lost lost control and hit the center median, going over over onto the eastbound lanes of traffic before hitting another car on eastbound I-70.

The driver of the SUV died at the scene, police said.

The driver of the car hit by the SUV after crossing the median was listed in critical condition. At this time, police do not believe alcohol or drugs were involved in the crash.

At around 10:30 a.m., DPD tweeted the multiple-vehicle crash had killed one person and injured several others, who were taken to hospital with injuries. The extent of those injuries was not immediately released.

"Due to the complexity of the situation, this remains an active investigation at this time," a DPD officials said in the tweet.

The roads closed in the crash were back open by late Sunday morning.