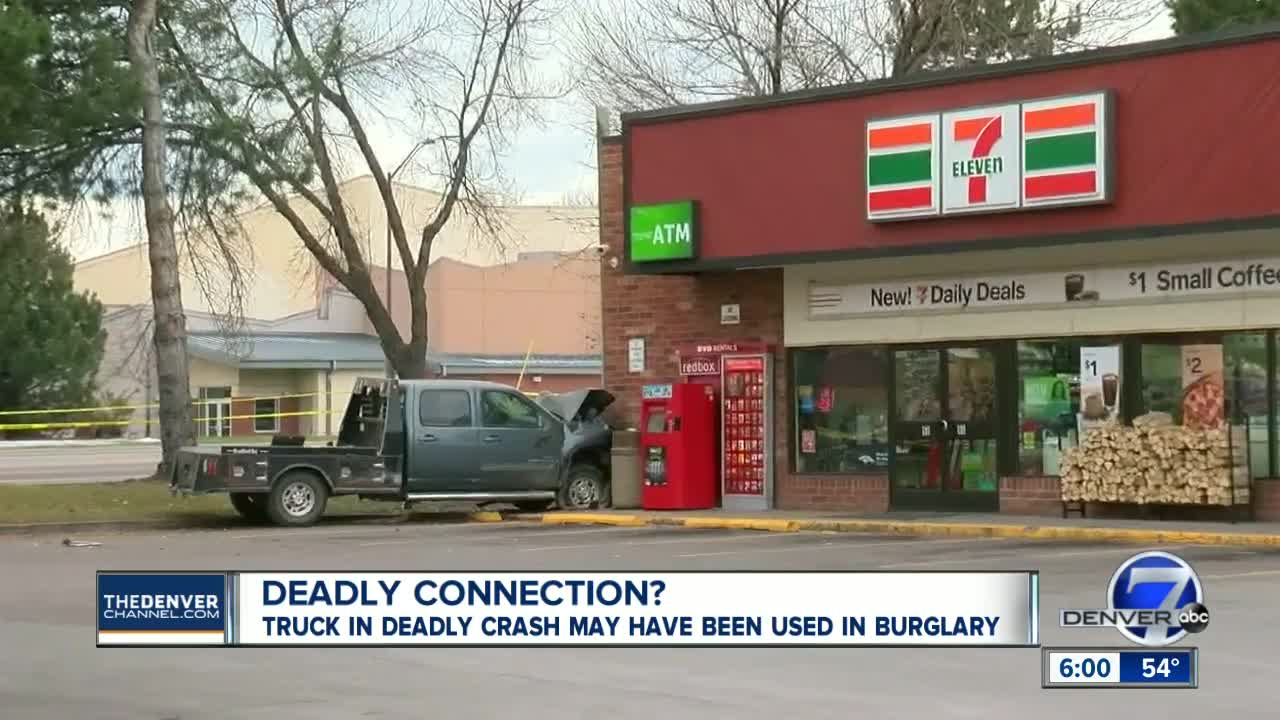 Police say two people were killed in a crash near the intersection of Harmony Rd. and Boardwalk Drive that happened Thursday morning after a suspicious vehicle fled from police. 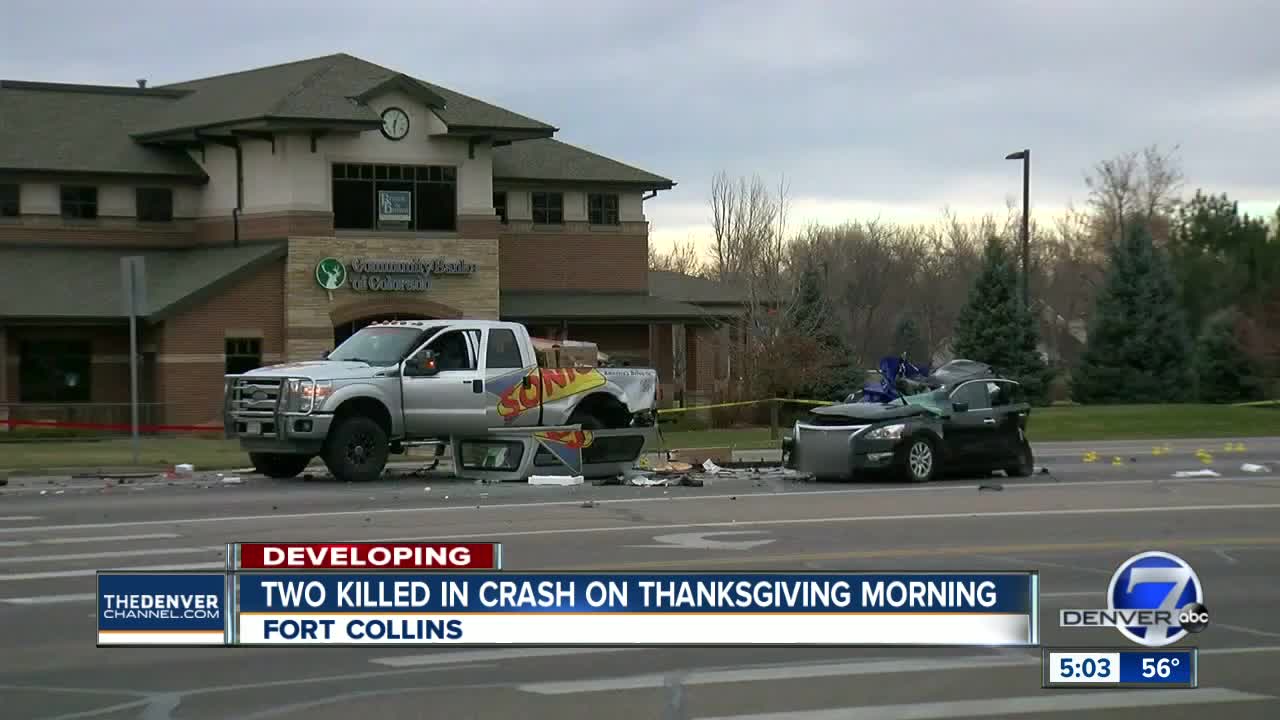 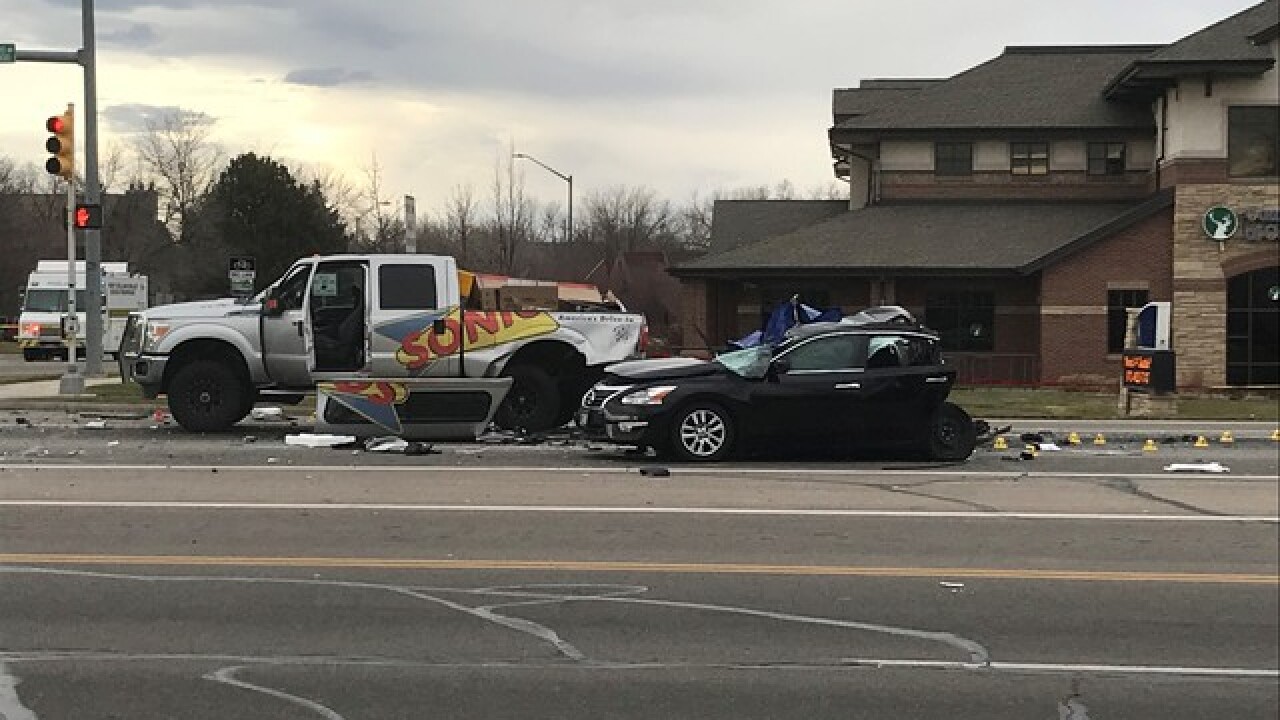 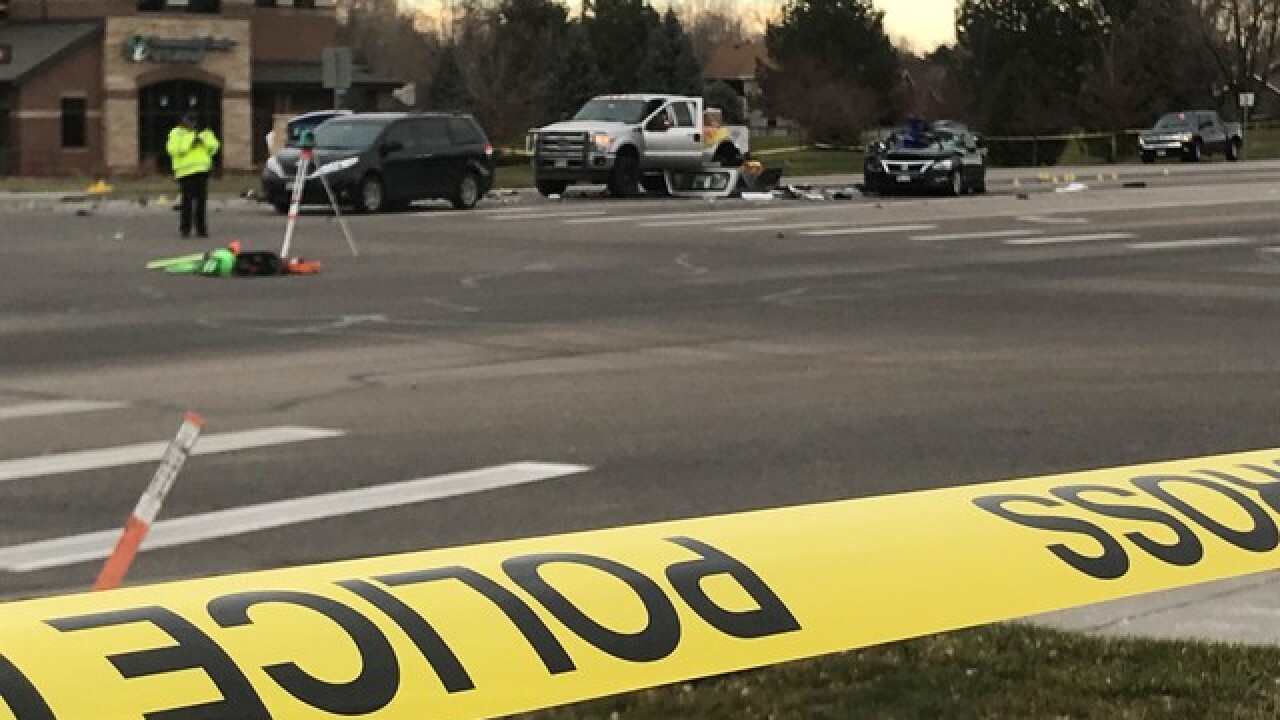 FORT COLLINS, Colo. – Police say two people were killed in a crash near the intersection of Harmony Rd. and Boardwalk Drive that happened Thursday morning after a suspicious vehicle fled from police.

Fort Collins police spokesperson Brandon Barnes said in a video posted to the department’s Twitter account that the crash involved a suspicious vehicle officers had been called to check out nearby not long beforehand.

Video statement regarding the collision at Harmony and Boardwalk this morning. pic.twitter.com/iZ7N8QVud0

Barnes said officers were called about the suspicious vehicle that was near the intersection of Arctic Fox Drive and Caribou Drive Thursday morning -- near English Ranch Park. But when the officers arrived, the vehicle fled the scene. Barnes said officers did not pursue it.

But shortly afterward, around 10:30 a.m., the vehicle was involved in the crash that killed several people. Barnes did not say how many victims there were in the crash or how many vehicles.

He said the driver of the suspect vehicle was taken into police custody.

Photos from the scene show a car and a pickup truck were involved in the crash and that another flatbed pickup had run into a nearby building.

Dallas Schleining told Denver7 it was hit flatbed truck that was the "suspicious vehicle" involved in the crash and said it was stolen from his cattle feed lot near Ault sometime Wednesday night or early Thursday morning.

"My wife actually parked it there last night about 4 o'clock and I was there at 5:30 this morning and I don't think it happened after that, so sometime between those hours it must've gone missing," Schleining said.

He said he received a call from police around noon Thursday asking him if his truck was missing.

"I wasn't really sure what to expect. the officer told me the pickup was probably totaled but I expected it to look worse than it did," Schleining said. "But seeing the other vehicles there, [they were] obviously worse than I anticipated."

He said he still wasn't sure who stole his truck and crashed it.

"I'm not really sure. I'm curious about who stole the vehicle ... It was obviously sitting there. We're a pretty good-sized operation and just to have something like that going missing puts a lot of questions in my mind, for sure," he said.

Police were also working to figure out if the stolen truck was involved in a smash-and-grab gun robbery that happened at a Fort Collins paw shop around 3:30 a.m. Fort Collins police have not said whether the incidents are connected.

Truck involved in deadly Ft. Collins accident appears to be the same vehicle used in a pawn shop smash-and-grab. Here's photos from both incidents. Three rifles were stolen from pawn shop. pic.twitter.com/1ssm3zTPbg

The intersection at Harmony Rd. and Boardwalk Drive is expected to be closed for several hours, Barnes said.