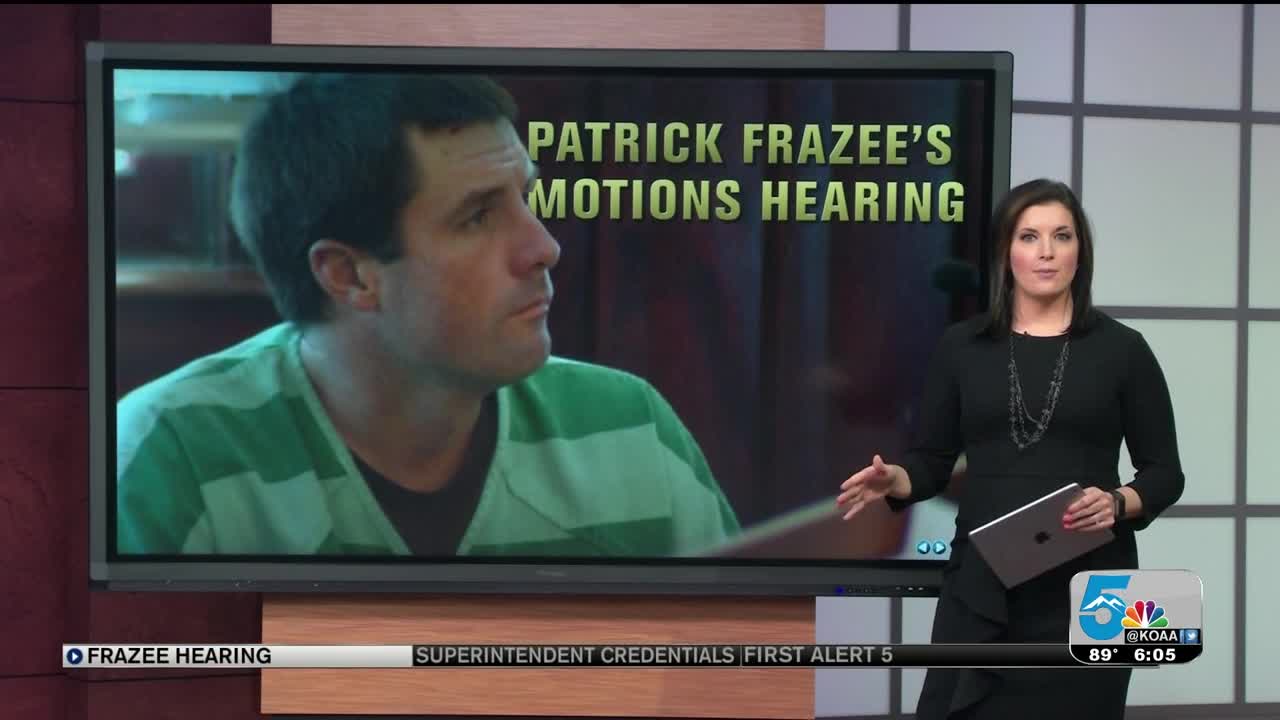 The state released new documents in the Patrick Frazee murder case ahead of his motions hearing Friday.

Among those documents, prosecutors filed a motion to require the defense to endorse an alternate suspect defense "if he intends to present such evidence at trial."

It's yet not clear what type of defense attorneys representing Frazee will attempt to use in his trial, and the defense has not specifically named an alternate suspect at this time.

Prosecutors also want a jury pool of 250 people to chose from, citing the publicity of the trial as a potential reason why it may be difficult to seat a jury. The defense requested a jury pool of 300 people, citing similar concerns. Both prosecutors and the defense agreed to having four alternate jurors to the 12-seat jury.

Frazee, 32, faces eight total counts, including two counts of first-degree murder, for the murder of Berreth, 29, who's been missing since Thanksgiving. She was last seen shopping at a grocery store in Woodland Park.

Through interrogation of a second suspect — Krystal Kenney, an Idaho nurse who admitted to dating Frazee — prosecutors allege Frazee used a baseball bat to beat Berreth to death inside her Woodland Park townhome. Kenney told police Frazee had her drive down, clean up the scene and assist in destroying evidence. She admitted to taking Berreth's cell phone to deliver a ping off a tower in Idaho in an attempt to deceive police.

Frazee's trial is currently scheduled to begin on Oct. 28. His motions hearing is expected to last for much of the day on Friday. News5 will have complete coverage on koaa.com and on News5's Facebook and Twitter pages.