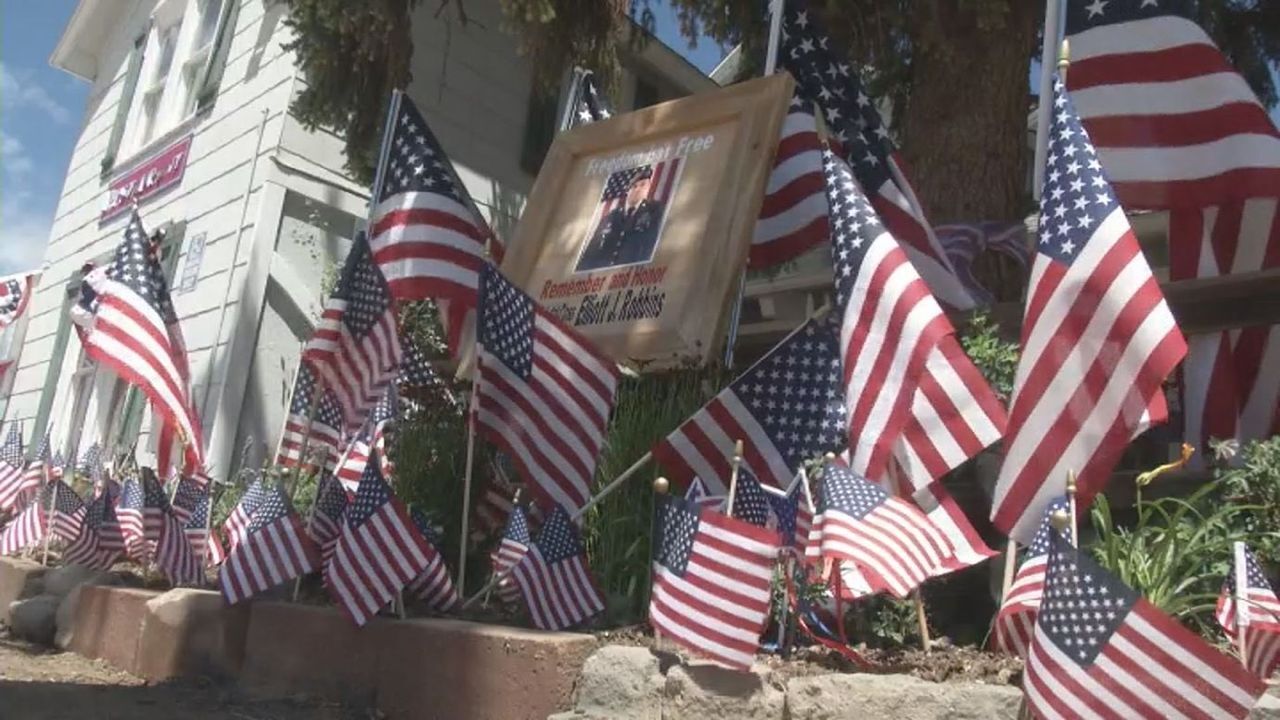 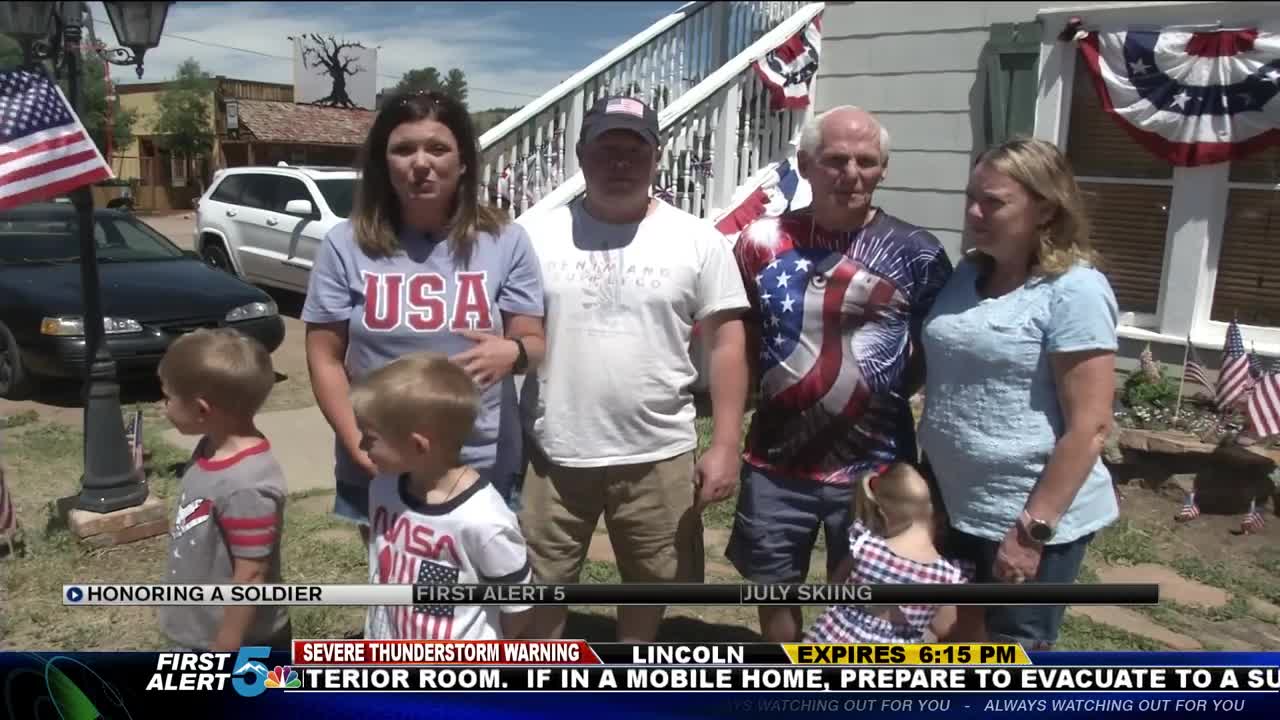 Hundreds of U.S. flags now adorn a coffee shop in belonging to a fallen Fort Carson soldier and his wife.

Many took time out of their holiday on Thursday to pay their respects to Robbins and his family.

Costello Street Coffee House opened up early at 6:30 Thursday morning, and folks from all over the area stopped by to plant a flag, drop off a note of encouragement, and simply let this grieving family know there is an entire community behind them.

"Without them giving up everything for us, we can't celebrate," said Amber Ray, a military spouse who went to the coffee shop with her family.

Robbins deployed to Afghanistan earlier this year, and on Sunday, his family found out he would not be coming home.

"We're a military family so I know how it is to have your husband gone," Ray said.

"[Sergeant Elliott Robbins] is gone forever and it just crushes my heart," said Laura Robledo, a frequent visitor to the coffee house who lives in a nearby neighborhood.

But out of heartbreak, comes resilience.

"To be able to support somebody who has given everything for this country, is incredibly important for us [...] and I hope they're able to find peace," said Antonio Narvaes, who is currently serving in the U.S. Army.

The flags wrapped around the coffee house symbolize a collective embrace from each and every person in this tight-knit military community.

"You're in our thoughts and prayers," Ray said.

When asked what she wanted the family to know, Robledo said, "We love you, and we'll take good care of you as time goes on."

The Robbins family has owned Costello Street Coffee House for about a year.

Sergeant Elliott Robbins also leaves behind a baby son, Elliott Jr., who was born shortly after his deployment.