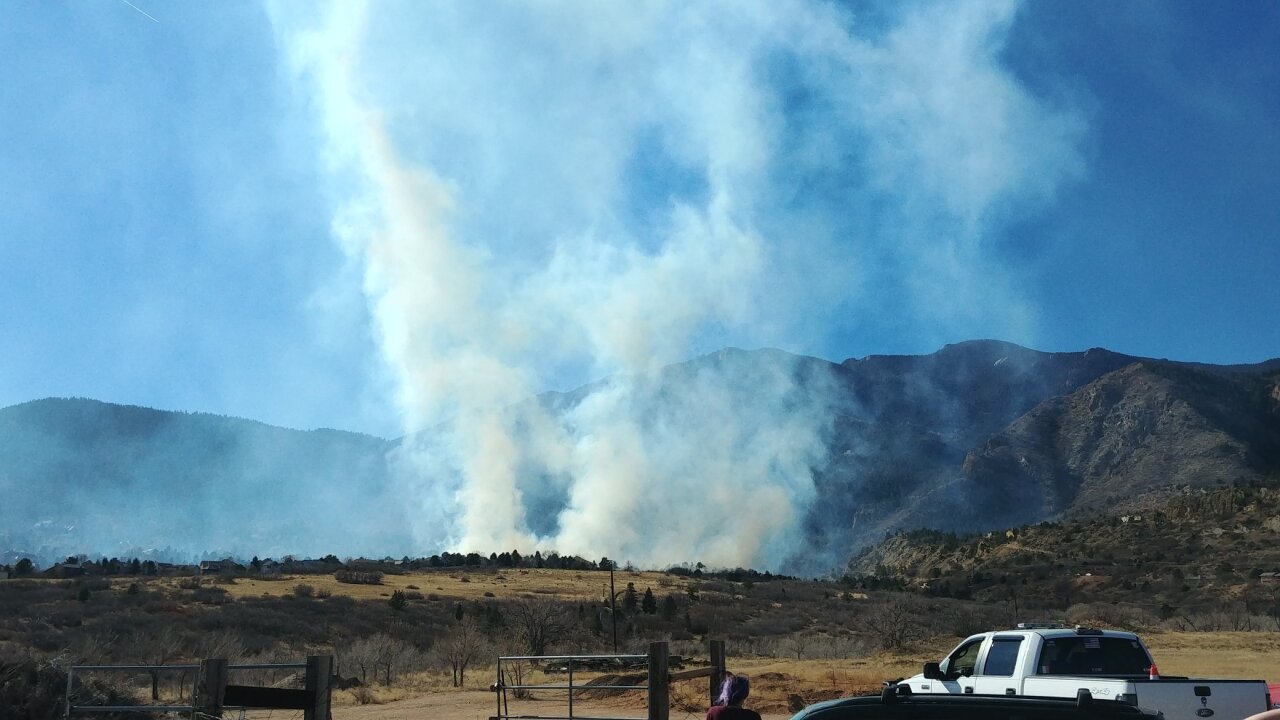 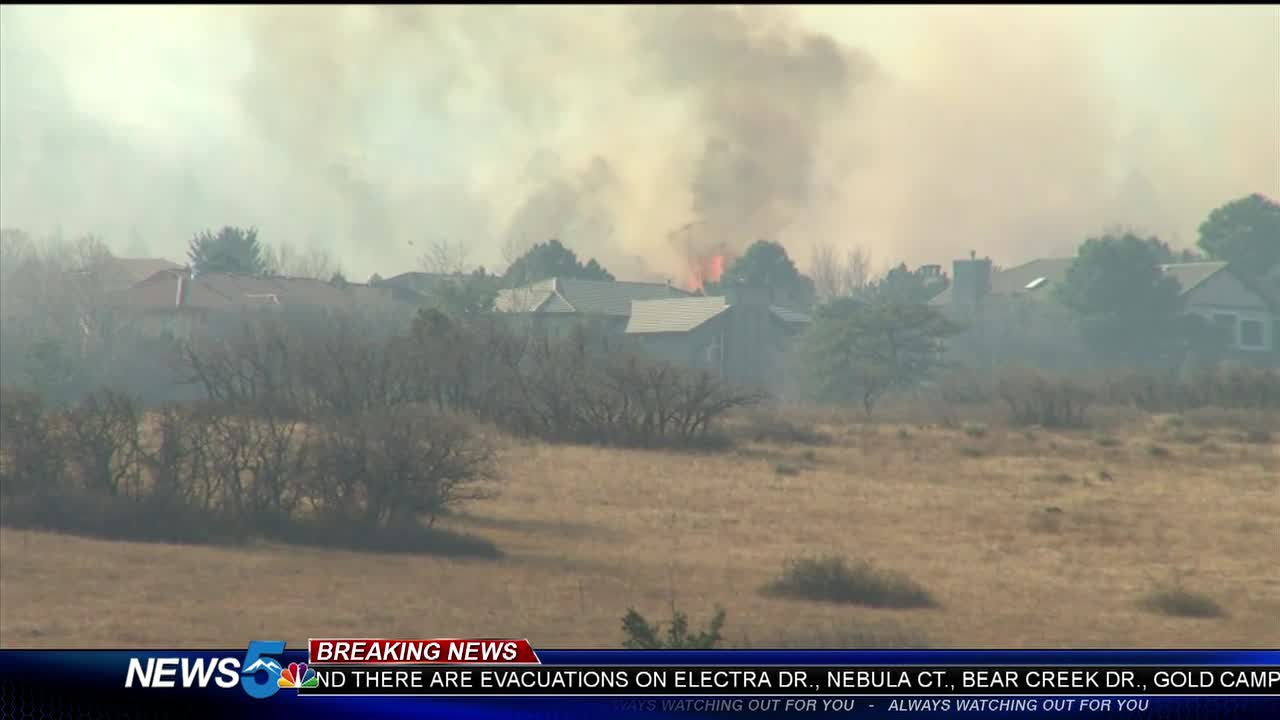 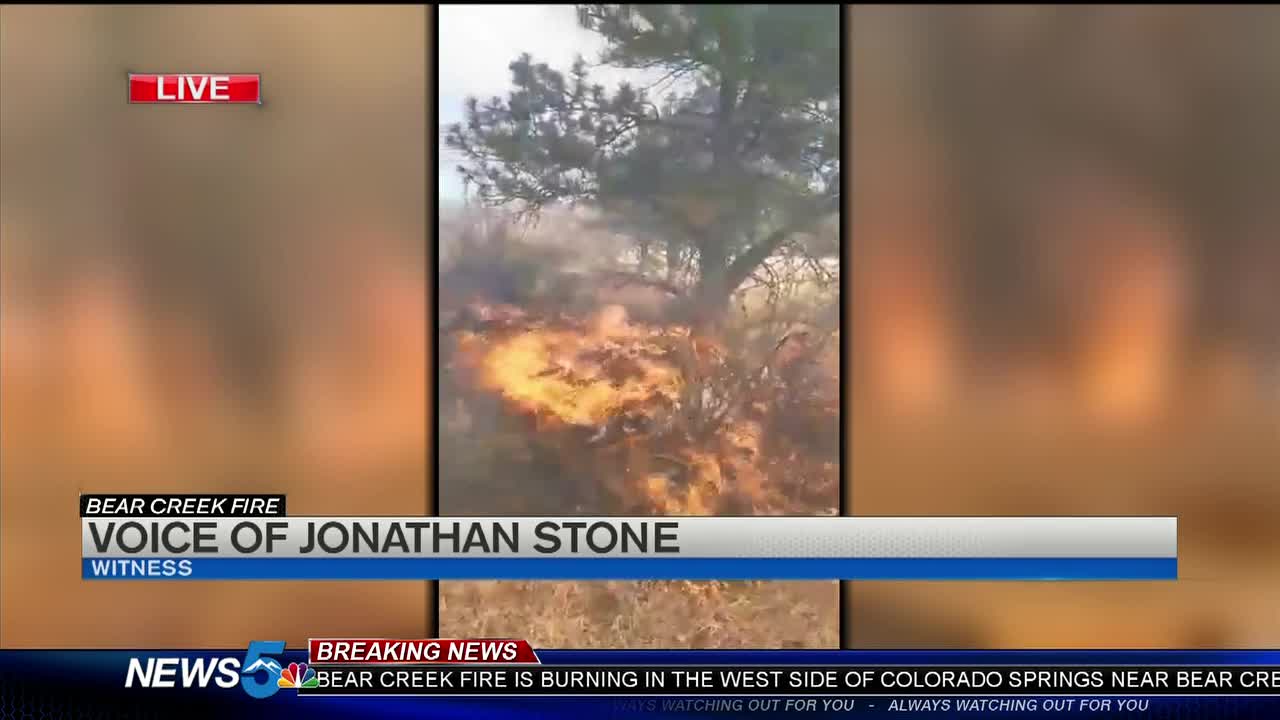 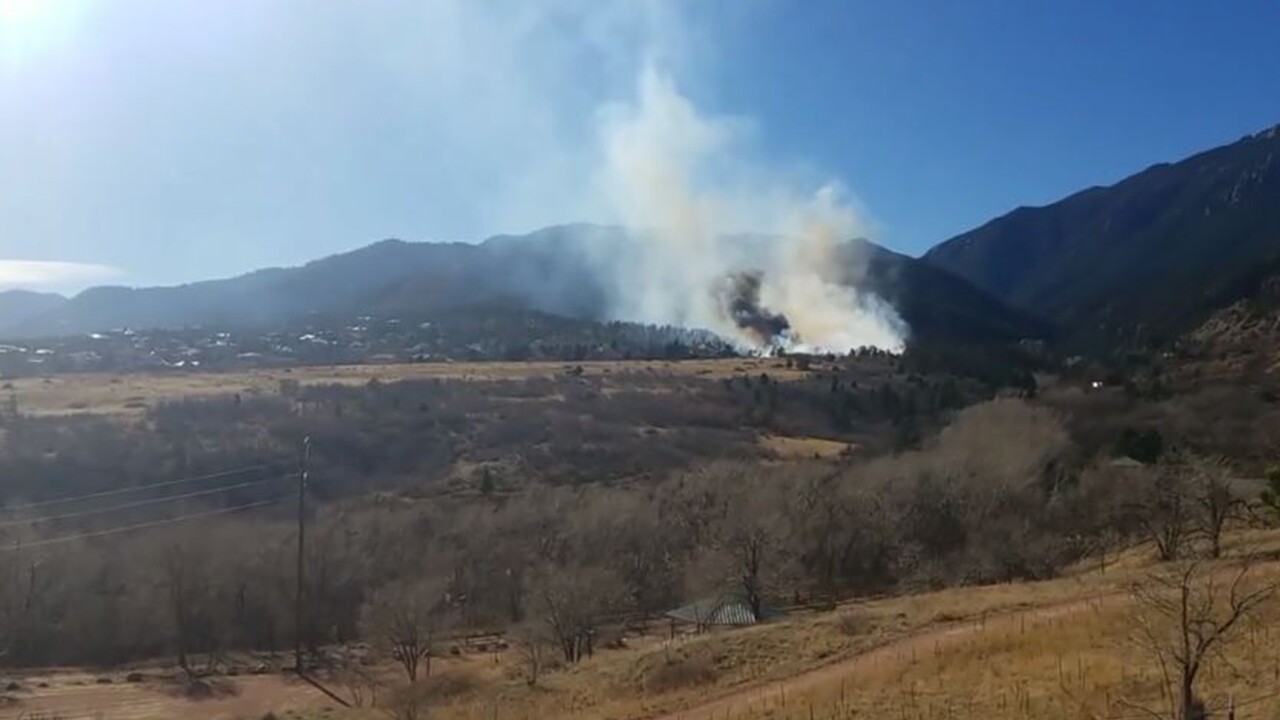 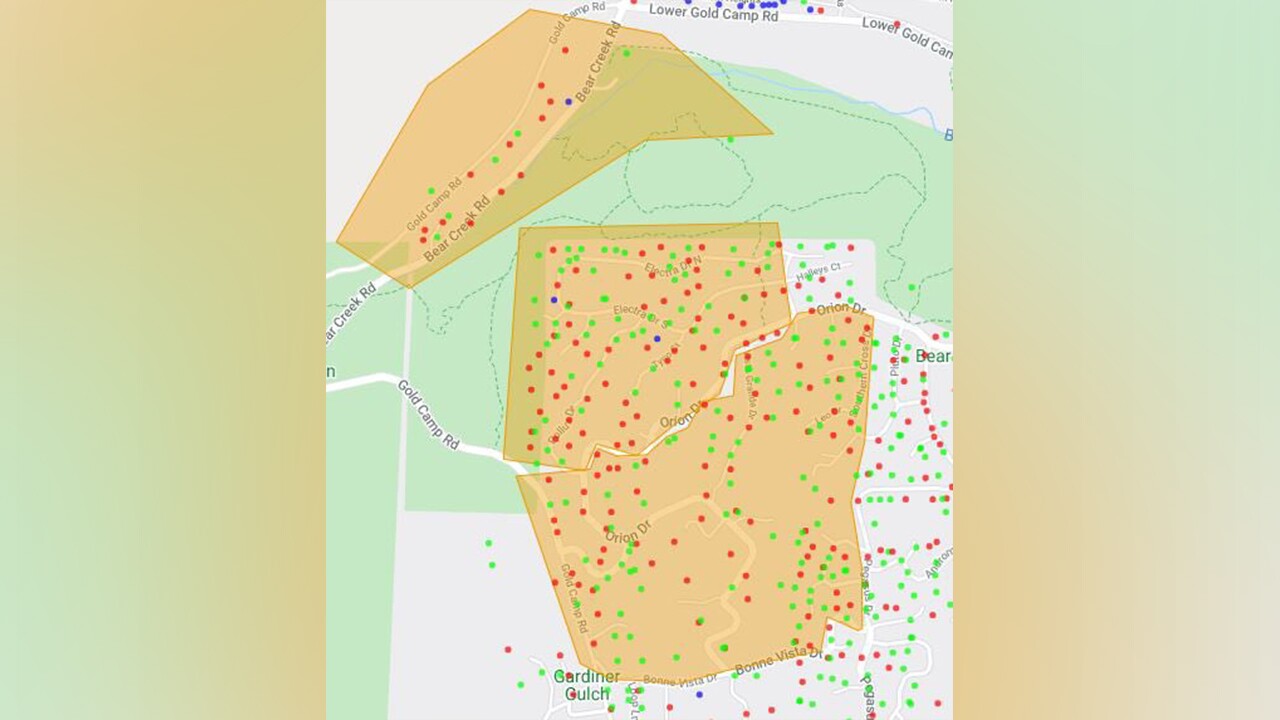 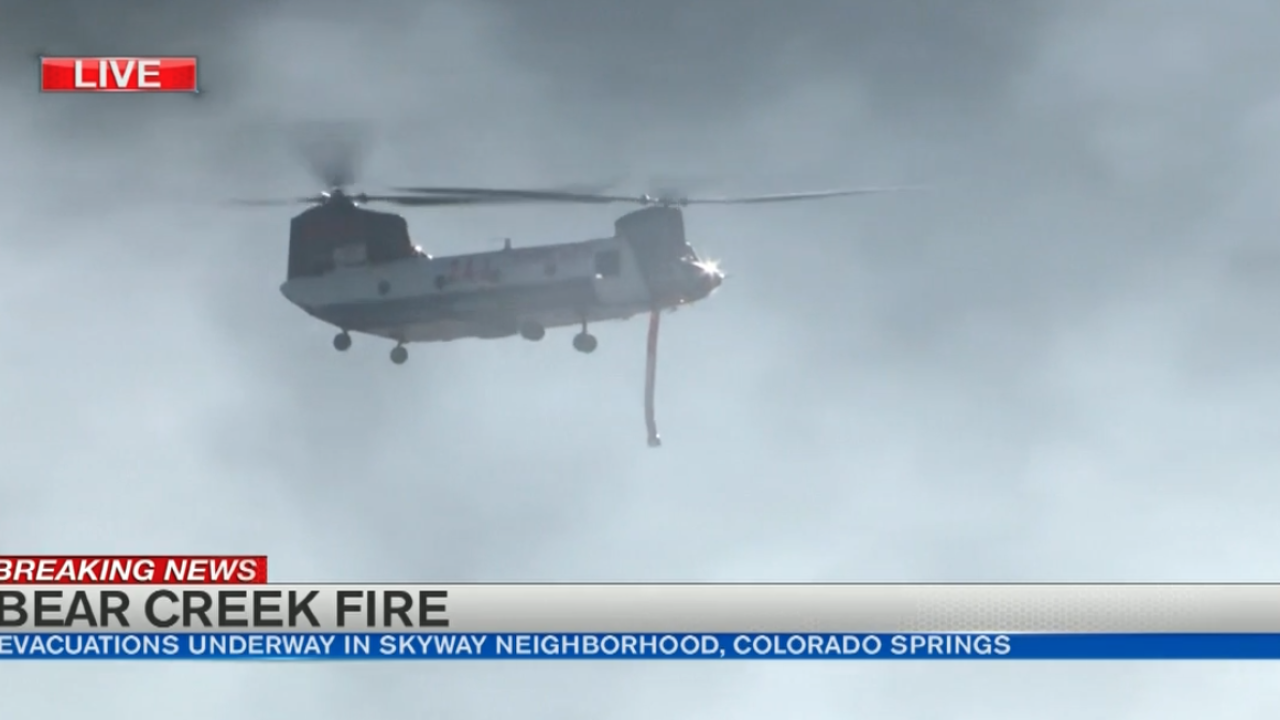 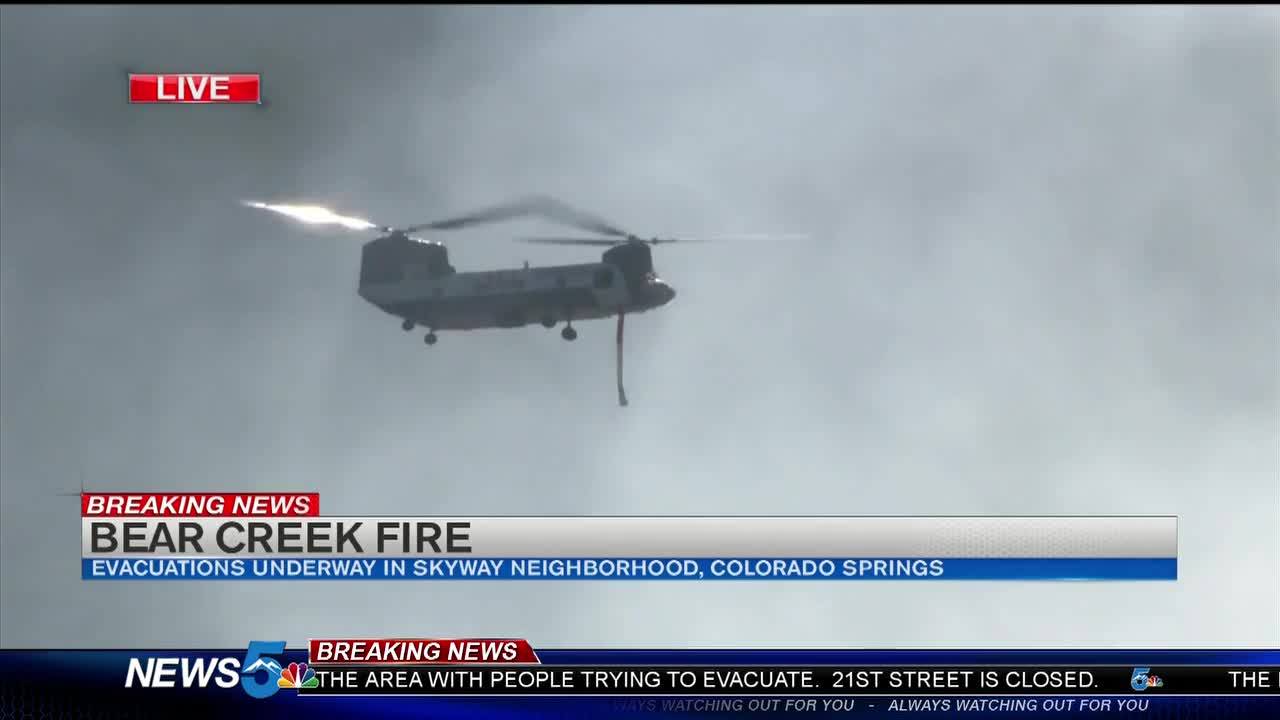 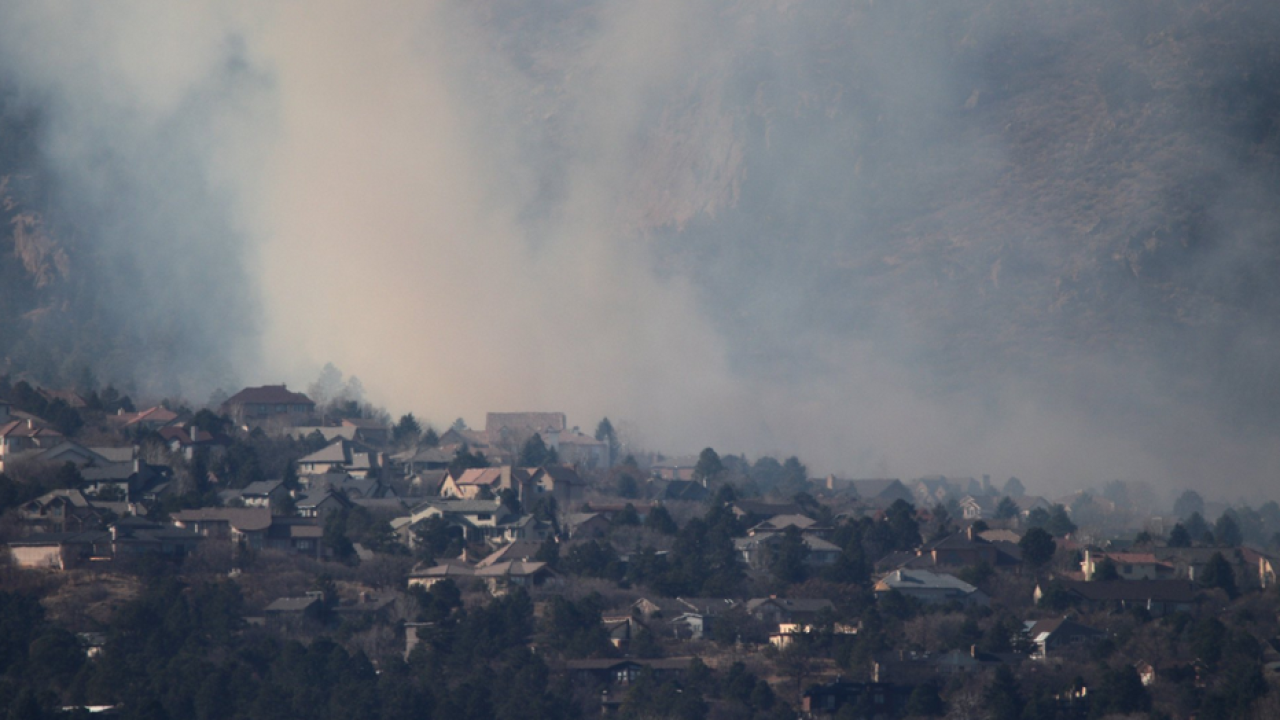 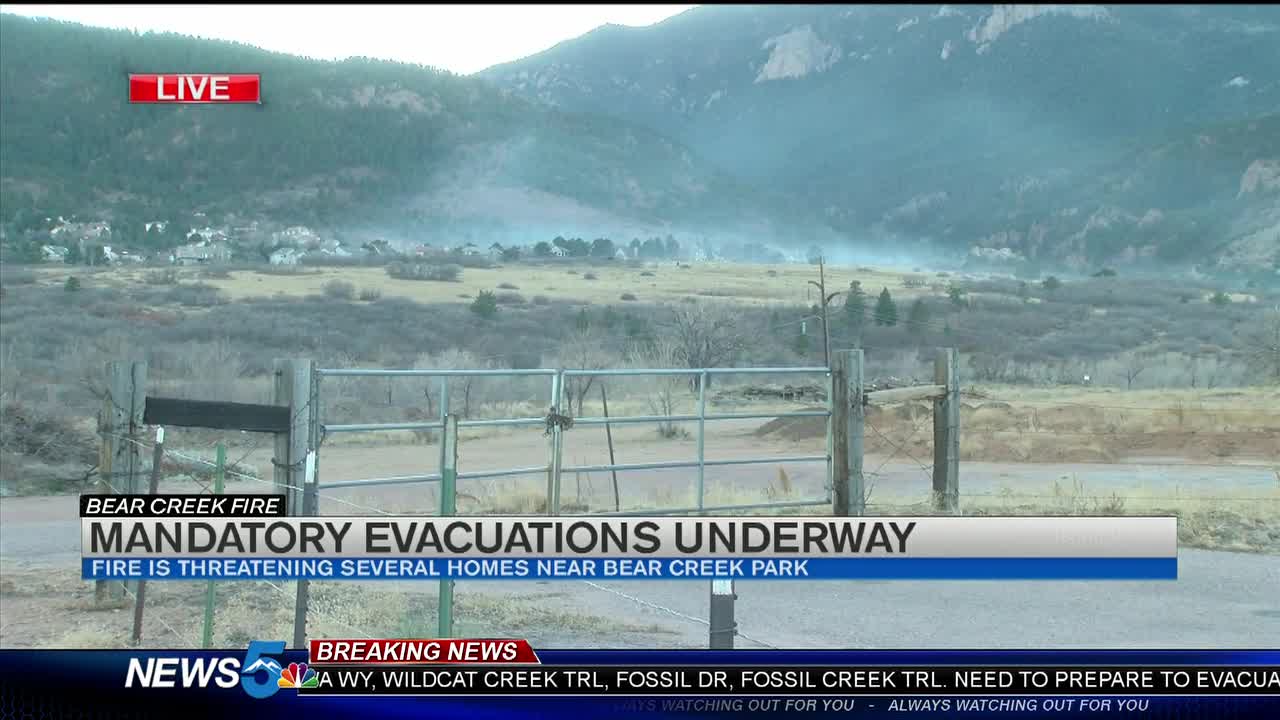 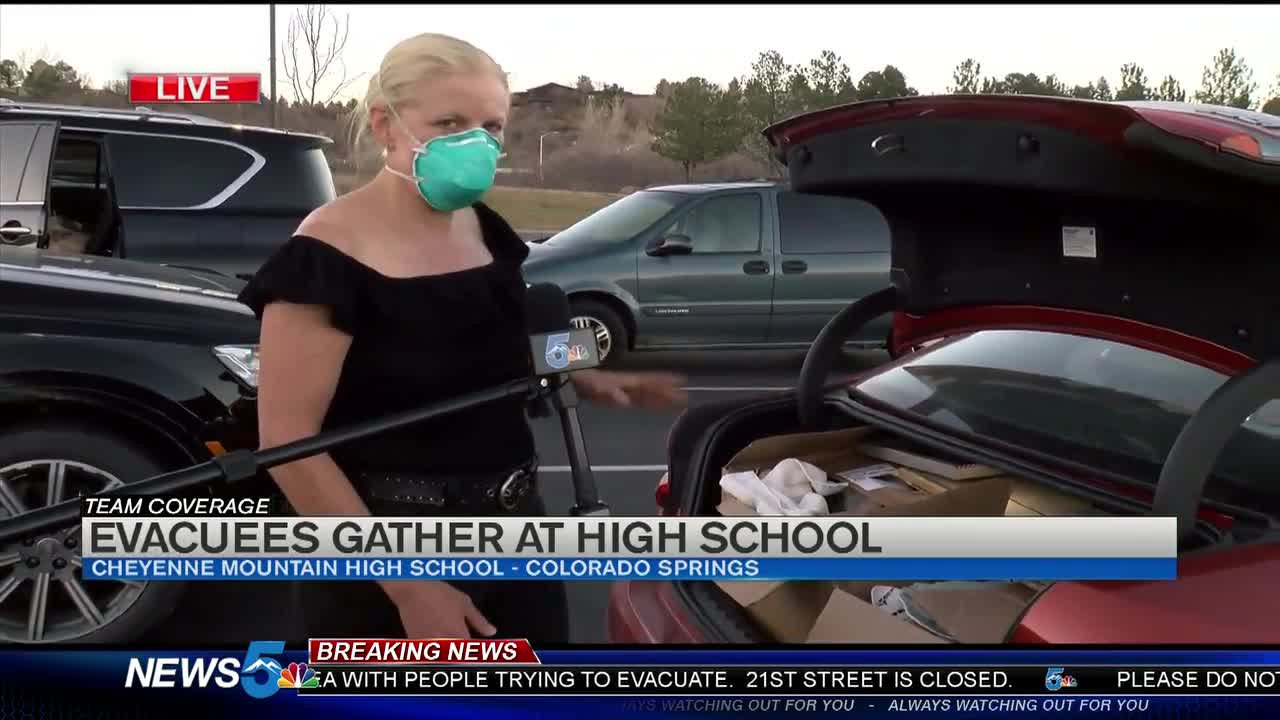 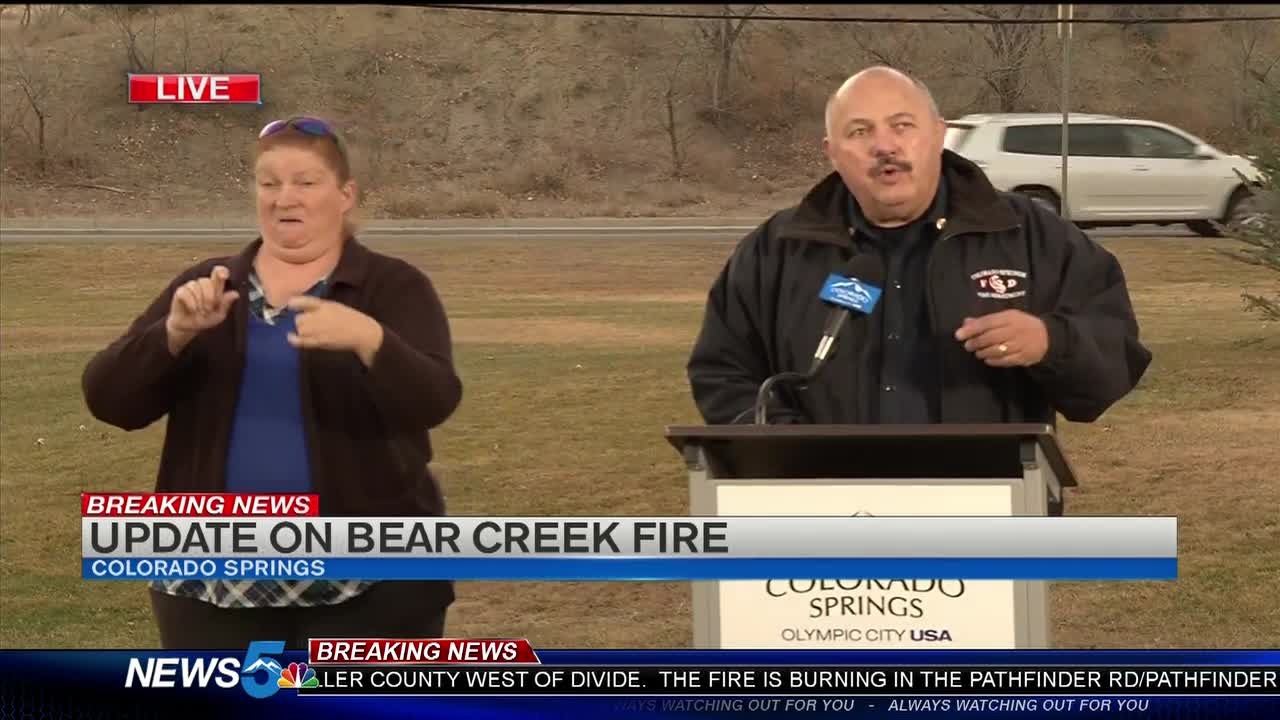 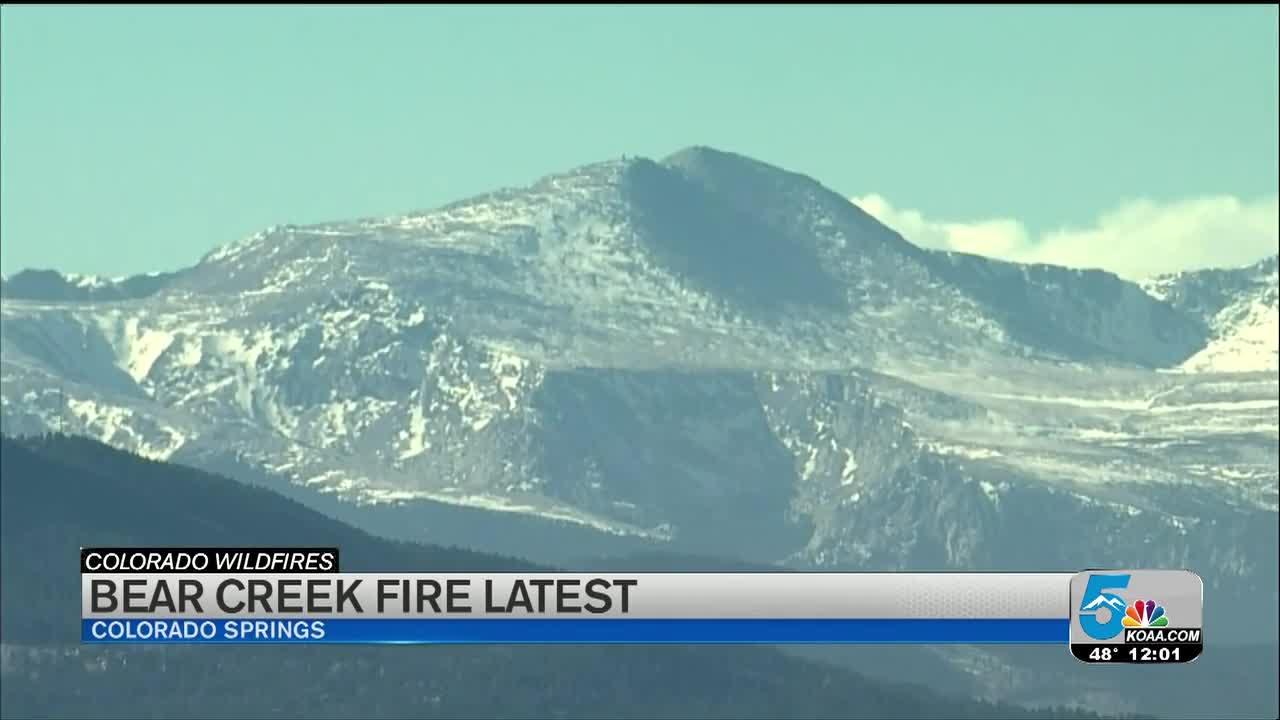 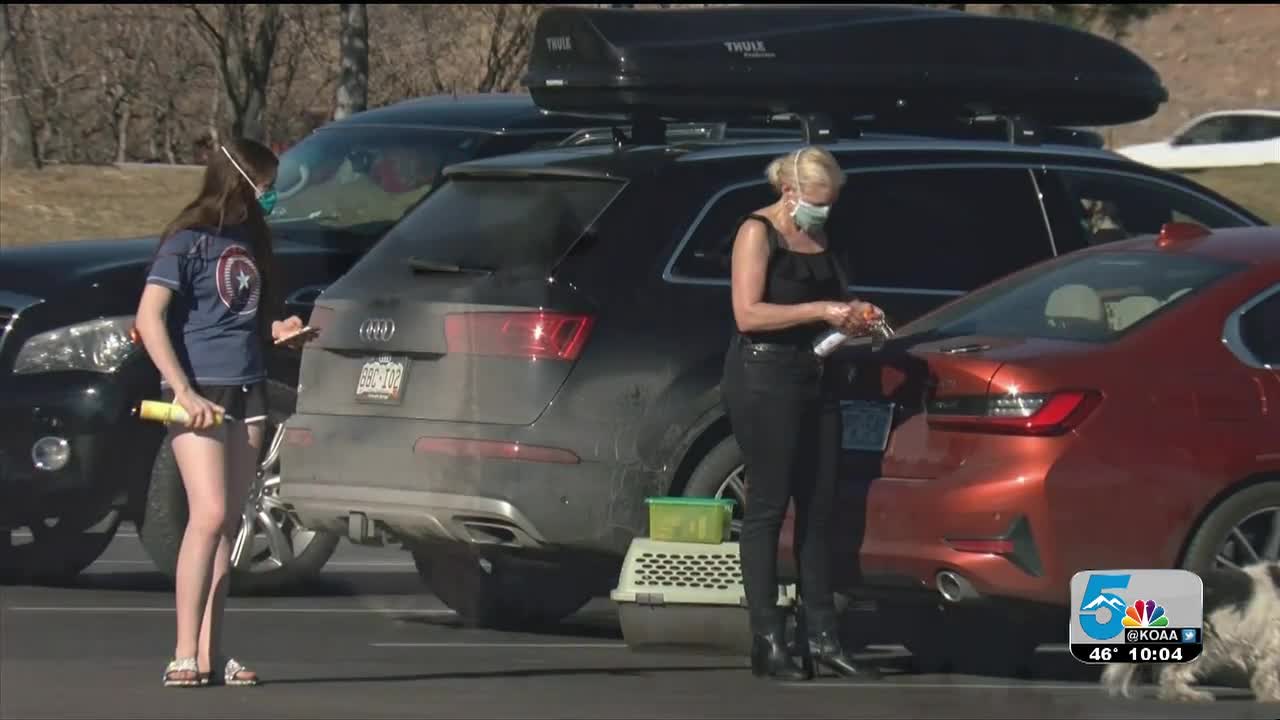 Homeowners living near the Bear Creek Fire zone in southwest Colorado Springs were allowed to return home Thursday night. The fire is estimated to be 23 acres in size and more than 50 % contained but no exact number as of Friday afternoon.

More than 30 firefighters are working to reinforce those containment lines Friday and eight crews will remain out there overnight.

No homes have been lost or damaged in this effort, but Electra Drive remains closed and will remain closed for fire engines that need the space to travel.

Residents have been allowed to return to their homes on Electra Dr. but part of the road is still closed due to hose lines and fire equipment still on the roadway. Residents are allowed to walk to their homes in the area. #BearCreekFire pic.twitter.com/7mbkEff56B

The fire started before noon with a large plume of white smoke spreading across neighborhoods and trails. An aggressive aerial attack was launched early, and firefighters said great mitigation work by homeowners in the area helped them save homes.

Colorado Springs Fire Department Investigators will return to the area Friday to try to figure out how the fire started.

Fire crews will remain in the area throughout the night to address hot spots and other risks in the fire zone.

Click here to learn more about wildfire mitigation in the city.

According to Colorado Springs Fire, nursing homes in the immediate vicinity of the fire were under pre-evacuation orders. Those orders have also been lifted.

Three major parks in the area remain closed but could reopen Friday. Park closures in the area:

Witness describes the first moments of the Bear Creek Fire

This neighborhood is part of the city that is considered under Extreme Risk for Wildland Fire due to the proximity to wooded areas.

The wildland-urban interface, or WUI, is defined as areas where human improvements are built close to or within natural terrain and flammable vegetation.

In 2018, the Colorado State Forest Service said about half of all Coloradans live in areas at risk for wildfires, and 2.9 million live in WUI areas, a number that continues to rise.

The primary concern in these areas is vegetation density. Homeowners and property owners should pay attention to plants on your property. Lighter density within 30 feet of a structure helps to reduce the chance of a fire igniting.

Colorado offers a Wildfire Risk Assessment Portal, also known as CO-WRAP, that helps people to see if they live in a wildfire-prone area and offers fire prevention tips. The City of Colorado Springs offers a similar tool.