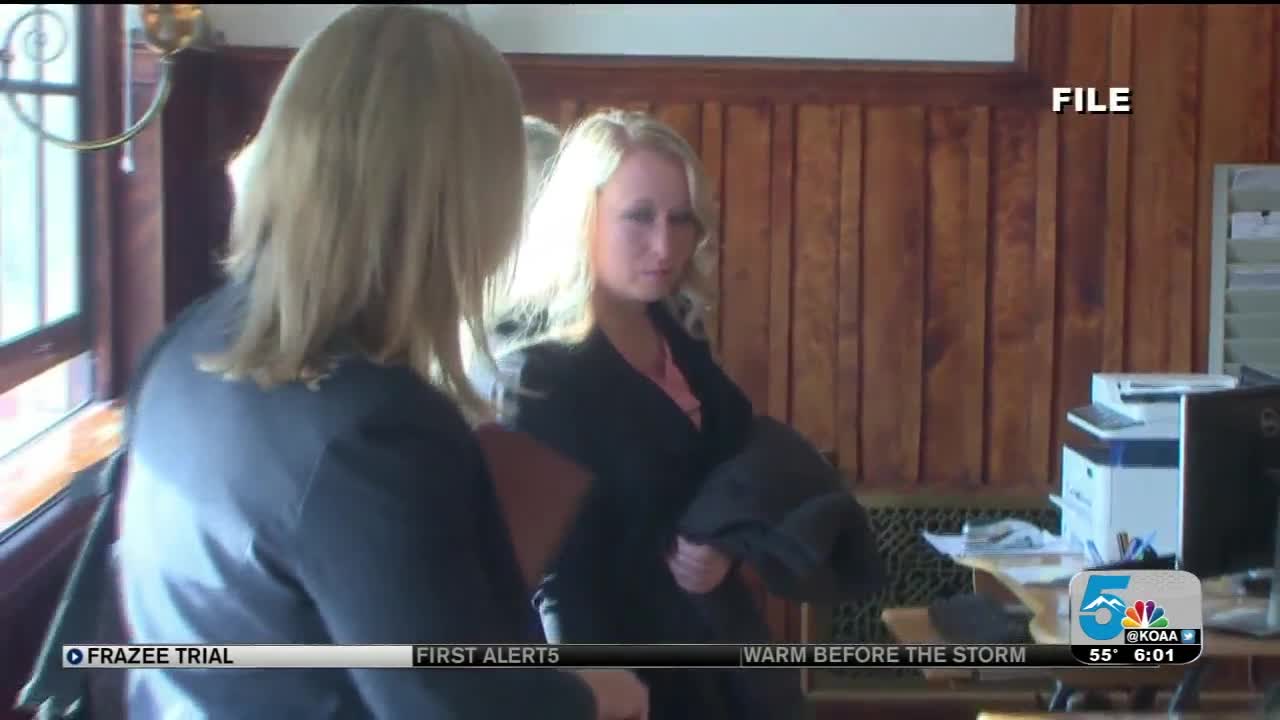 She was the only person prosecutors needed to piece Kelsey Berreth's murder together.

Krystal Kenney, Patrick Frazee's mistress, provided prosecutors all the essential information on how Frazee killed Berreth — beating her to death with a baseball bat while she blindfolded with a sweater to sniff candles.

At a press conference following the guilty verdicts, District Attorney Dan May said the deal was something his office had to do.

"We did a deal with the devil. There is no ifs, ands or buts about that, and I'm not proud of that. But there's no question that Kelsey wouldn't have had the sure justice [Monday] without making that deal with the devil," May said.

The plea deal, signed by prosecutors, only charged Kenney with a single count of evidence tampering, for taking Berreth's cell phone to Idaho as a way of throwing off police before destroying it. She could face a maximum of three years in prison, if the crime is found to be aggravated. The charge, a Class 6 felony, does not require prison time.

Kenney's testimony revealed she did much more than manipulate Berreth's cell phone, causing her to become the target of strong online scrutiny. Under oath, she said she came down from Idaho three separate times with plans from Frazee to kill Berreth. But it doesn't appear her plea deal will change.

On Sept. 23, 2018, Kenney delivered a Starbucks coffee to Berreth. She said Frazee told her to poison it. Kenney crafted a cover story to thank Berreth for helping find her dog. In court, she revealed she gave Berreth a fake name and number to a burner phone.

Kenney also said, when asked by Senior Deputy District Attorney Jennifer Viehman, she texted Berreth under her fake name. She asked if Berreth wanted to get coffee. Berreth replied, saying no.

Then, on Oct. 15, 2018, after she told Frazee she didn't have a plan, Kenney said Frazee left her a metal rod at the gate to his property. She said he instructed her to strike Berreth in the head with it and throw her body in the dumpster. Kenney drove to Berreth's townhome, got out of her car but then quickly got back in when she heard a dog barking.

Just under a week later, he told Kenney to bring a baseball bat down from Idaho and just "start swinging". Kenney said she sat in the grass waiting for Berreth to return her townhome after a custody exchange with Frazee, when she said she again realized she couldn't do it.

Stephen Longo, attorney and owner of The Longo Firm, said she could've faced more charges for her role, including attempted murder.

"Accessory to murder, accomplice after the fact. Technically, she committed a felony. She could be charged with felony murder," Longo said.

Each of those charges would bring the possibility of more prison time, yet Kenney only pleaded guilty to the single evidence tampering count.

Longo said she had the power going into negotiations because of how much she knew about the crime.

"I don't think the other pieces of circumstantial evidence... A, the DA (district attorney) finds out about them or knows about them. And if they do, they can't piece them together into a comprehensive case. So, I think her testimony was the single thing that brought the entire case together. Without it, he walks," Longo said.

Her deal has already been accepted, and she did not appear to violate it by lying, refusing to testify or talking to the press.

To that end, Longo said Judge Scott Sells really has to consider the deal as is without tacking on more charges.

Sells gave Frazee the maximum sentence — life in prison without parole plus 156 years. He told Frazee his actions were vicious, senseless and without reason.

Kenney is due in court for a review hearing on Dec. 2. Her sentencing, per a court clerk, will not happen for another eight weeks, per the judge's order.

Life in prison: Jury finds Patrick Frazee guilty on all counts for the murder of Kelsey Berreth