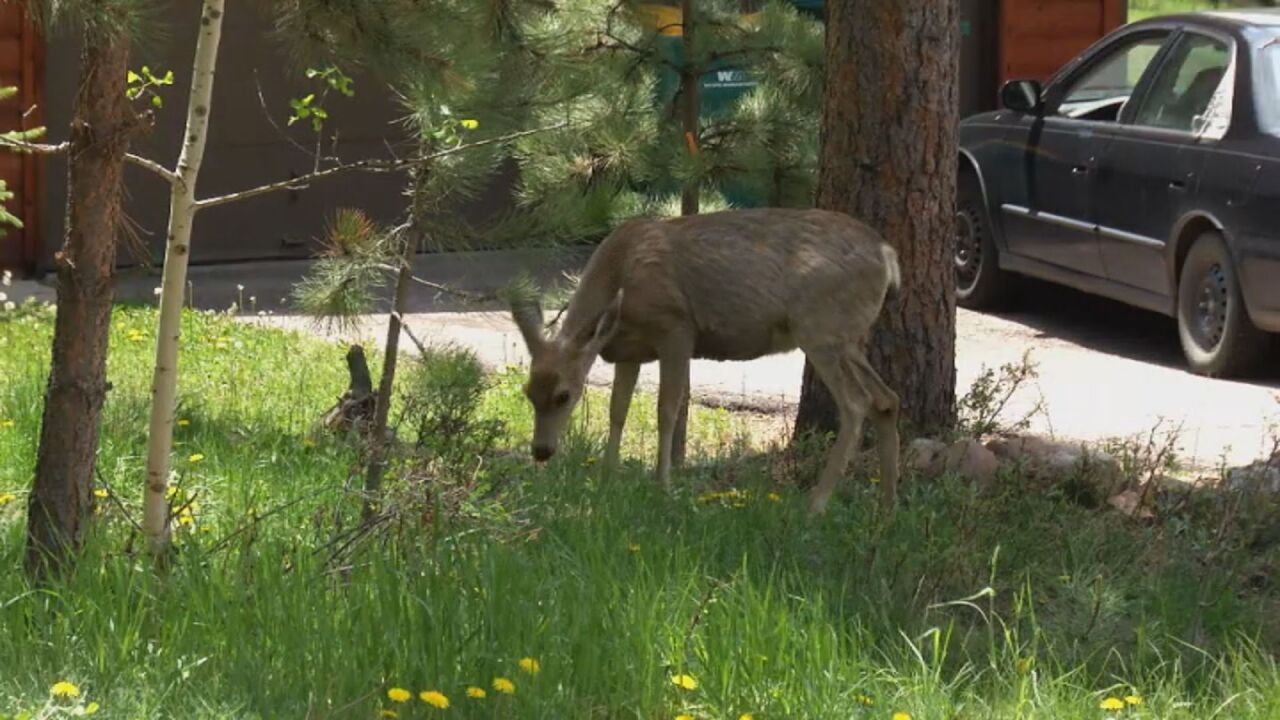 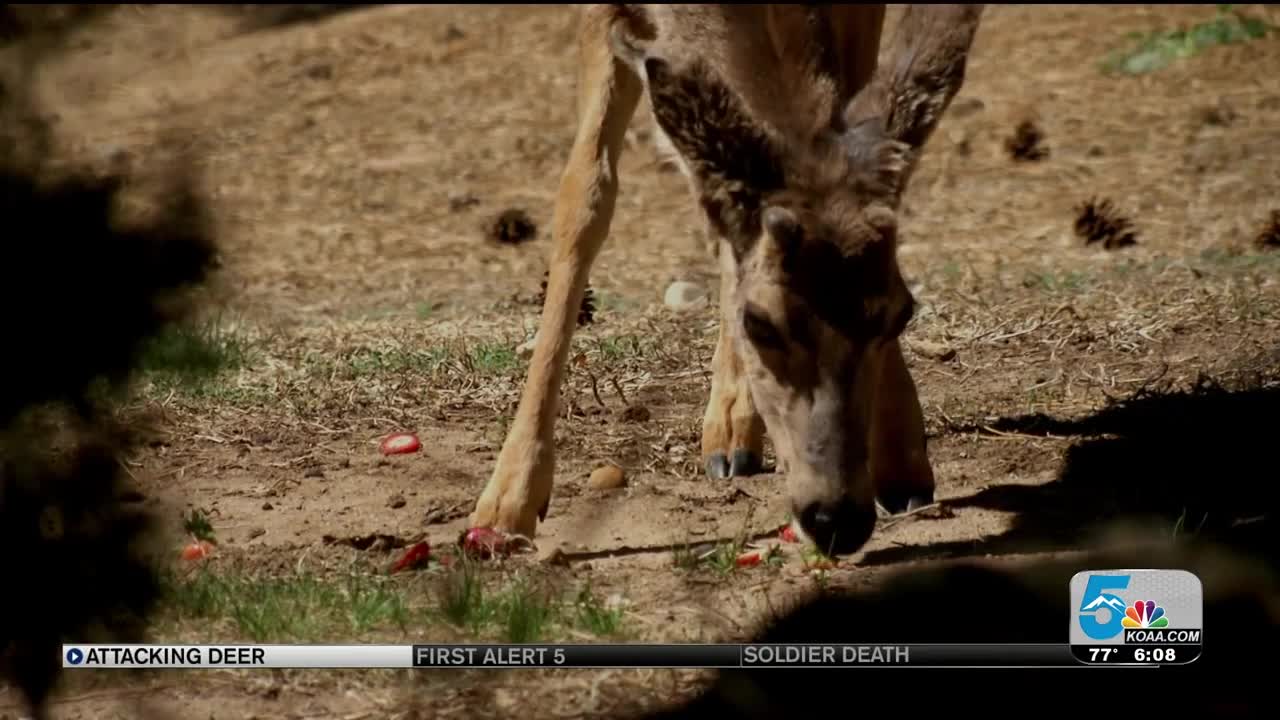 Two Colorado Springs families are speaking out after they say deer attacked their dogs in a local neighborhood. One family's dog got away injured. The other dog was killed on the family’s front lawn. It is adding to the debate on deer overpopulation in Colorado Springs.

The encounters happened in the North Carefree area of Colorado Springs. It is a suburban location between the busy Academy and Powers Boulevards.

“We have seen plenty of deer,” said Rachel Smith, who is dealing with the loss of her dog.

Despite heavy residential and commercial development, neighbors say there are a lot of deer.

Both dog owners say they thought deer were not much of threat and they now think different.

“I would’ve never thought in a million years that my dog would get killed by a deer," Smith said. "I mean it’s crazy, but it happened and it happened to me."

Looking out the window, she spotted a doe and two fawns crossing the street to her next-door neighbor’s yard. She stepped out with her little boy to look, but lost sight of them and went back inside the house. She did not realize her seven-pound Yorkie, named Mr. Jeffys, had gotten out while the door was open.

Minutes later, a neighbor was at the door.

"(My neighbor was) pounding on my door saying that my dog was on our lawn taking its last breath because the mom deer had stomped him to death."

Neighbors who witnessed the incident say the little dog did not bark and was calm, but the doe apparently thought he was too close to the fawns.

Word of the deadly incident spread in the neighborhood. It prompted Shaunna Simmons to speak out about a clash with deer that happened in her backyard a couple of months back. She let her 40-pound Shiba Inu out to her fenced backyard. She did not see two bucks that had jumped her fence and were out there. Seconds later she heard a scuffle and went running.

“He was trapped under a deer and the deer was kicking him,” Simmons said. “I was trying to get the deer’s attention by waving my arms and stomping my feet and finally my dog got loose."

She says her dog limped for a couple of weeks, but is okay.

Now both dog owners question the safety of having a high number of wild deer in their neighborhood.

“I feel that the deer are not afraid of people. At this point they’re so used to being around them, that I’m worried they’re going to harm another animal or a child,” Simmons said.

Smith said she's formed an opinion about the possibility of thinning deer populations as discussed by the Colorado Springs city council.

“I think absolutely, something needs to be done. They’ve overrun, they’re pests at this point, is the way I look at it.”

"First let me say, my heart goes out to the family that lost their Yorkie," said Colorado Springs City Councilman Don Knight.

He is one of the council members tasked with studying the deer population issue in the city.

"We've heard of neighbors losing pets to coyotes etc., but this is the first time I've heard of anyone losing a pet to a deer,” he said.

He said the pet versus deer incidents will now be part of the discussion. The city is already considering how many deer are in city limits, related traffic accidents, the concerns of predators moving in, disease, and environmental impact.