"We’re going to have to learn how to live with it": Polis outlines future of Colorado under COVID-19

“We want to dispel any notion that we can go back to the way things were in January or February of 2020." 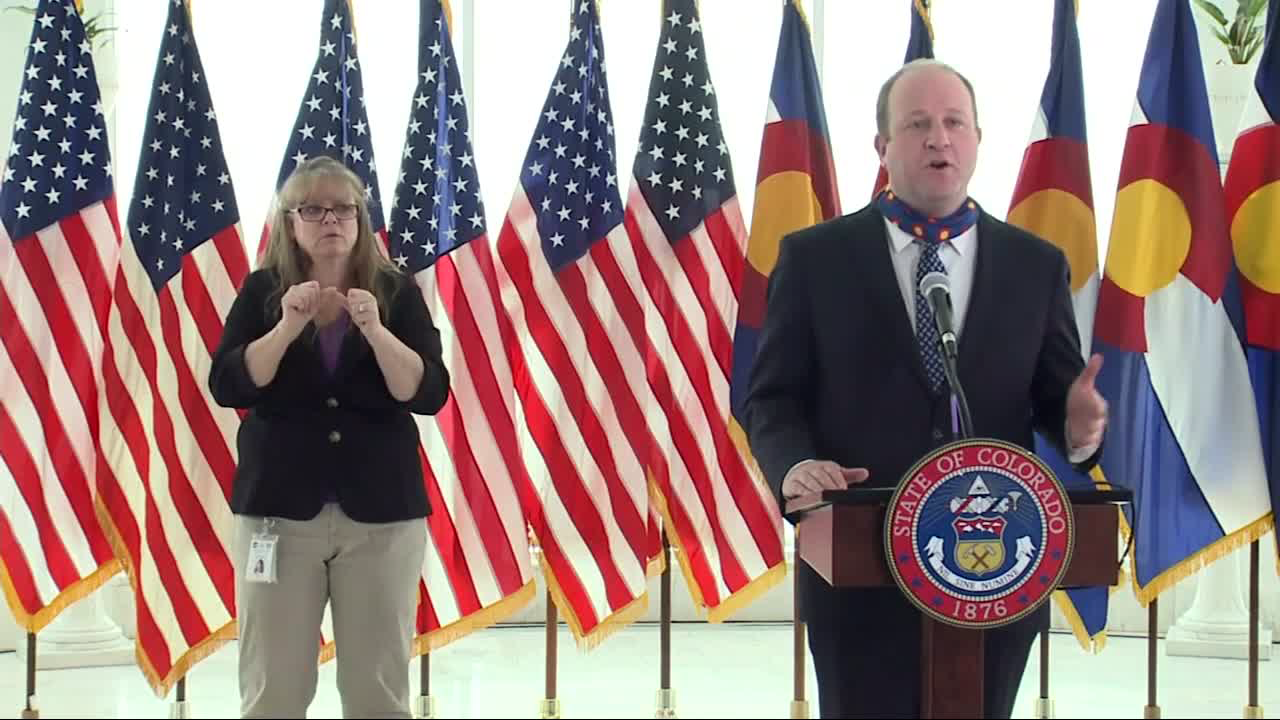 Copyright 2020 Scripps Media, Inc. All rights reserved. This material may not be published, broadcast, rewritten, or redistributed.
Denver7
Colorado Gov. Jared Polis on Wednesday outlined what is likely in store for Coloradans in the weeks and months ahead once some social distancing measures can start being lifted and some businesses reopened – saying it is unlikely people will be able to return to what they considered “normal” just weeks ago anytime in the near future. 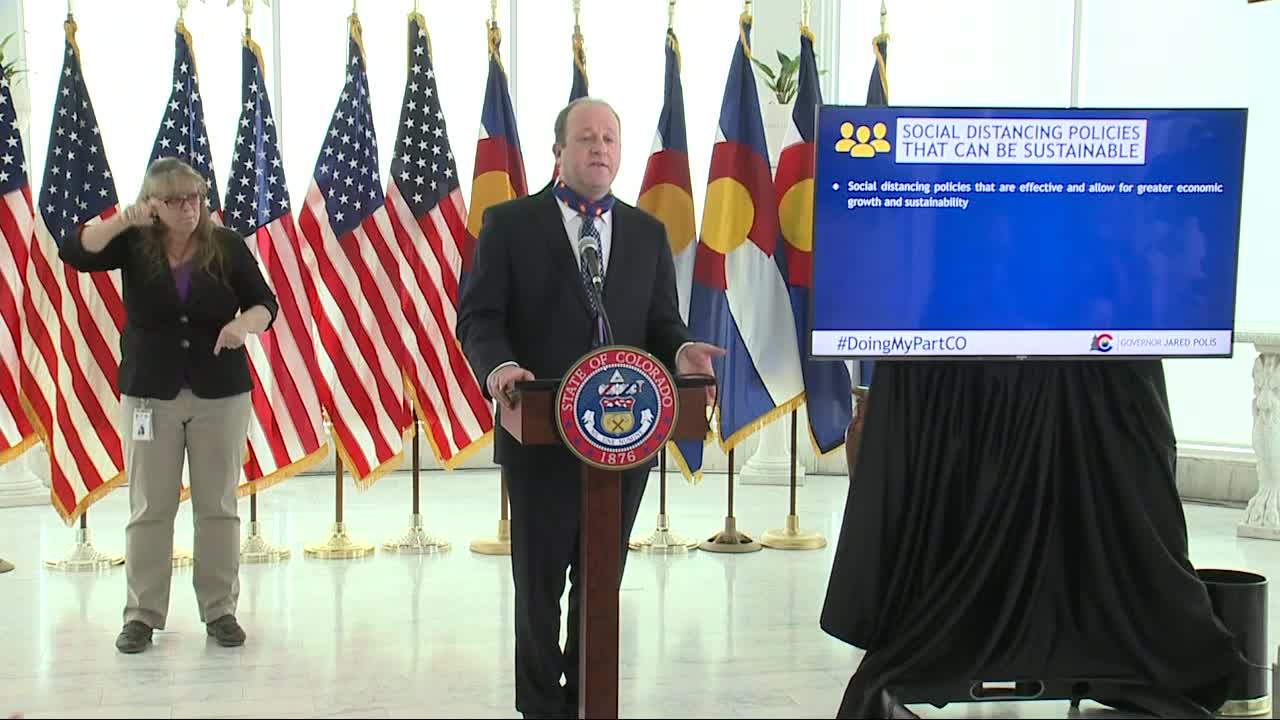 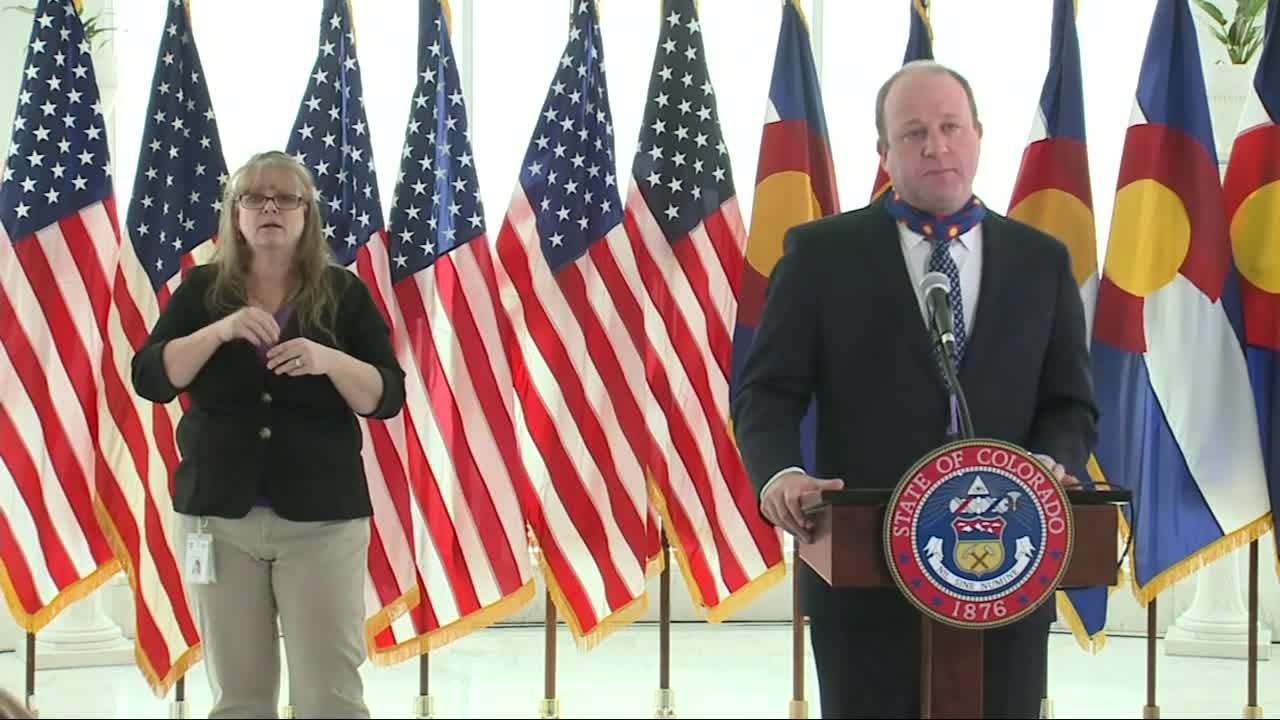 DENVER – Colorado Gov. Jared Polis on Wednesday outlined what is likely in store for Coloradans in the weeks and months ahead once some social distancing measures can start being lifted and some businesses reopened – saying it is unlikely people will be able to return to what they considered “normal” just weeks ago anytime in the near future.

“Coronavirus is going to be a part of our lives. We’re going to have to learn how to live with it,” Polis said, adding that Colorado and its residents will have to find a way to find a “sustainable” way to get back to work, to socializing and to caring for themselves and one another until a vaccine or cure for COVID-19 can be developed and implemented on a wide scale.

He said the next few days of data would be “critical” to the plan he and other state officials are putting together on when, and how, the stay-at-home order and other social distancing measures can start being gradually lifted.

The most recent models show “something of a plateau” in cases in Colorado, Polis said – something state public health officials and a modeler have also discussed in recent days.

If Colorado has already reached 80% less social interaction than normal, it’s possible cases could begin to tail off, Polis said, which he said officials were hopeful would be the case. But with 70% social distancing, there could still be case growth and the most-stringent distancing measures could stay in place longer.

Exactly what the data shows will determine what steps Colorado takes to begin lifting some measures on or before April 26 – the current expiration of the statewide stay-at-home order – or to keep the measures in place beyond then, Polis said.

“I wish relaxing restrictions was like turning a light switch on and off, but it’s more like a dimmer,” the governor said. “We’re likely to live along with it until it’s cured, or a vaccine is developed.”

He outlined a three-phase process in the COVID-19 timeline in Colorado. The first phase is the urgent phase – where Colorado is at right now, Polis said – where the spread of the virus is being slowed, facilities are being built up and more testing is coming online.

The next phase will involve “stabilization,” Polis said. Those efforts will include keeping the R0 value around 1 – meaning each person with the virus would only pass it along to one other person – as well as increasing testing, implementing contact tracing regimens and keeping social distancing measures of sorts in place for some period of time. Large gatherings would continue to be prohibited, and the state would make changes to distancing and closure measures on a dynamic basis, the governor said.

The third and final step would involve “recovery” and would only happen once a vaccine, cure or other treatment can be widely implemented, or herd immunity is developed, Polis said. At that point, Polis said that all restrictions that currently inhibit Coloradans’ lives could be lifted as public health officials monitor for outbreaks and isolate them.

Under the second and third phases, the most at-risk people – older Coloradans and those with pre-existing health conditions – would still likely see the strongest distancing measures in order to protect them.

He said he expected the state to know within the next five days what level of social distancing has been achieved so far and when some of those next steps might be able to start going in place.

Polis said he had been talking with the governors of Wyoming, Kansas, New Mexico and Utah about coordinating their plans together but that they had not formed an official alliance, as have some other states on the west and east coasts. But he said they were working well together on planning how to keep their guidance in line with one another’s so as to keep spread from happening across state lines as the states move forward with their respective restrictions.

He said they were also having conversations around how to share ventilators and other supplies through a regional approach.

Polis grew emotional when a reporter asked him about claims from some people that the public health orders were equitable to what happened in Nazi Germany and slammed those who would make such a comparison.

“Well, first of all, as a Jewish American who lost family in the Holocaust, I’m offended by any comparison to Nazism. We act to save lives -- the exact opposite of the slaughter of 6 million Jews, and many gypsies and Catholics, and gays and lesbians, and Russians, and so many others,” Polis said.

“That being said, we know that these steps are difficult. And it’s not a contest to see what you can get away with. It’s a contest to see how well you can stay at home. By not staying at home, by having parties, by congregating, you’re not sticking it to the government. You’re not sticking it to Jared Polis. You’re sticking it to yourself,” he added. “Because you’re putting yourself and your loved ones in jeopardy, and you’re prolonging the economic pain and difficulties that your fellow Coloradans face. Now is the time for us to act with unity, to act together, to be able to do the best that we can to stay at home except when absolutely necessary so that we can open up sooner rather than later, so that we can have more freedom quicker rather than later, and we can create a sustainable way for us to get by as a state and as a country."

Polis stressed that staying home and adhering to the stay-at-home order and social distancing measures was the quickest way to do so. And he said again Wednesday – as he has in recent weeks – that Colorado in the months ahead could only return to a “new normal,” a world with the novel coronavirus, and that it would be a long time before anyone might be able to return to what was once a normal life.

“We want to dispel any notion that we can go back to the way things were in January or February of 2020,” he said.