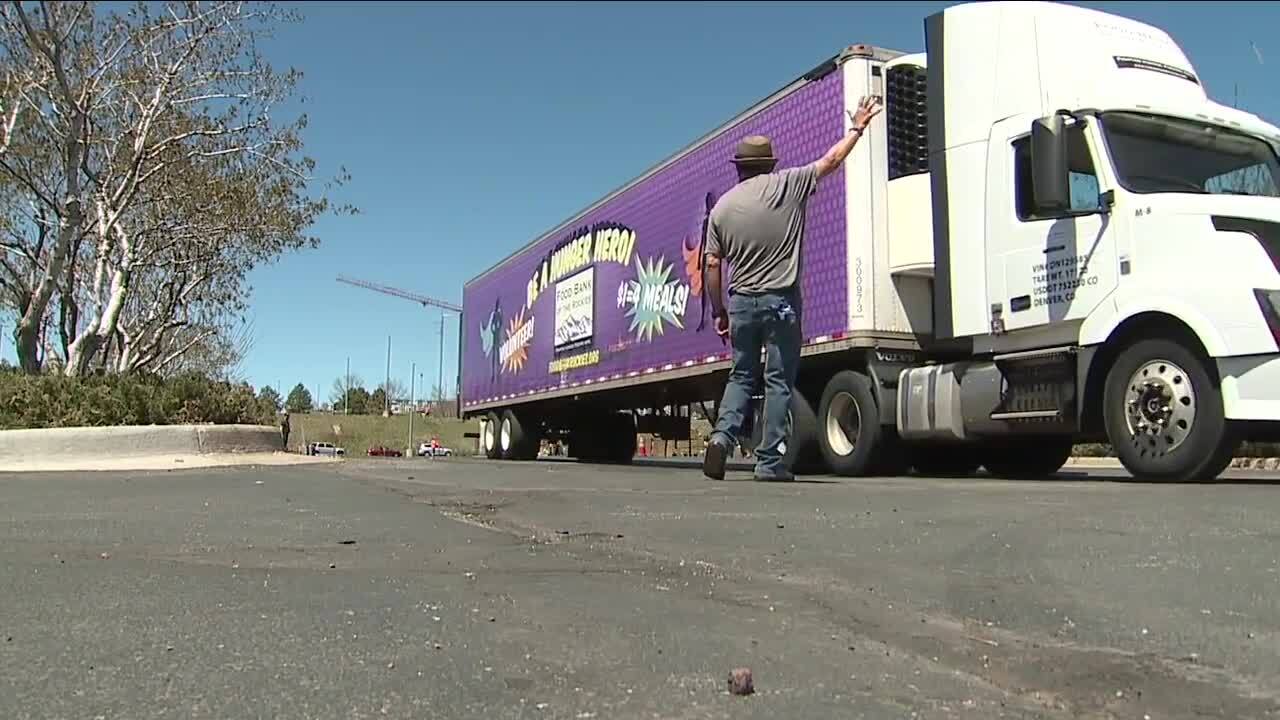 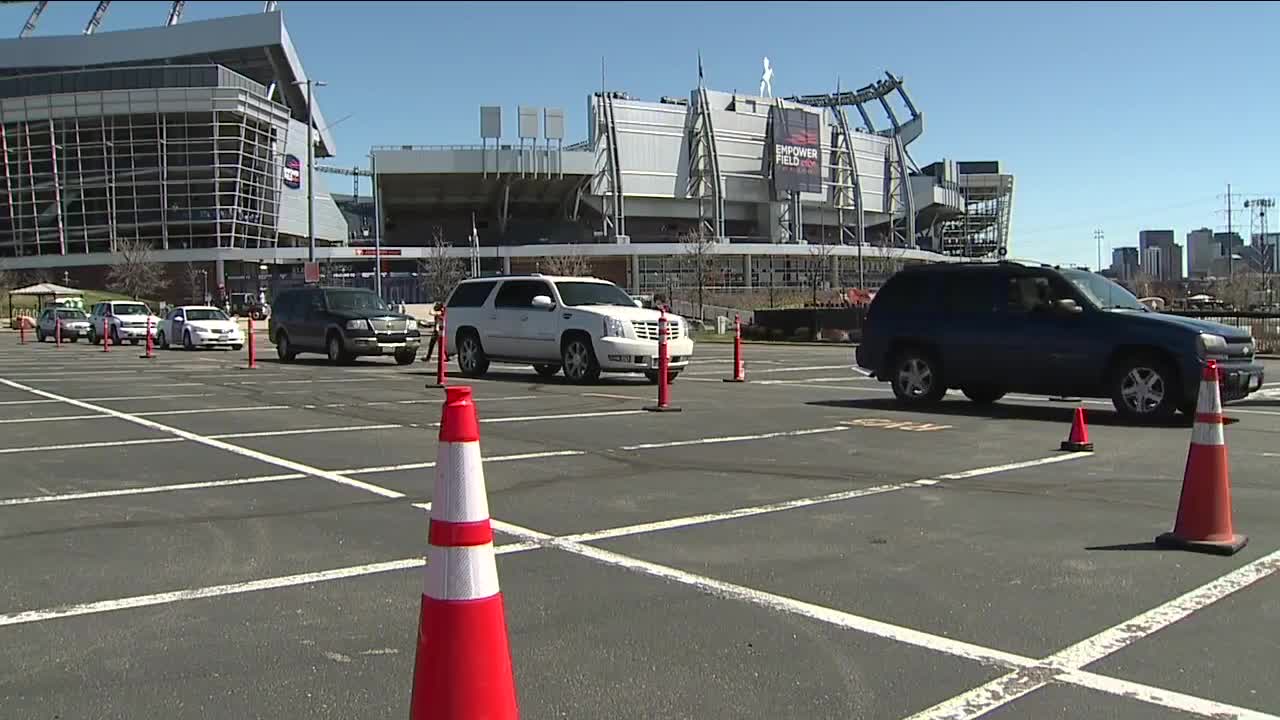 DENVER -- As food banks in Florida and other parts of the country try to absorb some of the perishable foods farmers have been plowing under, Colorado agriculture producers and food pantries are trying to get ahead of the issue here at home.

With thousands of restaurants, hotels and schools closed across the nation - many farmers are left with no buyers for their crops. Even as grocers saw spikes in food sales, the increases were not enough and led to a staggering amount of food waste. Dairy farms in Wisconsin were dumping milk. Farmers in Florida were forced to disc up fully mature green beans.

"Colorado has a later growing season, so we have not seen any food waste here from our farmers and ranchers," said Janie Gianotsos with Food Bank of the Rockies. "We certainly don't want to see any food go to waste."

“This is the first time ever that we have distributed food to 2,000 families in one place," Gianotsos said.

"We looked at our parking lot and obviously our stadium is closed, our facilities are closed,” said Allie Engelken, executive director for community development for the Denver Broncos. “We asked, 'what could we do as an organization that would still help?'"

And because food access is critical during the COVID pandemic, the Broncos felt this was one way to help.

"What they are doing is great,” said Edwin Coriano, who has an 18-month-old son and a 5-year-old daughter at home. “And all you have to do is pop the trunk. You don't even get out and they'll load it up for you. We have thousands of people that lost their jobs, and we also have people who still haven't received unemployment - so this is a great benefit for people not to go hungry."

Dozens of volunteers like Dudley Aguilar are stepping up.

“My wife works for the city, so I’m always willing to help with these things. This is the third one I’ve done,” Aguilar said. “I’m thankful to be healthy enough to come out here and help."

A tailgate party of sorts to tackle hunger.

"We know so many people are hurting right now," said Gianotsos.

"It's a great blessing to have something like this available,” Coriano said. “Because if we didn't - can you imagine how many people would be starving right now?"