Two deaths in Colorado linked to MIS-C, syndrome in children tied to coronavirus 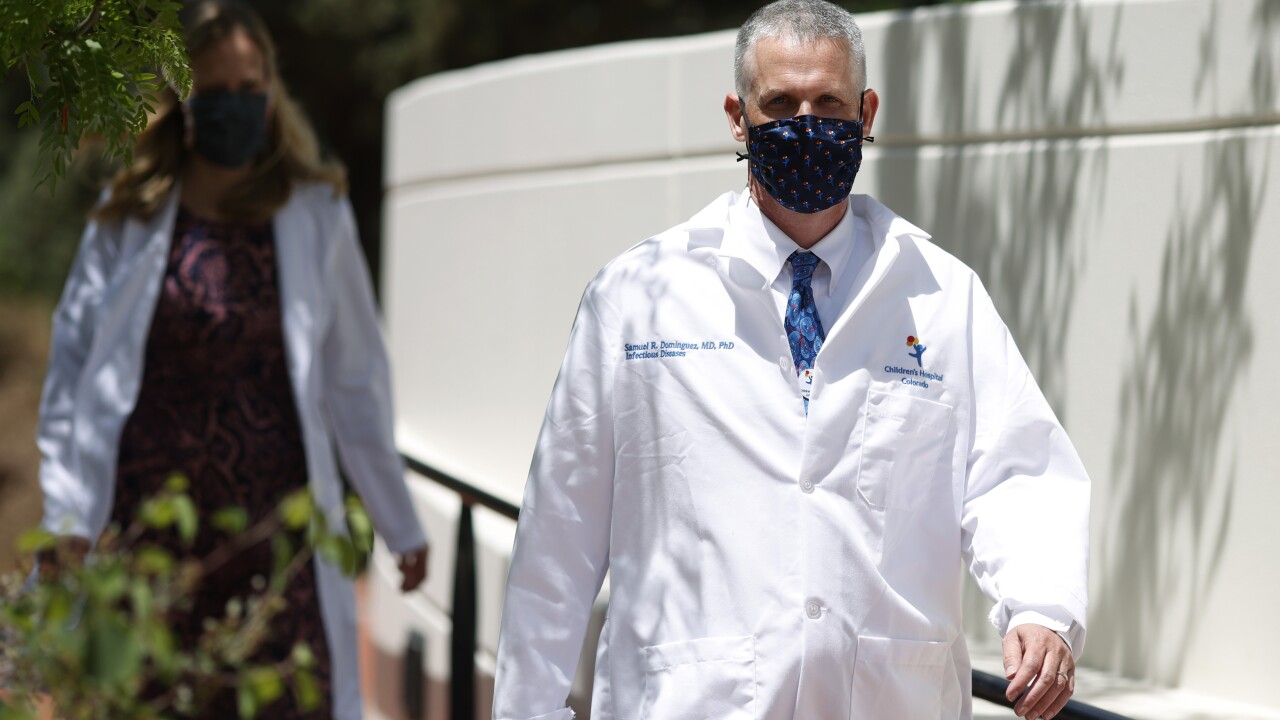 (Copyright 2020 The Associated Press. All rights reserved. This material may not be published, broadcast, rewritten or redistributed.)
David Zalubowski/AP
Dr. Samuel R. Dominguez, front, a pediatric infectious disease specialist at Children's Hospital of Colorado, heads down a ramp with Dr. Rachel Herlihy, the state of Colorado's lead epidemiologist, to a news conference with Colorado Governor Jared Polis to update the state's efforts to stop the rise of the new coronavirus Wednesday, May 20, 2020, in Denver. (AP Photo/David Zalubowski) 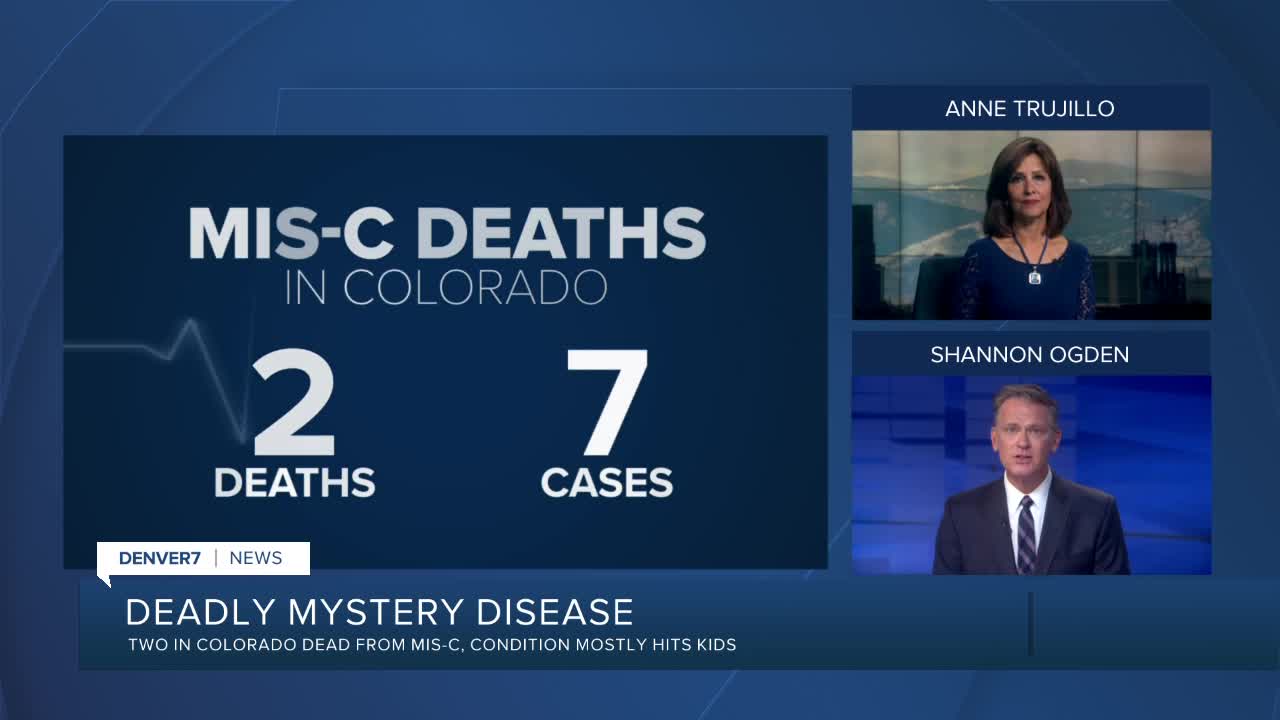 DENVER – Two deaths in Colorado have been linked to multisystem inflammatory syndrome, the mystery syndrome popping up across the country – mostly among children – that is linked to the novel coronavirus.

The Colorado Department of Public Health and Environment confirmed there have been two deaths in Colorado and seven cases in the state confirmed by U.S. Centers for Disease Control. The department said it could not release details about the cases, including the ages of the people who contracted the syndrome.

Colorado officials first warned about the syndrome, MIS-C, in May, when they said there were three suspected cases in the state and that Children’s Hospital Colorado was researching the disorder. The CDC says that all of the cases across the U.S. have involved people under the age of 20.

“To protect family privacy, we cannot share any other details at this time,” a CDPHE spokesperson said Thursday morning.

In May, Dr. Samuel Dominguez of Children’s Hospital said that initial information shows the syndrome generally affects children between the ages of 5 and 15, though there have been some cases of children up to age 20 having the syndrome.

He said that suggested the syndrome was a post-infectious or inflammatory response to the virus. Children typically have very high fevers for several days and typically experience body inflammation, particularly in the gastrointestinal system and sometimes in the coronary system.

Dr. Dominguez said that the syndrome can present similarly to Kawasaki syndrome, which similarly affects children through inflammation. But he said that early information is showing medical professionals some differences between the two.

Kawasaki syndrome typically affects toddlers and not older children and can include red eyes, lips and swelling of the hands and feet. State Epidemiologist Dr. Rachel Herlihy said in May that parents should look out for any of those symptoms in their children and consult with their doctor as to whether their children should come in for treatment.

The CDC says that the average age of children in which MIS-C presents is 8 years old. It has also disproportionately affected Hispanic/Latino and Black Americans – with about 70% of cases reported by the CDC occurring in those two groups.

Most cases developed 2-4 weeks after a person was infected with SARS-CoV-2. Eighty-six percent of cases have occurred in children under age 15.

The CDC’s case definition for MIS-C involves a person aged under 21 showing lab evidence of inflammation, severe illness requiring hospitalization, with multisystem organ involvement and no plausible diagnoses, as well as a positive current or recent test for SARS-CoV-2, COVID-19 or antibodies for the disease

Physicians are also advised to “consider MIS-C in any pediatric death with evidence of SARS-CoV-2 infection.”

Roup Hardowar will never forget the horrifying experience his son lived through.

HIs 8-year-old son, Jayden, was lifeless on his bed of their New York City home. Hardowar felt helpless.

Jayden was rushed to the hospital. Doctors later diagnosed the 8-year-old with MIS-C after testing positive for COVID-19.

“It wasn’t something we thought would have come in our home”, said Hardowar.

Doctors were able to treat Jayden and he walked out of the hospital two weeks later.