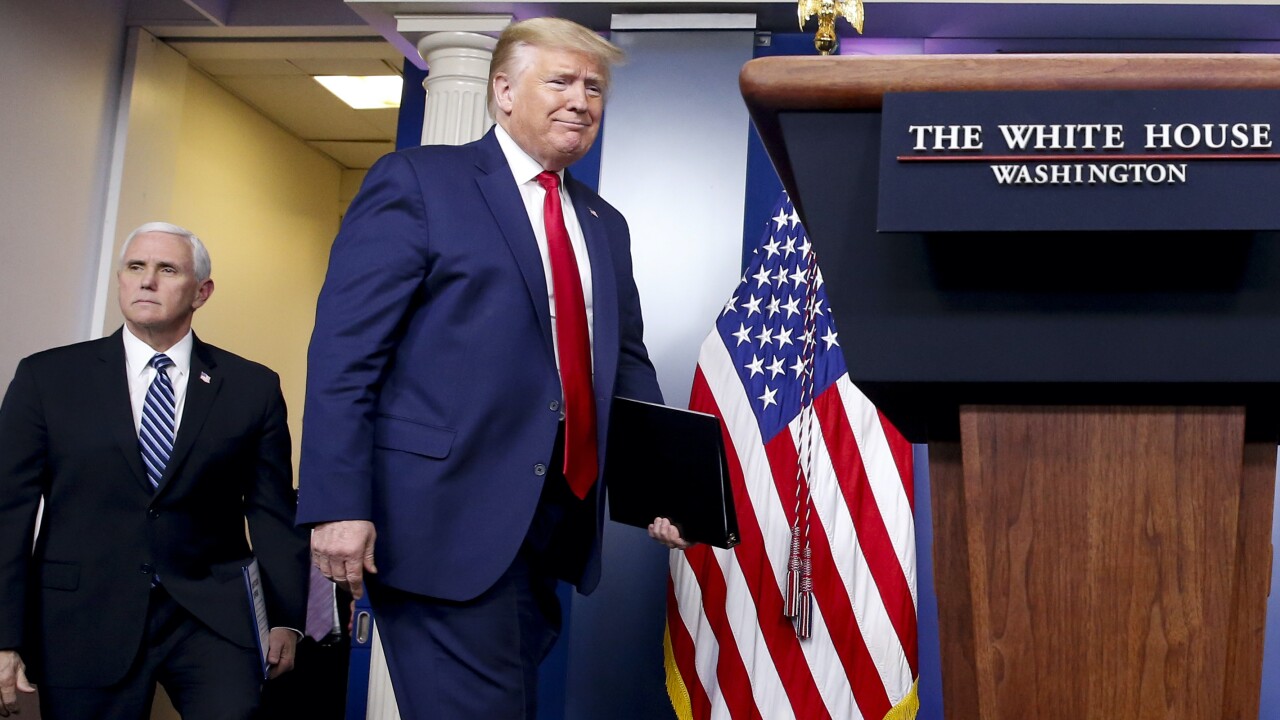 President Donald Trump and members of the White House coronavirus task force will held a news briefing on Thursday.

Thursday marks the 12th consecutive day that Trump has held a news briefing on the coronavirus.

Before his Thursday briefing, Trump bragged about the television ratings the news briefings draw, comparing the television audience to major events such as "Monday Night Football" and the "Bachelor" finale.

"The Wall Street Journal always “forgets” to mention that the ratings for the White House Press Briefings are “through the roof” (Monday Night Football, Bachelor Finale, according to @nytimes) & is only way for me to escape the Fake News & get my views across. WSJ is Fake News!" Trump tweeted.

Johns Hopkins University data shows that more than 16,000 people have died from COVID-19, with one-third of those deaths reported in New York City.